Set for Dec. 9 and 10 at The Forum in Inglewood, this year’s roster boasts performances from Morrissey, Muse, The Killers, and Queens of the Stone Age, all A-list festival headliners in their own right. Additionally, the likes of Weezer, The Lumineers, Foster the People, Phoenix, Run the Jewels, Cold War Kids, Judah & the Lion, Royal Blood and X Ambassadors will all be performing over the two nights.

“For the 28th year, KROQ is proud to announce another great line-up for the most anticipated alternative rock show in the country,” said Kevin Weatherly, CBS Radio Los
Angeles Senior Vice President of Programming, in a statement to Variance. “We are thrilled to be able to support the charities that benefit from these amazing two nights of music.”

Tickets go on-sale this Friday (Oct. 20) at noon PST. All proceeds will benefit Para Los Niños and the Al Wooten Jr. Heritage Center, both of which aim to improve educational resources for families in Southern California.

See the full lineup below. 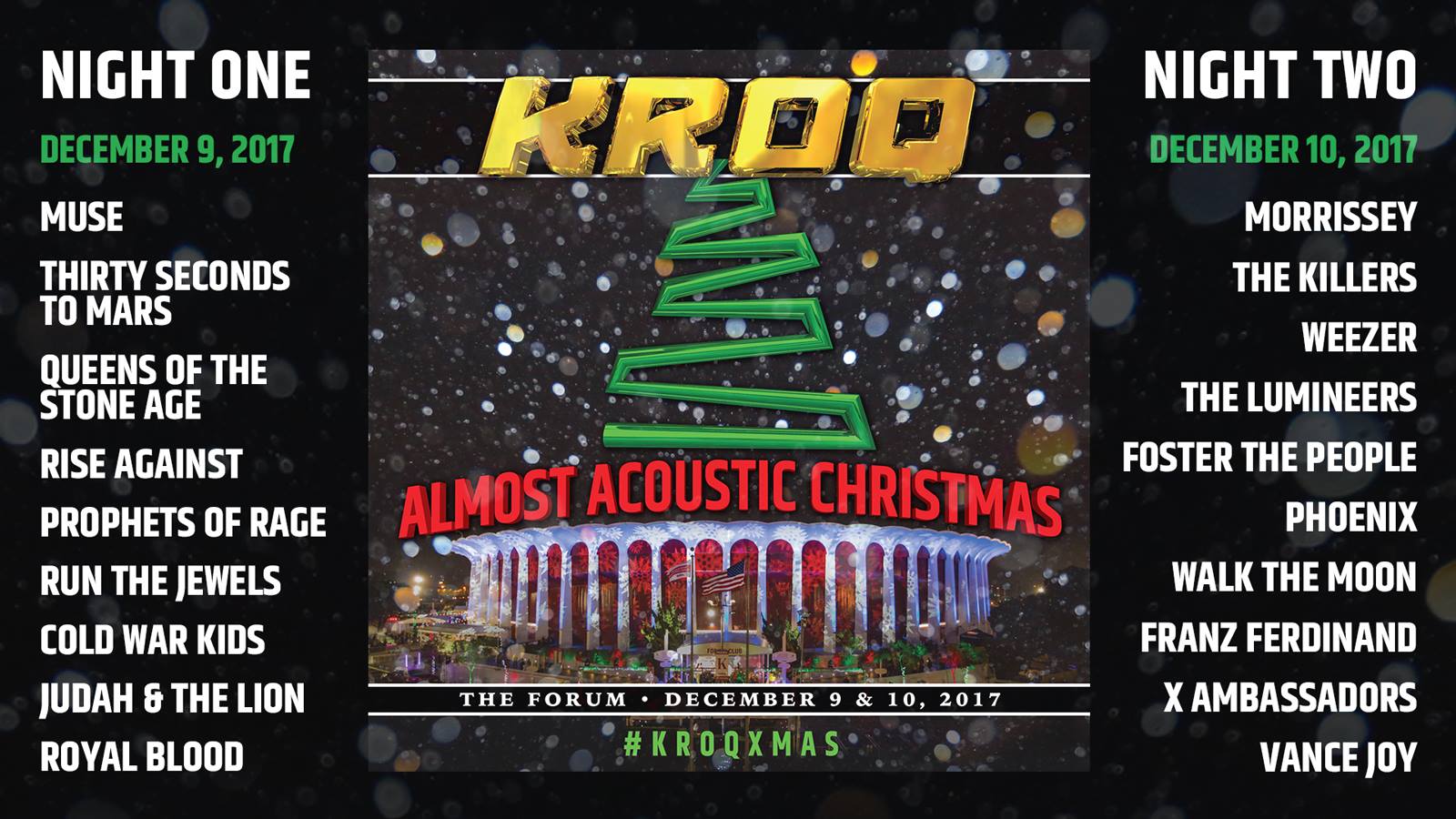