Marshmello’s latest single with Selena Gomez, “Wolves” was another notch in the producer’s collaboration belt. His already extensive back catalog of rappers and singers is about to be bolstered even further with the impending release of his new single with Migos. Moe Shalizi, Marshmello’s official manager, confirmed back in early October this would for sure be the next single.

Currently being one of the most highly awaited collaborations within the music space, it has now been confirmed that their debut joint effort is set to appear on the soundtrack for Netflix’s upcoming original movie ‘Bright‘ starring Will Smith, Joe Edgerton and more. The title for the upcoming song it titled ‘DANGER’. With the album reportedly set for a December 13 release, check out the tracklist below and watch the official movie trailer as well.

Next @marshmellomusic single is with migos. That’s a fun one

After that me and @Migos got something for the mellogang!

The hype for this single has been high since news first surfaced on it in October. We can’t wait to see What this thing sounds like. 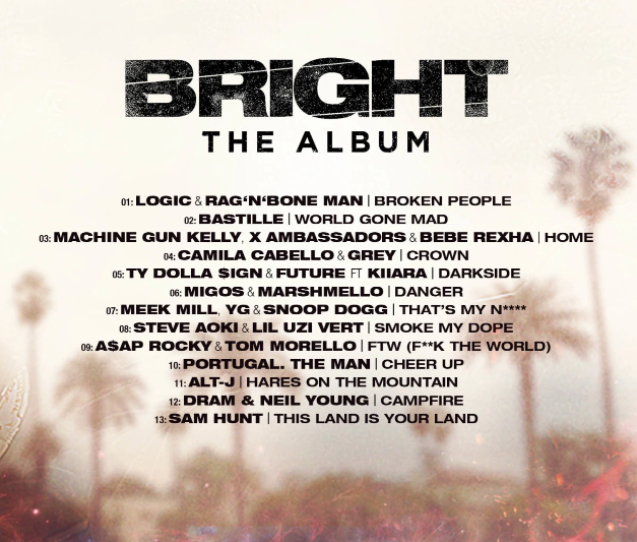