Over the past 3 years, Minimal Effort has asserted itself as a forerunner in the busy Los Angeles market, cutting its teeth on forward thinking bookings with an ear turned perpetually towards the smarter and more authentic shades of electronic music. Riding on the energy of its expanded and refined Halloween event, Minimal Effort New Years Eve will see live sets from Techno greats Recondite, Stephan Bodzin, Audion, and Nicola Cruz, plus standout DJ performances from the likes of Simian Mobile Disco, &Me, Francesca Lombardo, Sacha Robotti, The Desert Hearts Crew, Amtrac, Chrome Sparks, Kastle and Human Resources with more to be announced.

Minimal Effort Halloween marked a pivotal moment for the brand as they moved to the expansive LA Center Studios. 3500 dance music fans gathered before the idyllic backdrop of the Downtown Los Angeles skyline for one night of world-class music, ushering in a new contender for the city’s underground spotlight.

It is with much momentum and the support of their ever-growing following of party-professionals that Minimal Effort turns towards its biggest event to date, a continuation of its efforts in helping to foster the international House and Techno community from their own backyard. Tickets to Minimal Effort NYE 2017 Los Angeles are now on sale! 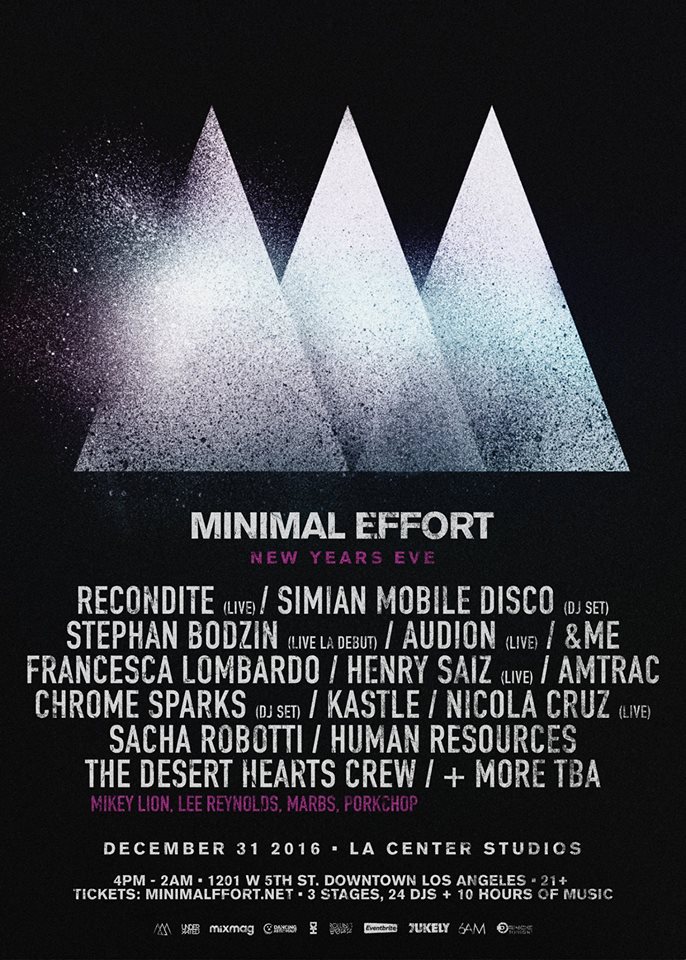