After a five-year hiatus, Canadian electronic music producers MSTRKRFT (Jesse F. Keeler & Al-P) sprang back into action in March with the release of “Little Red Hen” (Last Gang Records). The duo also made a handful of appearances in Austin for SXSW, revealing their new live show. Now MSTRKRFT will emerge again with a select run of U.S. tour dates this June.

Kicking off June 1 in Washington D.C., MSTRKRFT will embark on a seven-date tour taking them to Boston, Chicago, San Francisco and Los Angeles, where they’ll perform live shows. They’ll also head to Denver and north back into Canada in Ottawa for DJ dates. The complete routing follows below.

2011 was the last time MSTRKRFT was heard from with the release of the single “Back in the USSA.” It capped off an incredible run for the Toronto electronic dance music disruptors that began with their Juno Award-winning debut album The Looks in 2006. Electrifying festival appearances at Bonnaroo and HARD Summer followed in addition to high-profile official remixes for everybody from Katy Perry and Kylie Minogue to Wolfmother, Justice and Bloc Party. 2009’s Fist of God boasted collaborations with the likes of John Legend, Ghostface Killah, E-40, N.O.R.E., Lil’ Mo and more as it predicted an eventual crossover between hip-hop and electronic music on the horizon. 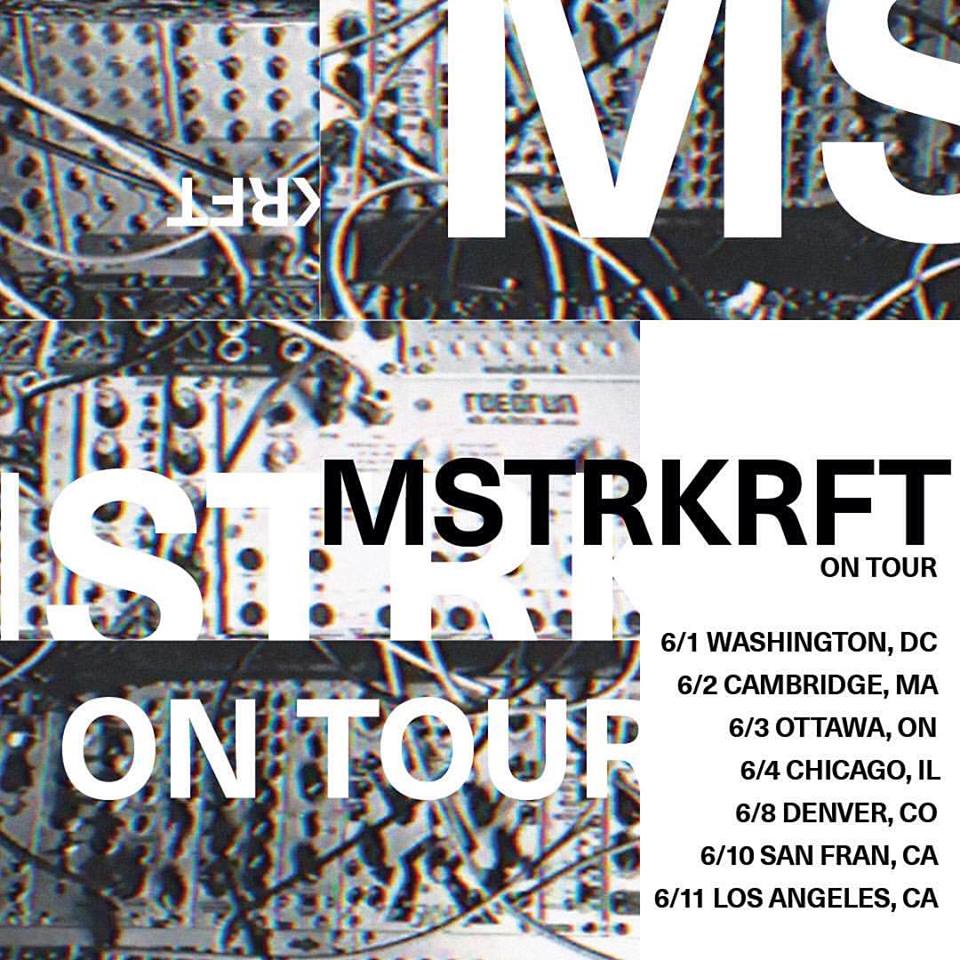