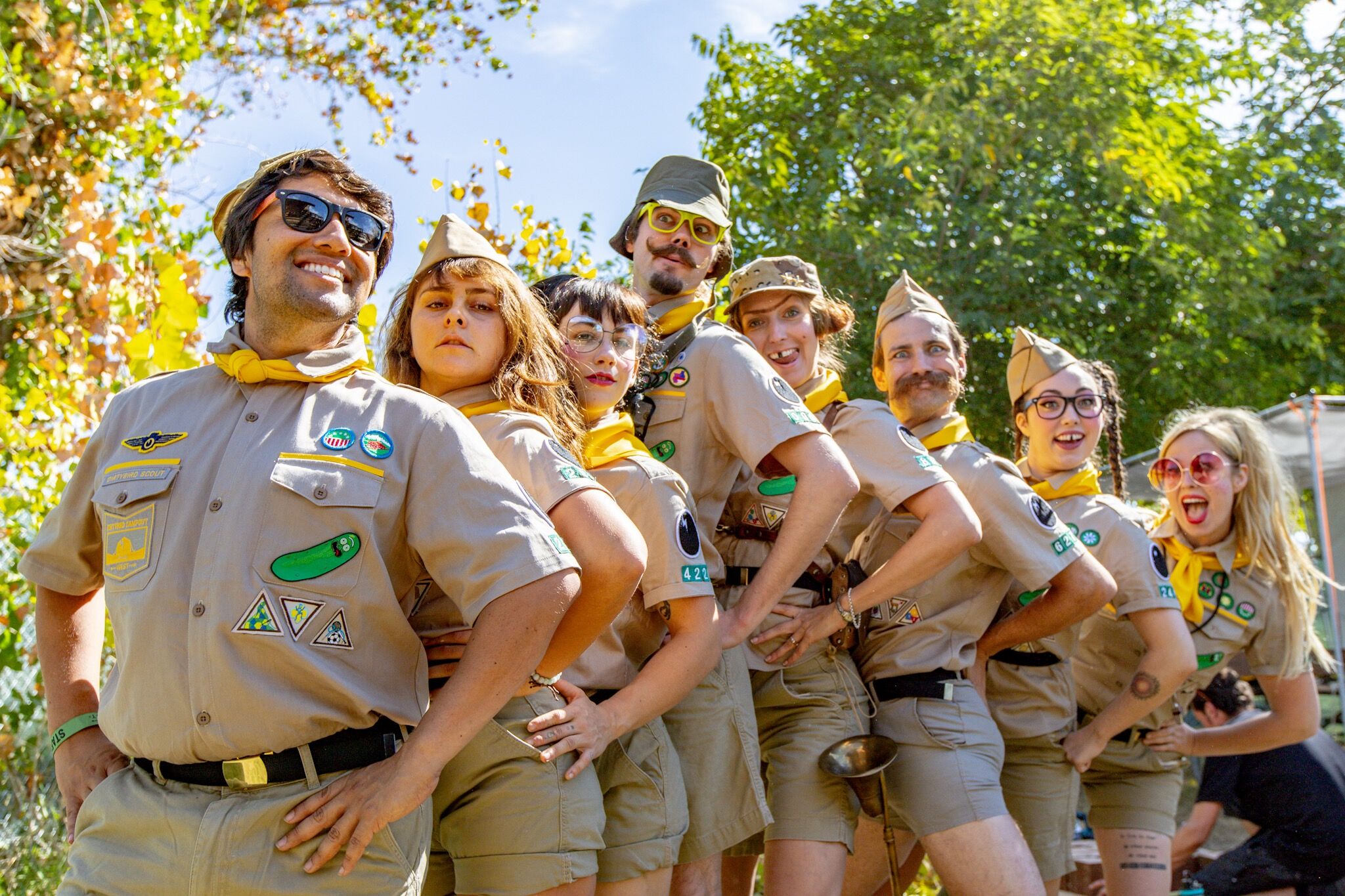 Dirtybird Records is a “tech funk” label created by Claude VonStroke back in 2005. Since then, the label has risen to have an almost cult-like following, creating a brand that promotes family. It is a special festival, filled with, as Claude said, “the best fans, happiness, and joy”. VonStroke stated during the weekend that, “DirtyBird is my life. It’s all we do. Our children yell at us because they say all we talk about is Dirtybird but who knows, maybe they’ll do it too.”

Well, bird is the word.

Five years ago, Claude came up with the idea for a music festival. Not just any kind of festival- a summer campout themed music festival. And so Dirtybird Campout was born. Earlier in 2018, Claude and the team took Dirtybird from the West to the East coast for the first time, where they hit a few bumps in the road (including sound permits being pulled, a day without music, and PitBull fighting for the Birdies to be able to dance on). As October rolled around, Dirtybird West came back for its wooden anniversary in a brand new location-Modesto Reservoir in Northern California. 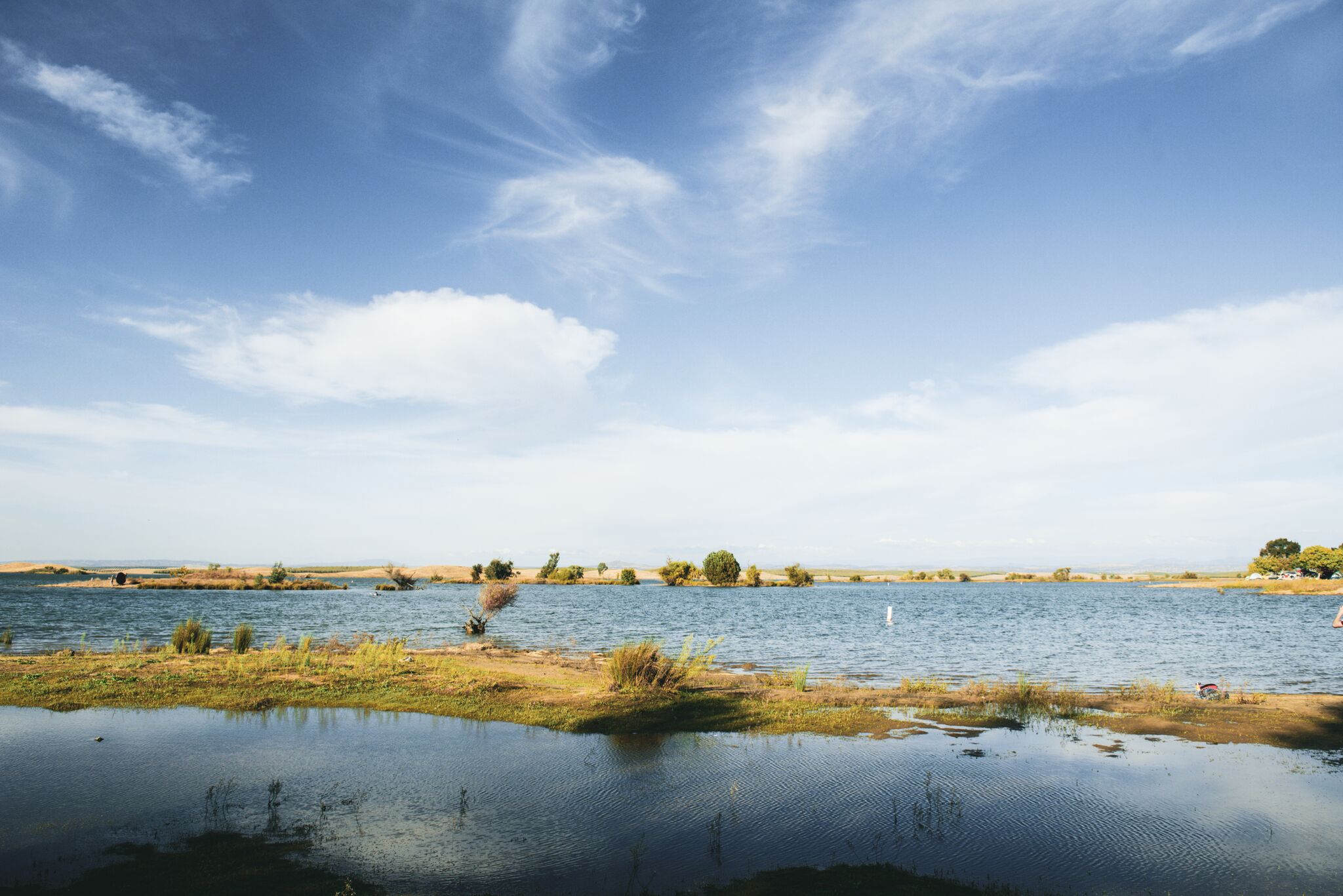 Dirtybird West has changed location three times in the past five years, and everyone was interested to see how Modesto would fare. A huge benefit to Modesto was the beautiful lake in the middle of the campgrounds, resulting in less dust and in general, water. The lack of water was a common issue for past Campouts in drought-prone California.

For those who arrived with early arrival, they were able to enjoy beats at the Bass Lodge for a pajama-themed pre-party. Onesies were everywhere, letting everyone keep warm in the NorCal chill, be festive and comfortable, and welcome in what was sure to be a great weekend. 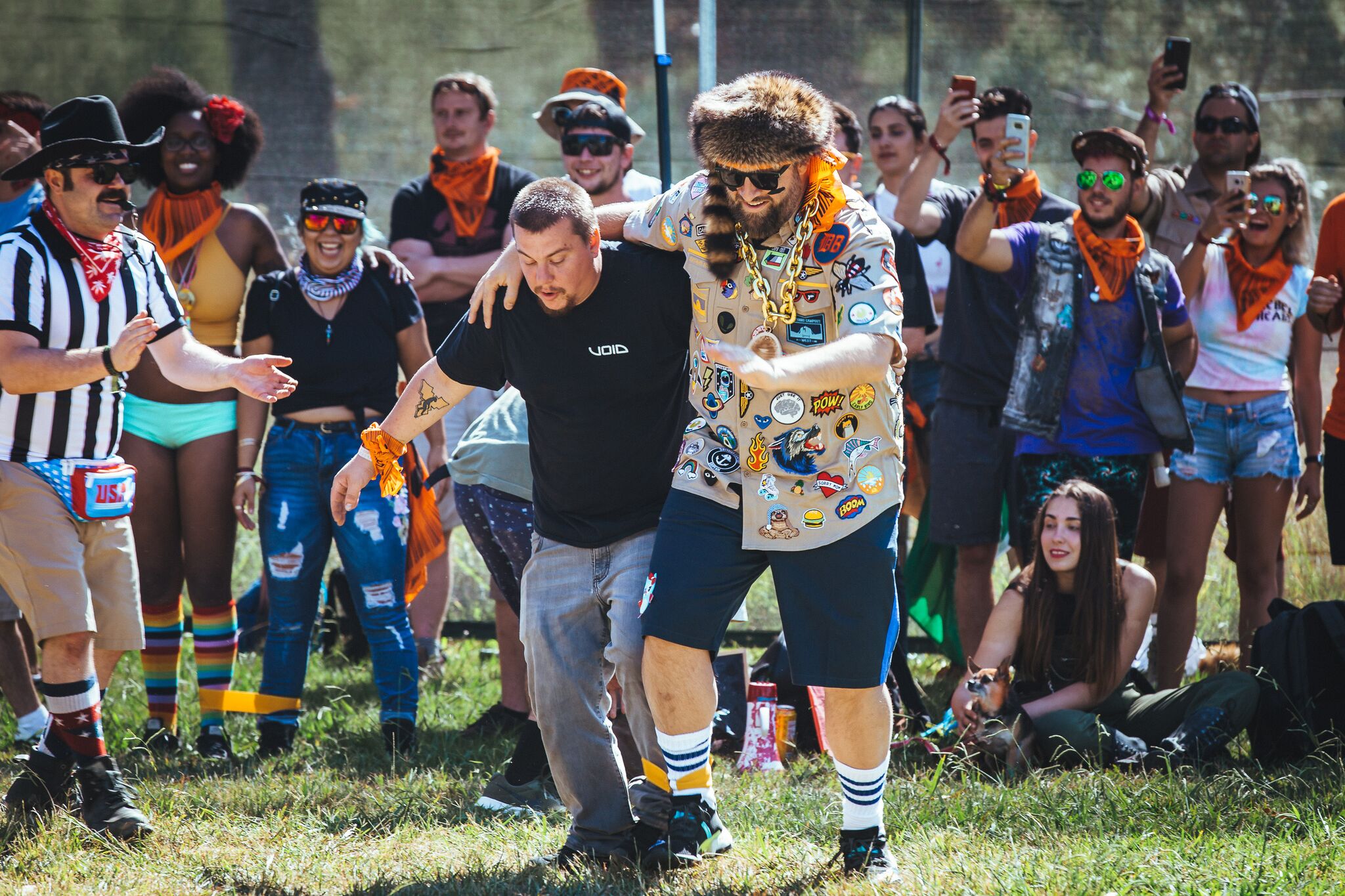 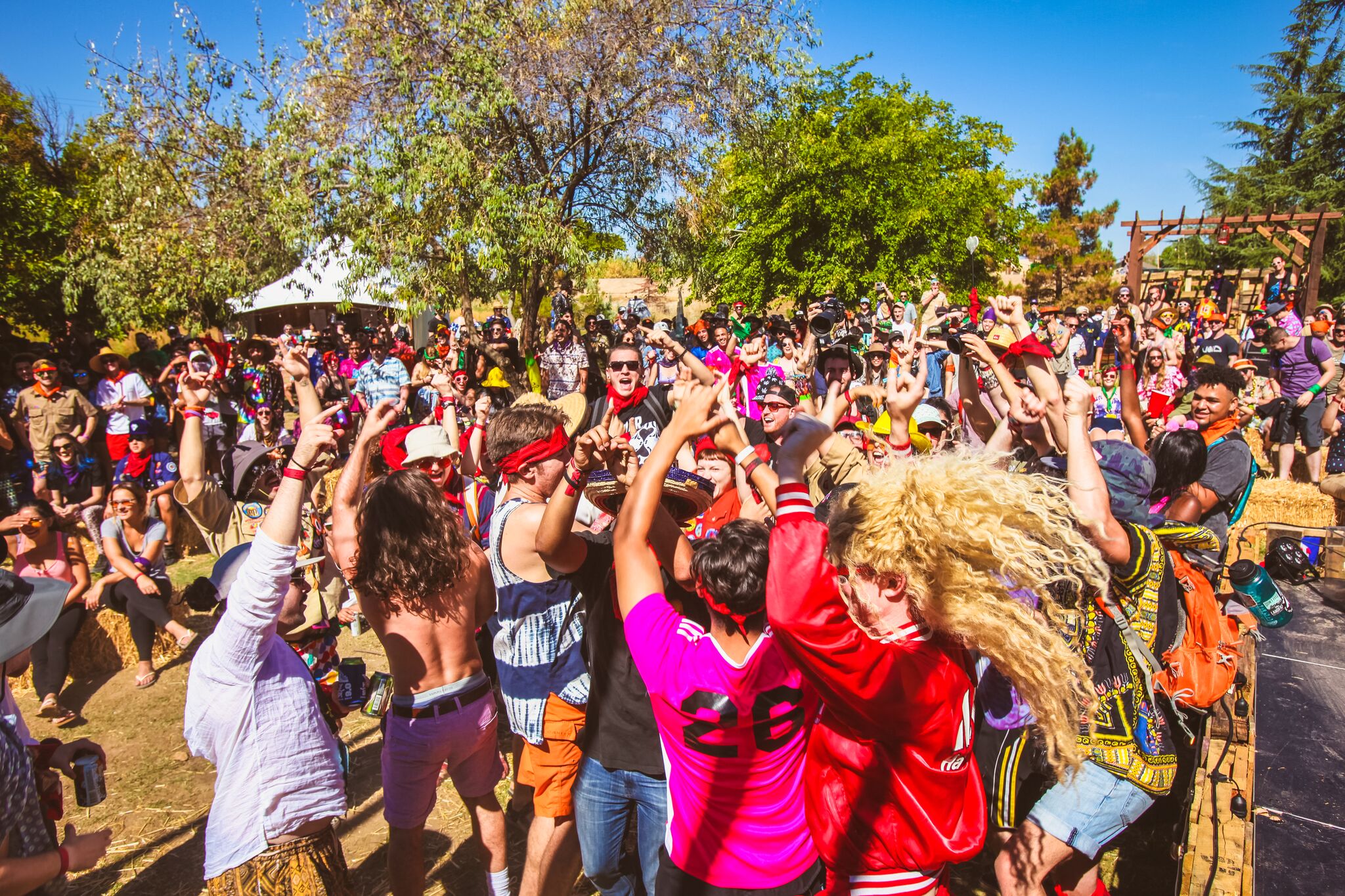 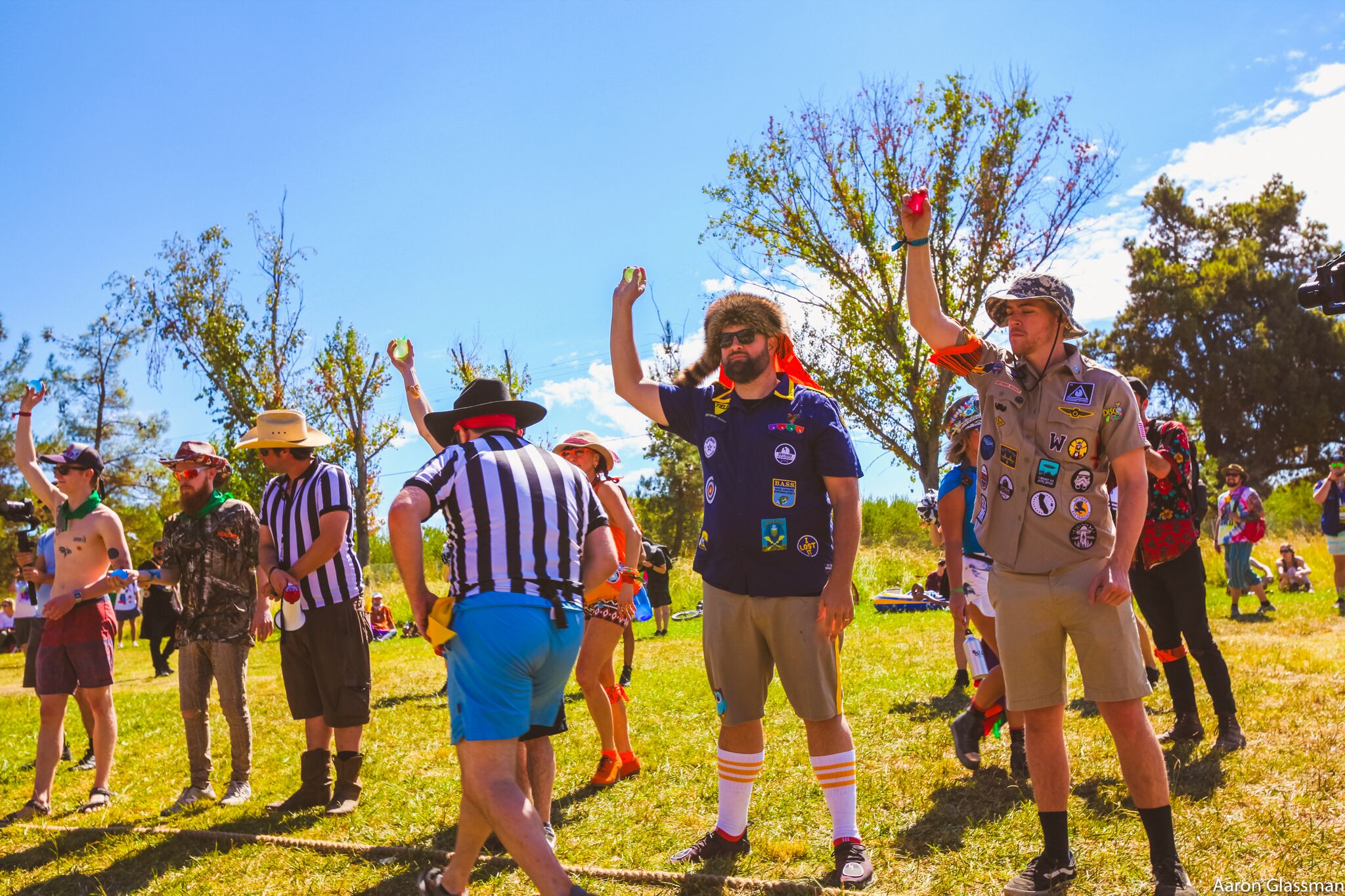 The next day began with opening ceremonies, as everyone came and collected their color team bandannas.  The people were ready to play these legendary games every camper knows too well about. Claude was on the orange team this year, and showed up, as usual, to every single game. The activities ranged this year and included potato sack racing, tug-of-war, kayaking, water balloon toss, fire-pit storytelling, and volleyball. The awesome part about this festival is so many of them included the Dirtybird artists themselves. Yoga on Saturday with OMNOM was one of the craziest yoga classes to be a part of. Not only was OMNOM DJing and patches were there to be won, but there was twerking and champagne pouring happening as well. The teams built a real spirit together, as chants of, “Orange juice it up!” “It doesn’t matter!” and “What is red backward? DER!” rang throughout each activity.

Campout had two stages – The Birdhouse and the Bass Lodge (which, if it is at Modesto again, we now know to bring bikes to, as it was quite the walk around the grounds.) The Bass Lodge was also home to the after-hours silent disco, where surprise guests, such as Mija, appeared each night. The silent disco combated the sound ordinances that Campout had to adhere to. While it is usually a festival that has sets playing until the sun rises, the sound permit in Modesto mandated the music to stop at 2 am. The sound rules also made a few unhappy with how low the volume was during the festival, but it allowed Campout, according to a Facebook post by a person who worked sound, get the green light for after hours. 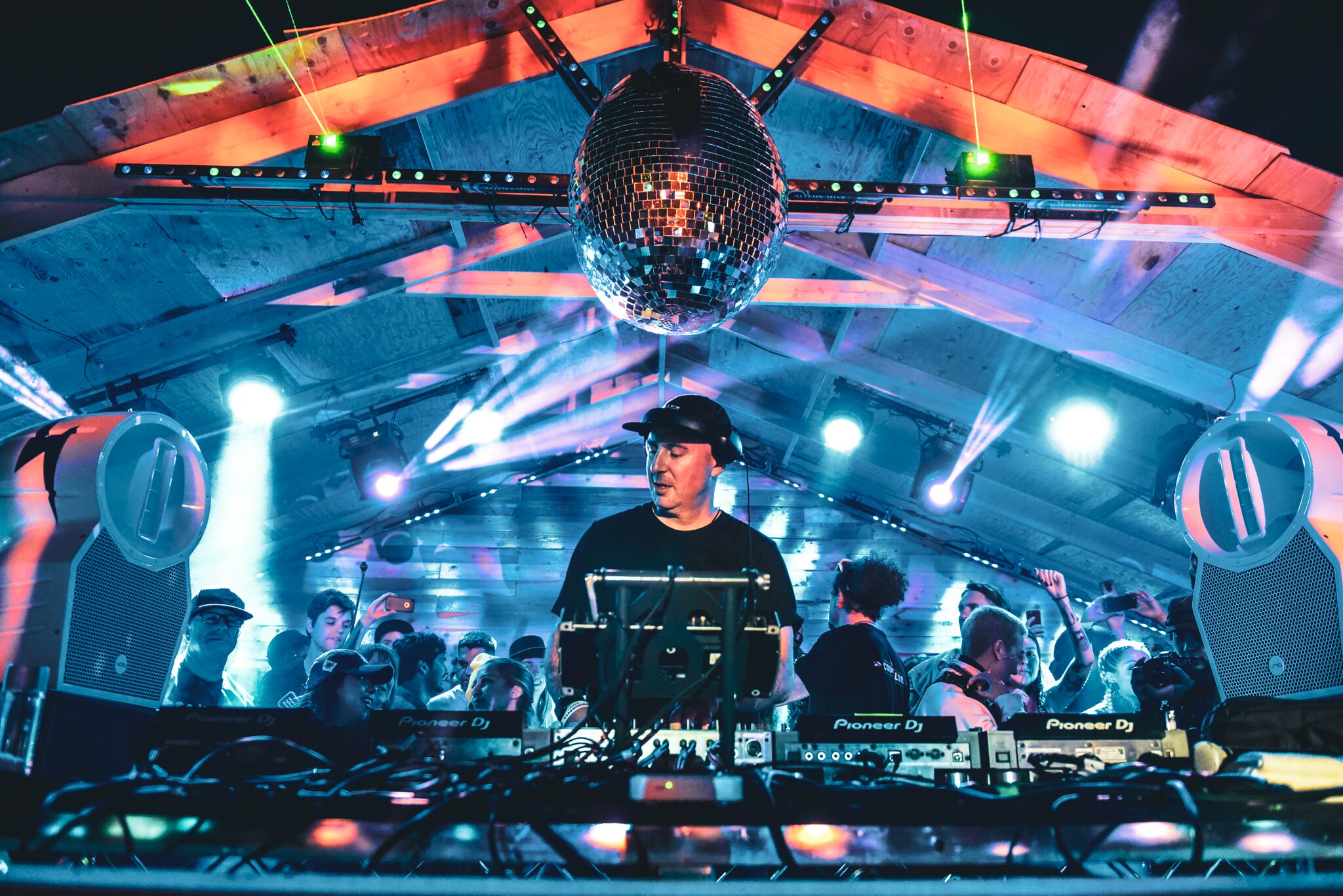 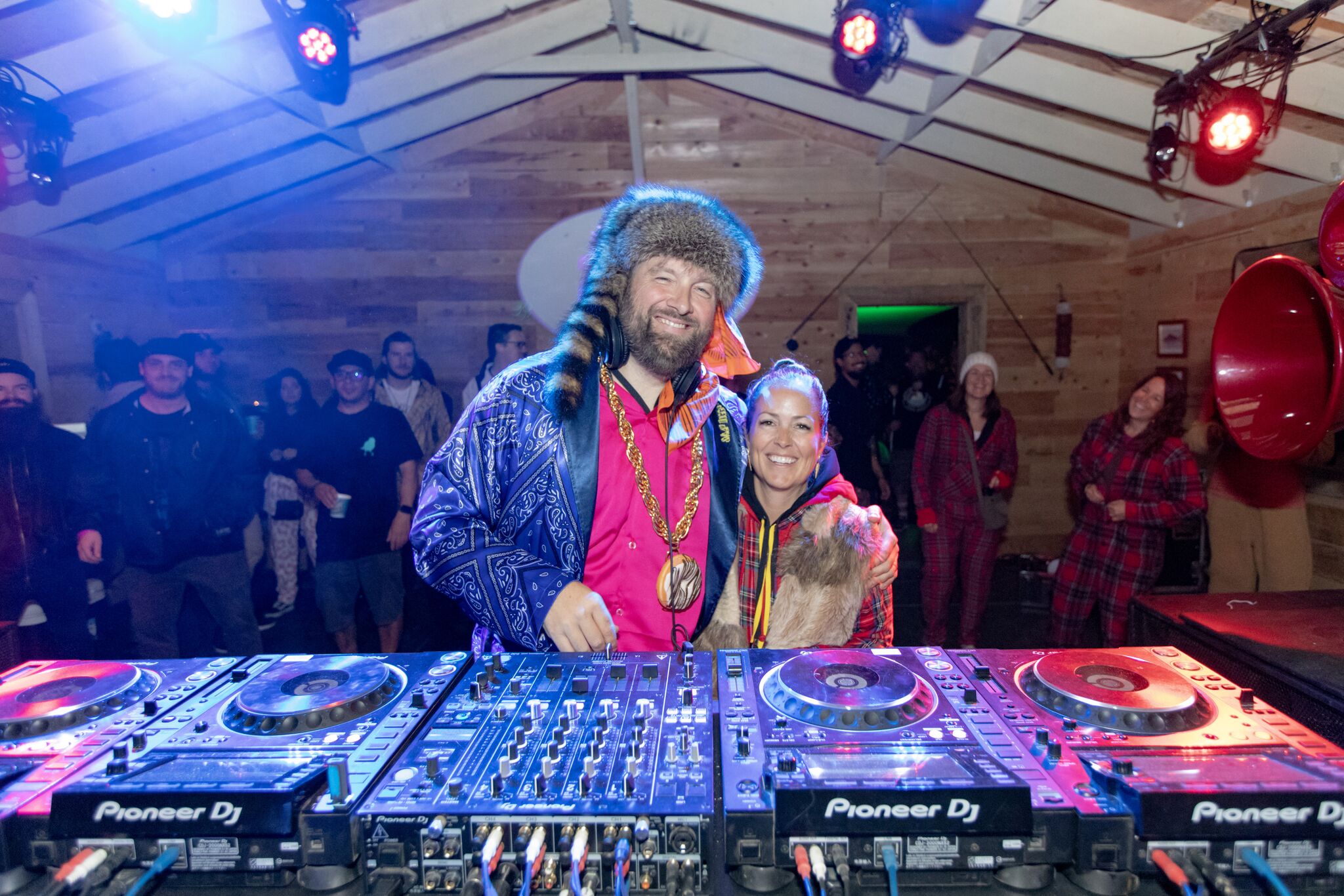 Each set throughout the weekend did not disappoint. Claude threw down both as VonStroke and as Barclay Crenshaw. Fisher, Chris Lake, the Martin Brothers (both separate and together), VNESSA, and many others gave fluid and continuously excellent sets. For a few of the artists, this Campout (or another prior) was their first time playing in the States, and to one of the best crowds they could- DirtyBirds.

The weekend closed with the red team winning on the games side and a family set with music. DBC traditionally closes with a family set, something that many Dirtybirds enjoy. It is a way for many of the artists who have played over the weekend to throw down one last time, and even a few who didn’t to appear for the fans.

Coming away from the weekend, Birdies everywhere had mixed reactions. Many were vocal about how this year, theft and disregard for the environment was much more rampant than previous years. A festival based on respect, leaving no trace, and being a bird family, the consensus was the hope that the growing popularity of the festival does not continue to bring in bad eggs. DBC is capped at a smaller number than other fests, so as to create a true community. Despite all of this, plenty of environmental Steven Seagull patches were given out (as were so many other patches, pins, and other swag!), plenty of others continued to turn things for those who lost them, and even more continuously posted about how great the staff and Dirtybird community are.

If you’re a DirtyBird, I’m a DirtyBird. Or maybe it is that bird is the word. Either way, we can’t wait until the next one.