A lot of you have been asking for Nocturnal Wonderland 2020 updates and we finally got one thanks to Pasquale Rotella, but don’t hold your breath. He does have an important question to ask all of you.

So the real question is! Should Insomniac cancel this years Nocturnal to focus on the 2021 edition OR bring it back to Glen Helen this September? Personally, I say BRING THAT BEAT BACK to Glen Helen. 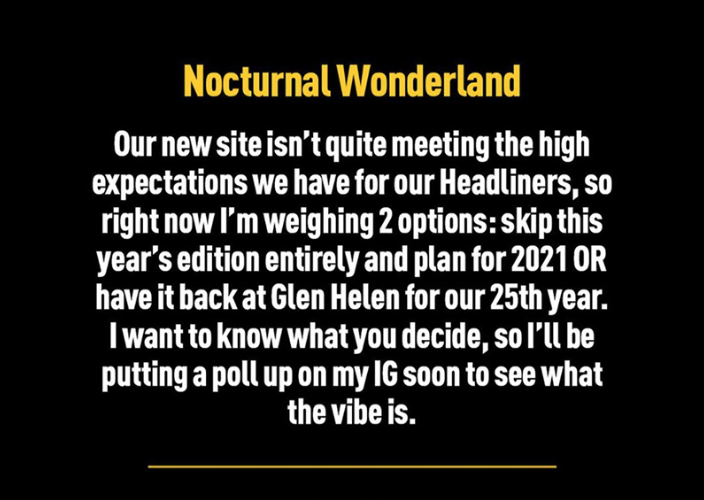