Not one, but TWO petitions have surfaced this week asking for EDC Las Vegas to grab a slice of Ultra’s big act of the weekend. Considering that they’re officially back together, Swedish House Mafia is exciting people into demanding they be a part of their Summer 2018 festival experience. The last time we all saw Swedish House Mafia play EDC was at the Vegas debut back in 2011 so it’s time they make their way back to the Speedway for a quick reunion. 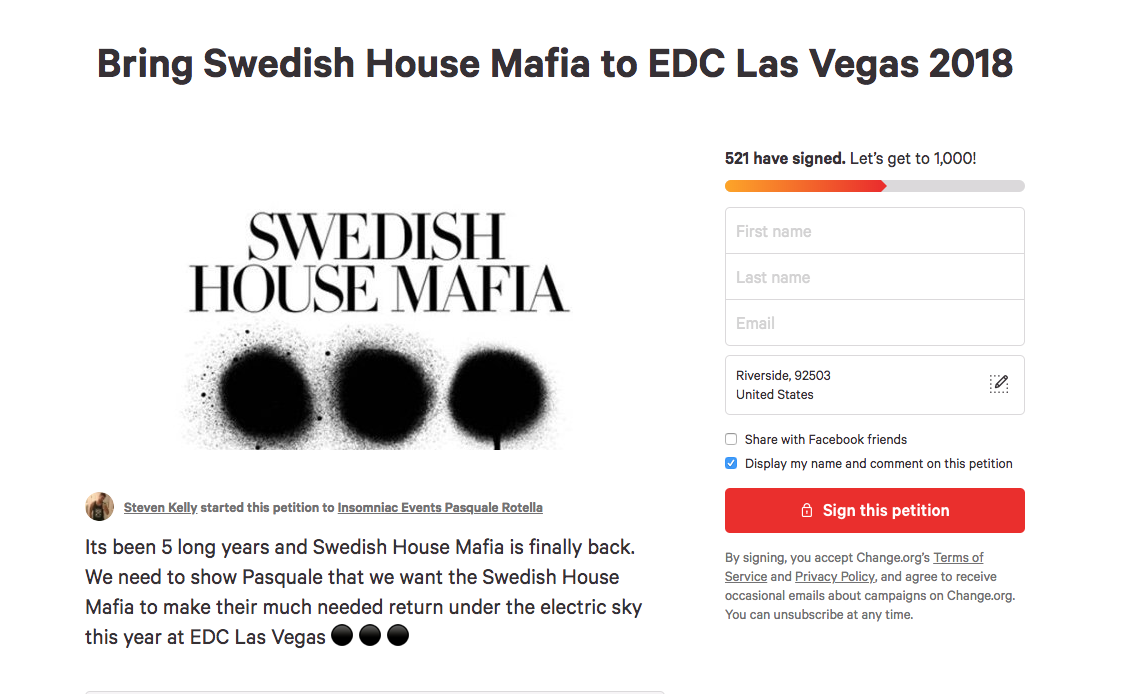 Both petitions have a modest 1000 signature goal, most likely with the intention of breaking that goal multiple times over. While one only has 54 at the moment, the change.org petition has already gained over 500. Whether or not a tour right off the bat is SHM’s goal is anyone’s guess at the moment. More likely than not, they’re planning on finishing their music and having their next released planned before playing their material…but this is a group that loves to surprise, so keep posted for sudden announcements. For now, Buy Your EDC Las Vegas 2018 Passes since its now 90% SOLD OUT!

For those who missed SHM the last time they played EDC Vegas, listen to the set below