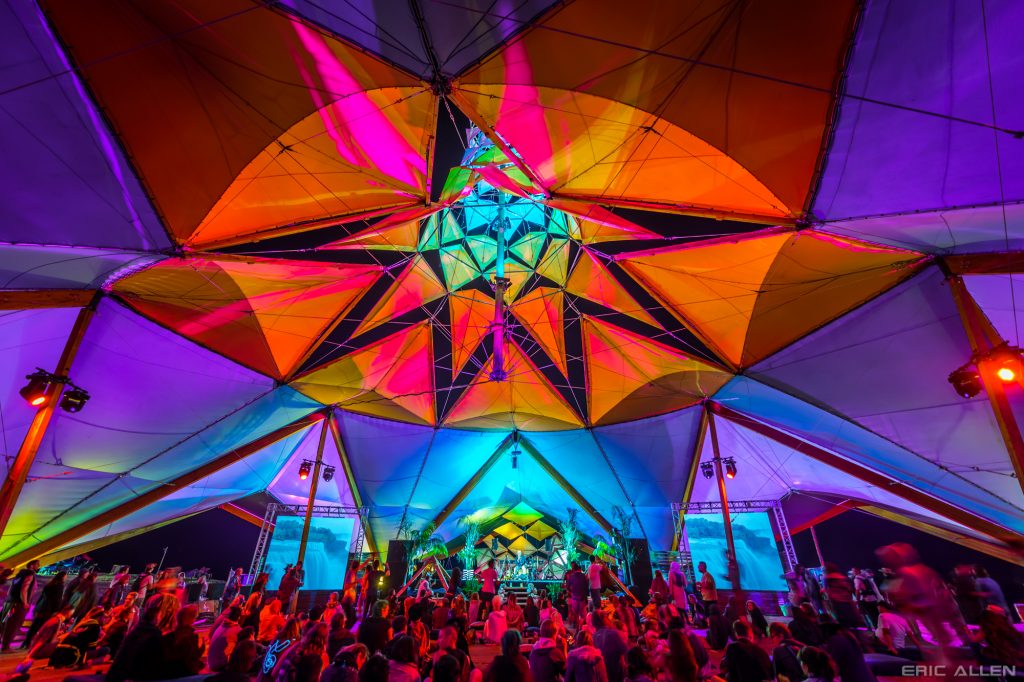 People go to festivals for many reasons, but one is to escape reality. A festival is somewhere you can roam free, wear whatever you’d like, and express yourself in every way possible.

We escaped our normal lives last weekend and landed at the 14th annual Lightning In a Bottle Festival, where we found a new reality.

How do you write about an experience that is indescribable? Well here goes my attempt:

For early bird pass holders who arrived Wednesday, it was the pre-pre-party, as I’d like to say. The finishing touches to the festival were being worked out, and attendees were settling in for a huge weekend ahead of themselves. We headed out early Thursday morning and after a few hours of driving, we arrived in Bradley, California. As soon as we saw the festival and campgrounds, real life was only a distant memory. Although the first day was a bit gloomy, the beautiful natural landscape overlooking the full and fresh lake signified a magical weekend was upon us. We would be taking the gloominess for granted as temperatures would rise. 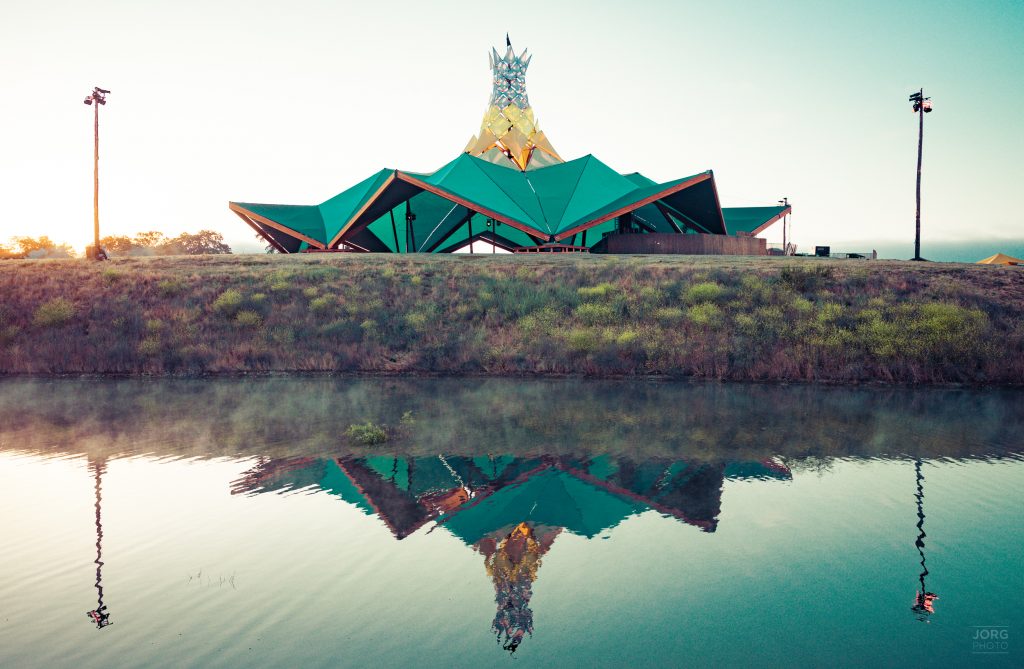 As soon as our campsite was set up, we headed out to venture the grounds and admire everything Lightning in a Bottle had to offer. Not only was the festival a sight to see, but everyone’s campsites were impressive and fun to look at. Can’t forget to mention all the lovely bugs that helped us pitch our tents, like the grasshoppers, crickets, mosquitoes, flies, random unnamed creatures, and our favorite: wolf spiders!

Unknowingly, we camped at the farthest campsite called “The Sticks,” which wasn’t so bad since we had our own peninsula on the lake, which was a bit more secluded. As we trekked off from one campsite to another, the abstract stages in the distance caught my eyes, and I was fixated on them all weekend long. We walked up and down steep hills to cross over to each different camps like Oasis and camp Highground. 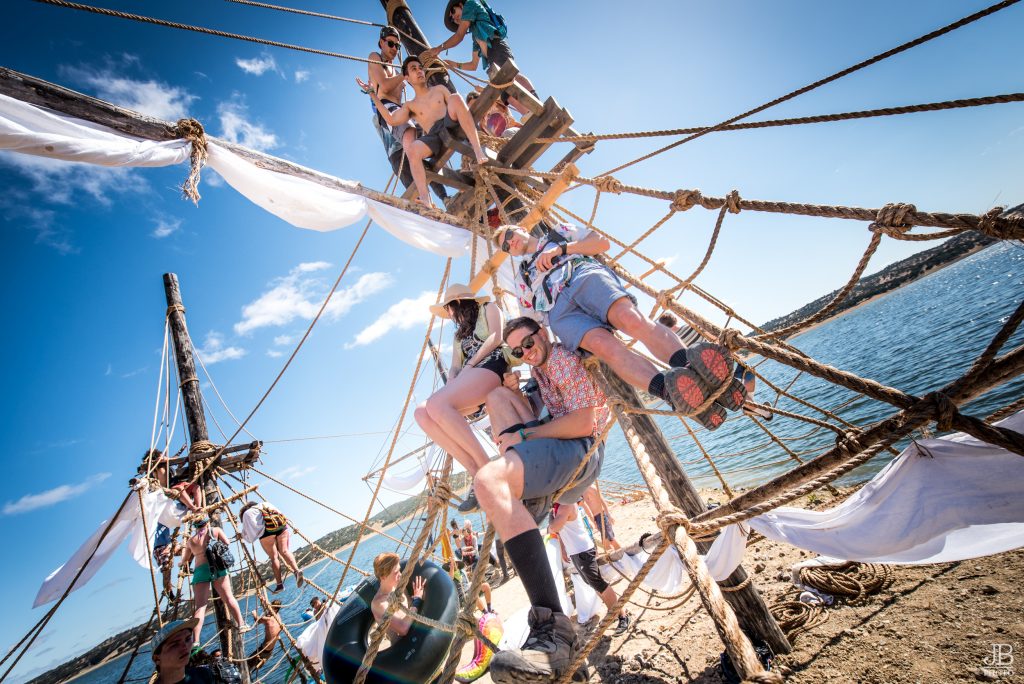 After observing all the dazzling art and structures like the Tall Ships, we stopped by the Favela Bar that was playing groovy techno, when suddenly, everyone was overcome with joy as the sun came out from behind the dark clouds, a perfect way to start an amazing weekend. 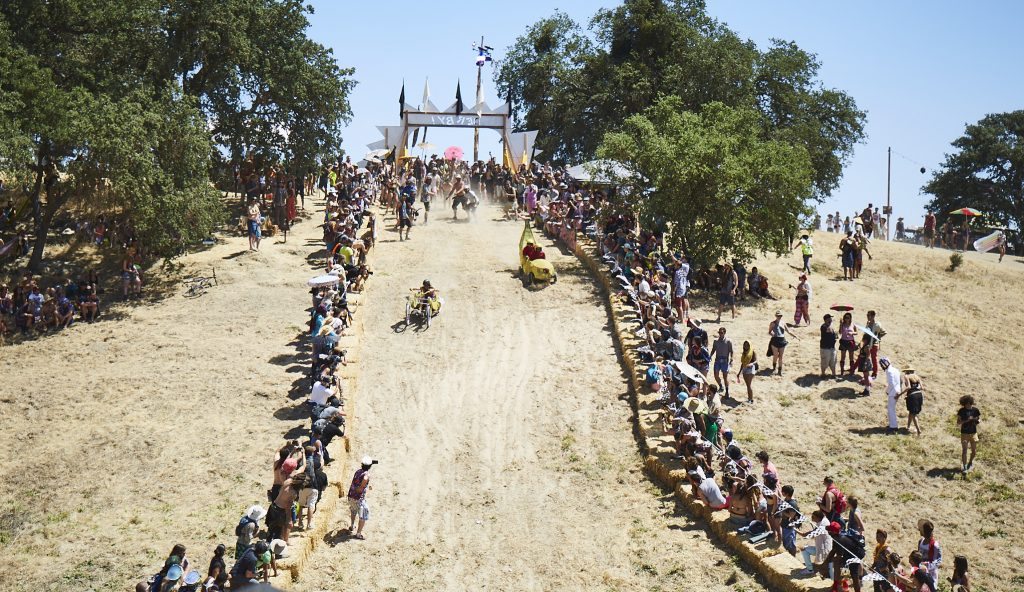 Lightning In a Bottle has the best art installations, and they did not disappoint this year. From live paintings to interactive towns like Boogaloo City that had a small stage with live musicians, couches, and amenities. You could’ve played a game of Mega Skeeball near the lake, or watched the second annual soap box derby name its winner. Karaoke was going on every night, speed dating past midnight, and a MOVA 360 gallery that was 22 minutes long and immersed you into another world through 3D visuals. 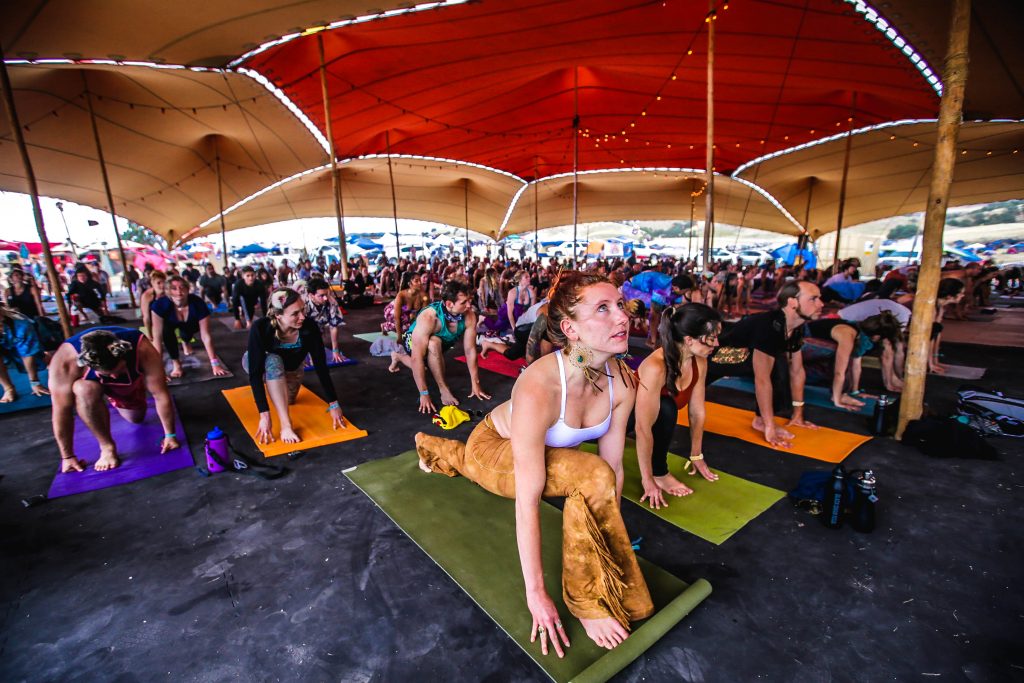 You could feel the festival vibes in the air all weekend as everyone would high-five their way across the wobbly water bridges. Smiling faces shining in the sun, curious wanderers, fashionistas walking as if it’s their runway, foodies enjoying a variety of curated cuisine, Yogi’s getting their fix, artists gazing at live paintings, meditation and sound baths at any given moment, and most importantly, freedom of expression. 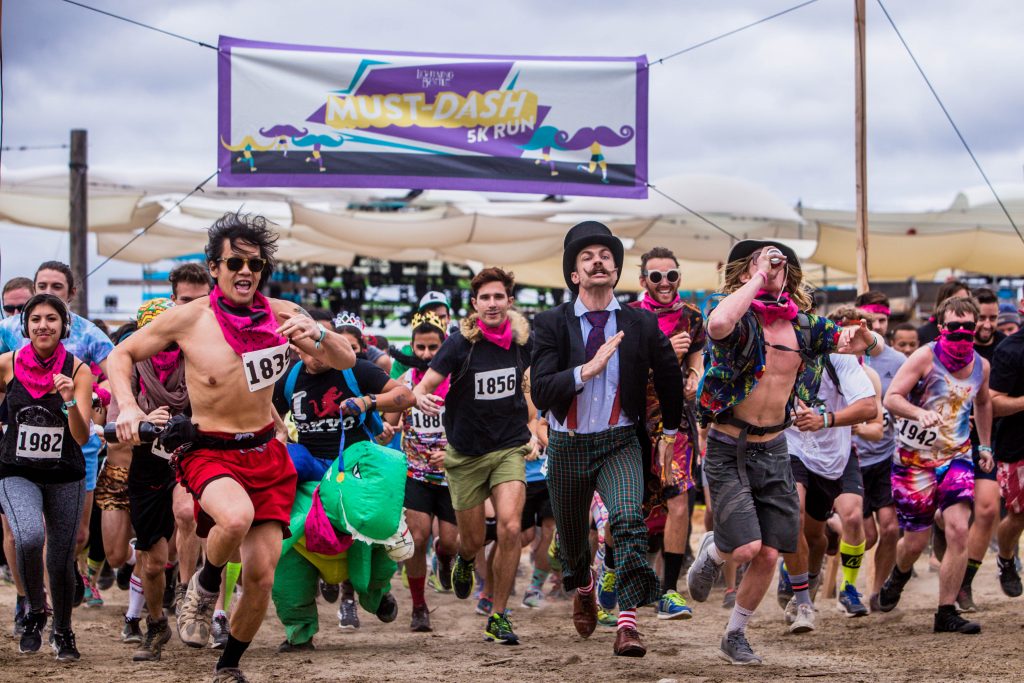 The Do LaB and Lightning In a Bottle live up to their ethos, as we spotted many trash areas that were separated by recyclables, compost, and trash. The festival promotes a healthy and rewarding lifestyle, as they offered many different services and classes. Many of these activities included Yoga, speakers, a 5K dash, health conscious food, cooking classes, an environment for kids and families, and much much more. 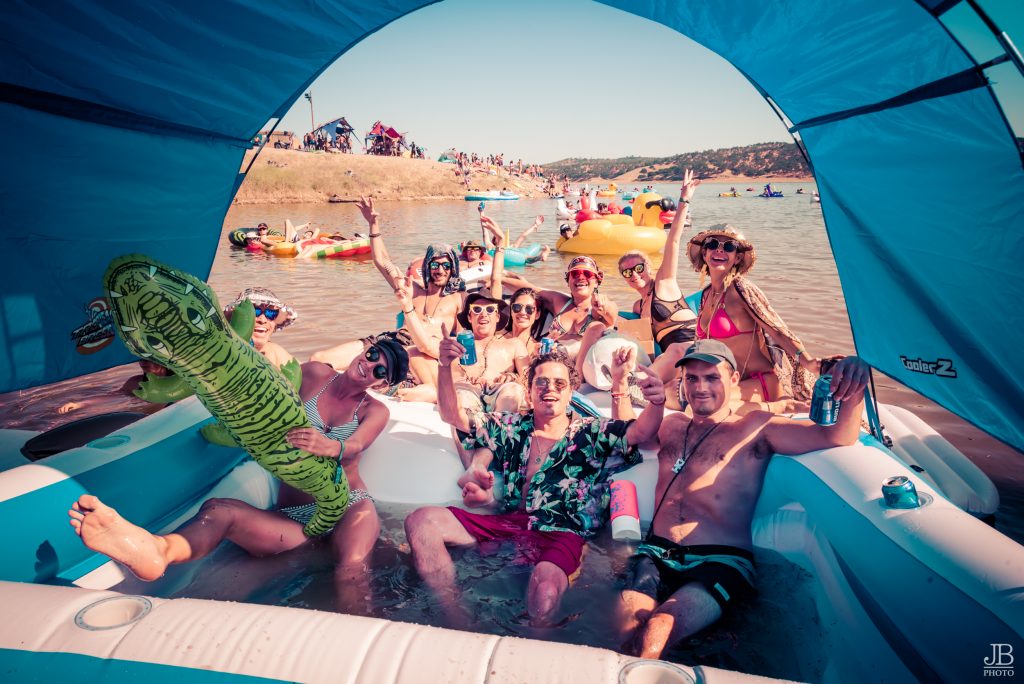 For the first time in Lightning In a Bottle history, the lake was finally accessible and ready for some fun. The sun was unforgiving, and the water made it that much better. Unicorns, flamingos, donuts, and all sorts of blow up floaties and rafts galore covered the lake.

The music was surreal, catering to all different genres and unique acts you had to be there to experience. No matter where you were, you could hear music playing. From the edge of the stages to the outskirts of the last peninsula of the lake, a festival-goer set up their own DJ equipment to play for everyone basking in the lake. 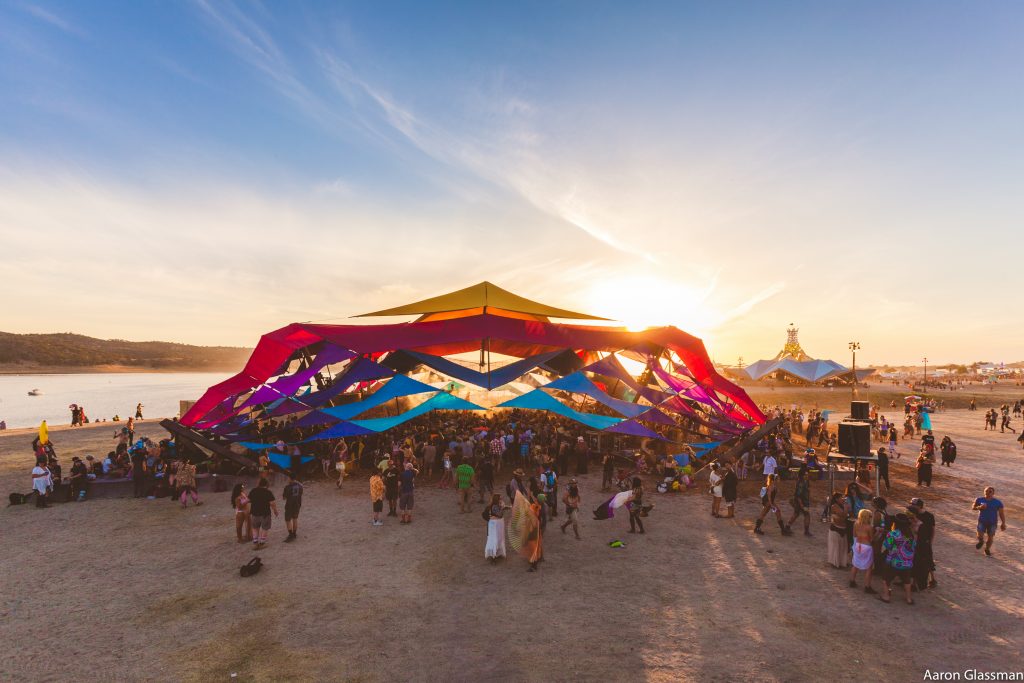 The stages this year were out of this world and aesthetically pleasing as always. The Woogie was a colorful groovy destination for fans of techno and house, where the disco ball was the center of attention. The Thunder Stage was always lit, for lack of better words, and you could always rely on hearing some intense bass music. That is until Bassnectar took over the Lightning Stage which was considered the main stage. It held sets by a mix of artists from Bonobo, to Rüfüs Du Sol, Bob Moses, and Kaytranada. 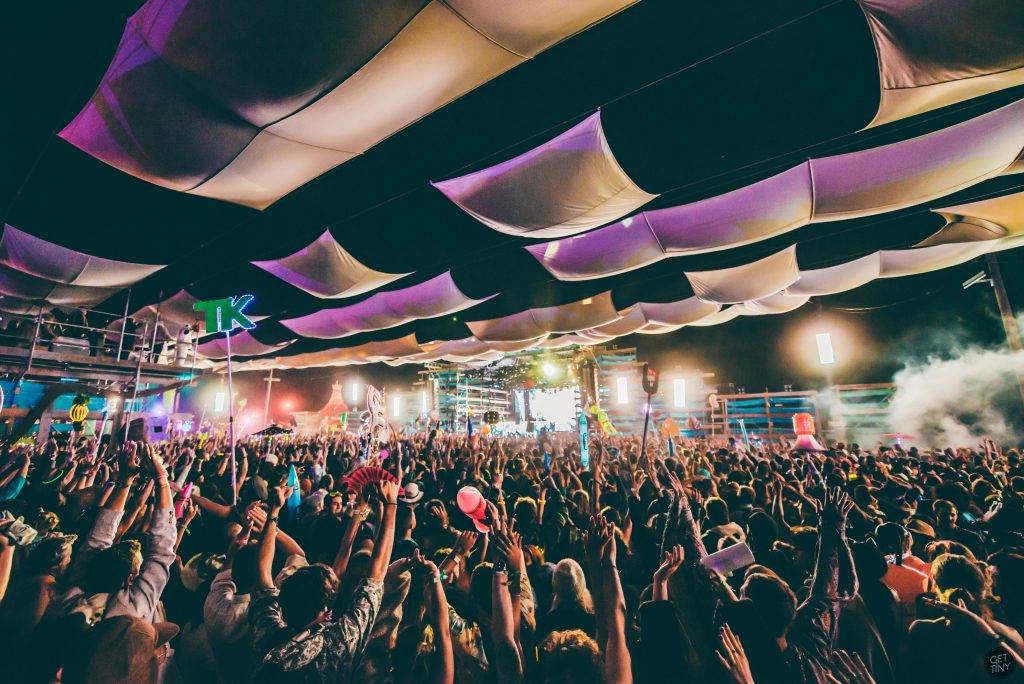 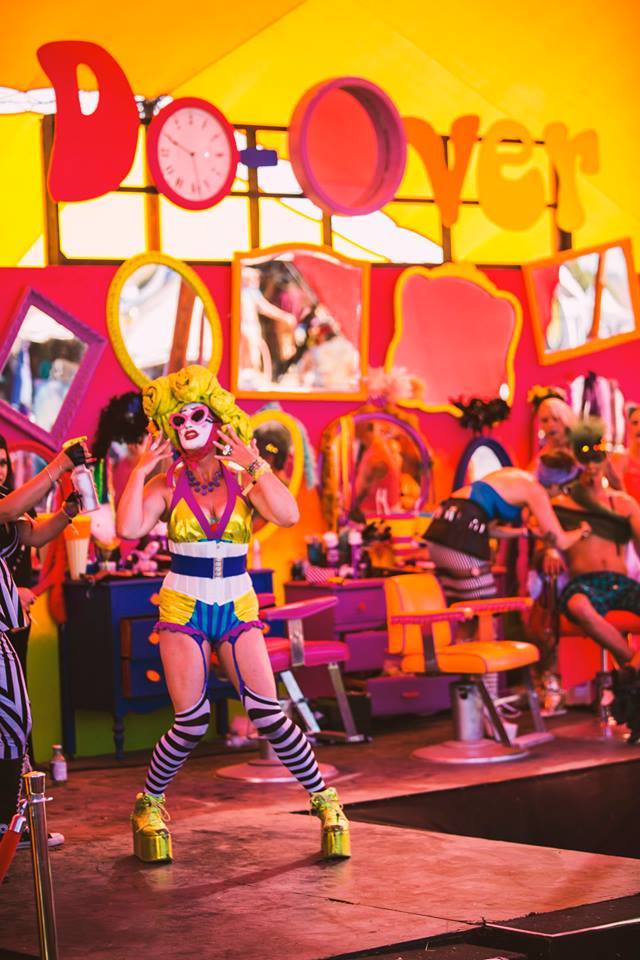 My favorite interactive activities were The Lightning Inn and the Do-Over. The Lightning Inn by Imagin Nation was like a haunted house, but trippy instead of scary. You’d enter as if you reserved a room for a hotel, yet you come to find secret pathways and eery, yet enticing rooms with actors and actresses playing along.

The Do-Over was like a live game show right at the festival. The set-up looked like a salon with a runway and one comedic clown hosted the show along with five assisting clowns. The flamboyantly dressed clowns would pick people out of the audience to enter wacky contests in order to spin the wheel. The wheel would land on a style of makeover they’d get and boy, was it entertaining. At one point a man with crutches volunteered for a round, and when the host told him it was a lap dance contest, he said, “even better!” Obviously, he won the contest by a landslide by winning the audience over with a split at the end! He was just one of the many contestants who had to perform scandalous acts like fondling a carrot, reveal their craziest sex stories for the clowns to play out, and engage in wacky makeovers from Star Wars, to Lady Gaga. Let’s just say, the activities were definitely NSFW, and we couldn’t look away! 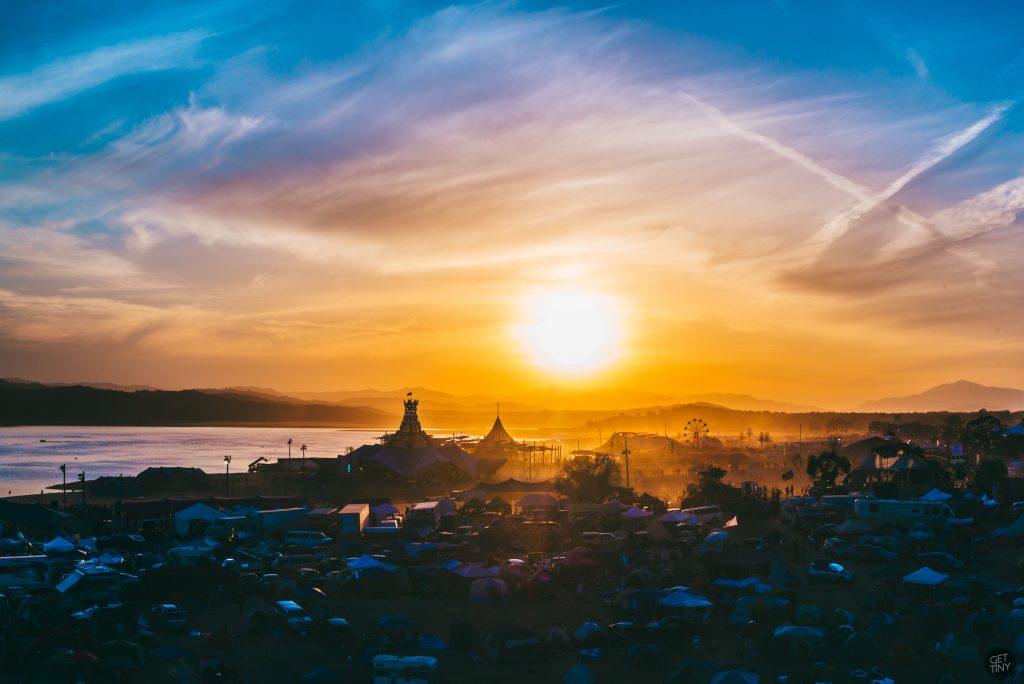 To end the weekend on a high note, every day at sunset, people would venture to the highest point, the Meditation Lookout, to watch the sun go down. Sunday night was special, reflecting on an unbelievable weekend. As the sun was setting, everyone began to howl at the moon, as night started to fall after a long day full of sunlight. Nothing made me feel more connected and content than that moment. 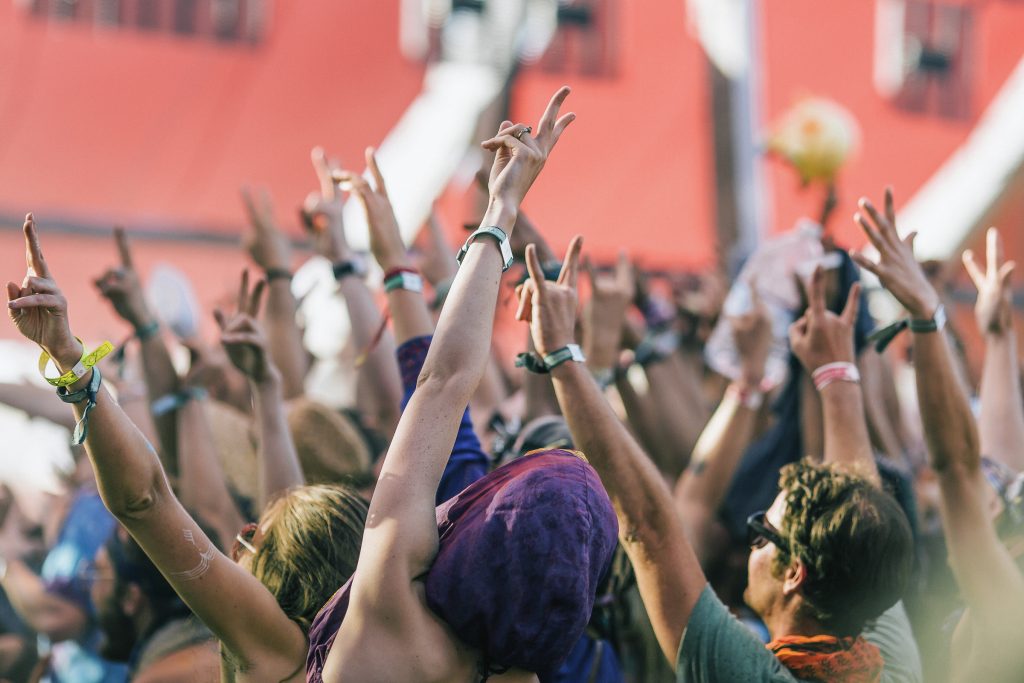 Lightning In a Bottle was a dream festival that exceeded all of my expectations. It left me feeling radiant, positive, and yearning to go back. Some call it home, others call it an adventure, a retreat, an escape. Whatever it is to you, it makes life better, and that what music festivals should be about. Thank you Do LaB and Lightning In a Bottle, we can’t wait until next year!