Thanks to a Redditor and the automated BBC Radio 1 Music Bot leaked some information regarding an upcoming release by Skrillex. 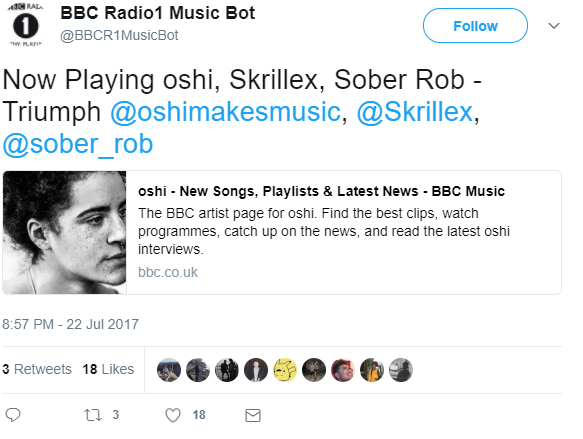 Redditor user, /u/everilmaker89 posted a screenshot of the bot, which is a live Twitter feed of what BBC Radio 1 is currently playing. At that moment they were playing a crazy three-way collaboration between Skrillex, Oshi and Sober Rob. Oshi mixed a live broadcast on Diplo & Friends Saturday night, leading to suspicion that’s where the bot got its information.

This news of a Skrillex release gives us reason to believe he’s got something stirring up. Keep an eye out for more updates and listen to a rip of the track below.