Tere may be snow on the ground, but music festival season is fast approaching. Lineups have already been announced for Coachella, Governor’s Ball and Bonnaroo — now it’s Spring Awakening’s turn.

The popular EDM festival is returning to Addams/Medill Park June 8-10, 2018 for the third year and promises to have a lot in store for its seventh iteration.

While more acts (dubbed “Phase Two” in a press release) are set to be announced next week, the festival will also entertain attendees with a Trance Arena, Bass Kitchen and a new techno series, Requiem. There will also dance showcases under the banner “Sunday School” – featuring both big-name and underground champions in the scene, as well as additional curated stage takeovers by HELDEEP Records and music publication, DJ MAG.

Three-day general admission passes are on sale now for $189 (before fees). 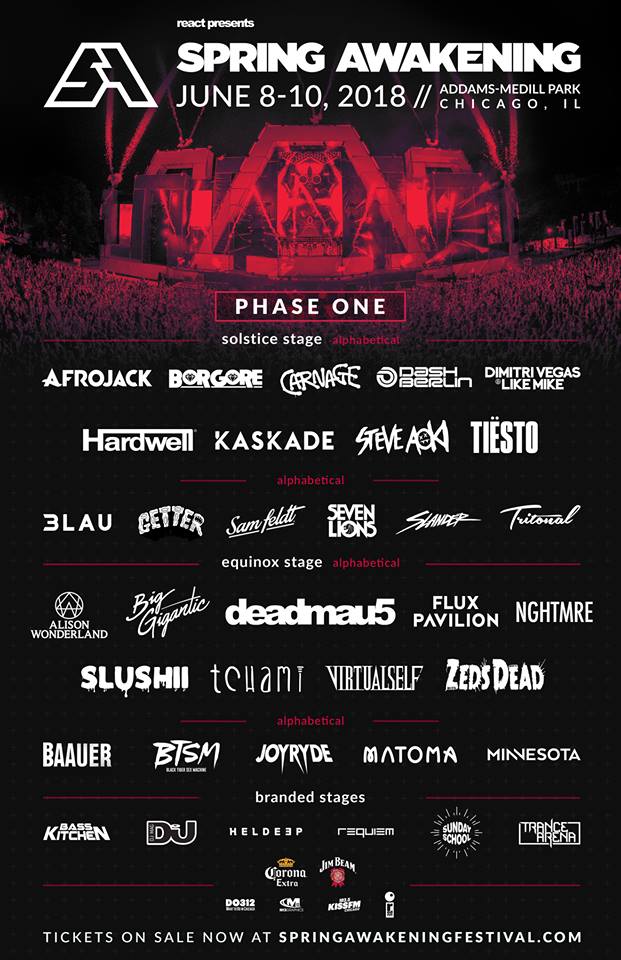