Pasquale Rotella hosted another big reddit AMA, with a wide range of good questions from the people who support EDC. Rotella goes in detail to answer some of the elephants in the room that you’d think may be off limits. He explained the issue some were having with complete silence during the EDC Fireworks show, admitting that the same song was supposed to play at every stage timed with the show. Realizing that it may be better to have artists DJ individually, he plainly said they would go back to normal next year. He also addressed cannabis at Insomniac events, mentioning plainly that he’s “staying on top of all developments and pursuing options” regarding a weed lounge next year. One of the most exciting things about the AMA is what he didn’t reveal quite yet: in reaction to someone’s question about another EDC Documentary, he mentioned simply that they’re “doing a lot of special things.” we can’t wait to see exactly what that means.

Check out all of the questions and answers on reddit.

Allowing LED Gloves Back Into Festivals: 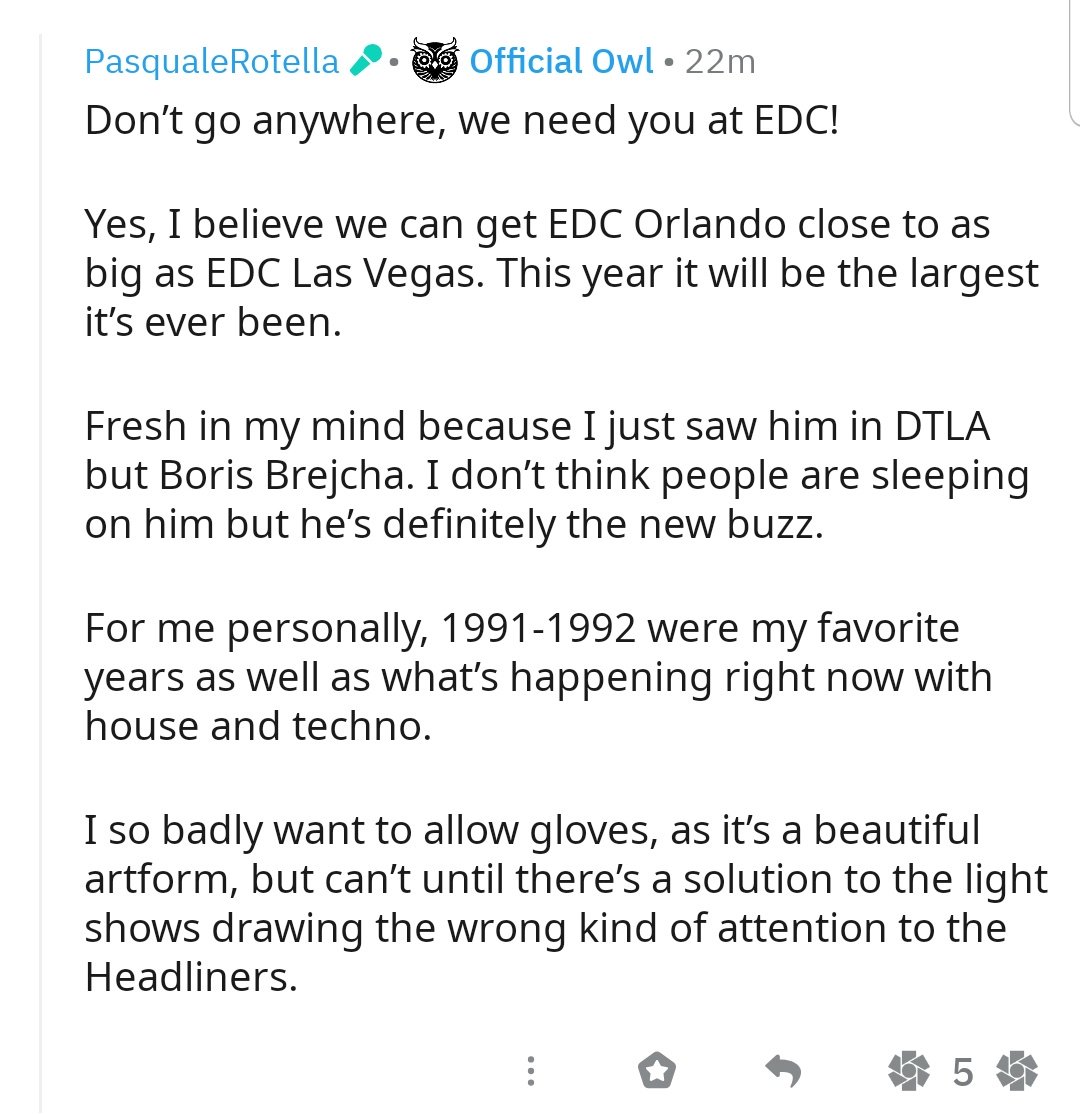 On Allowing Non-Campers Into Camp EDC: 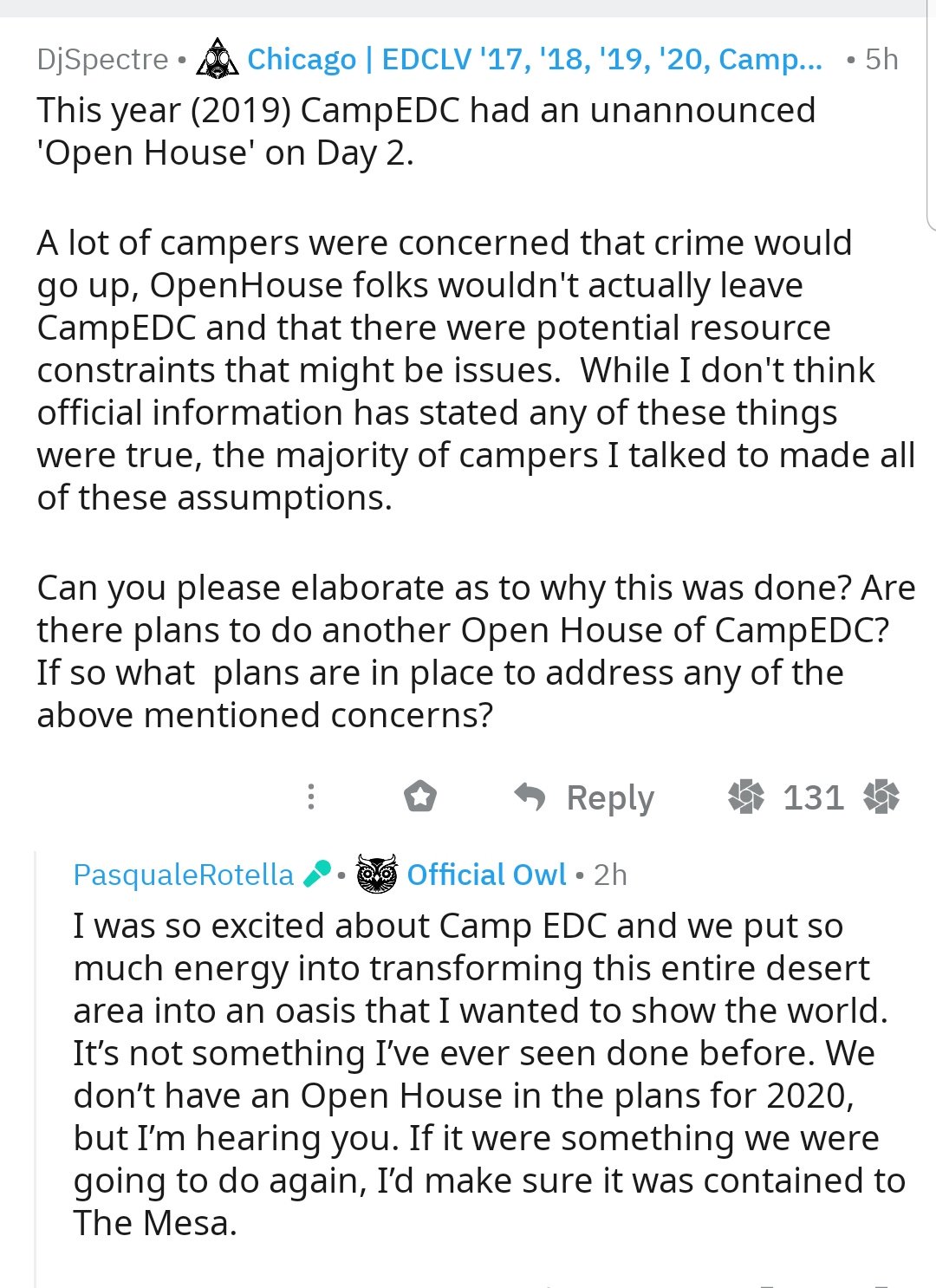 On What Insomniac Has Planned For EDC’s 10th Year in Las Vegas: 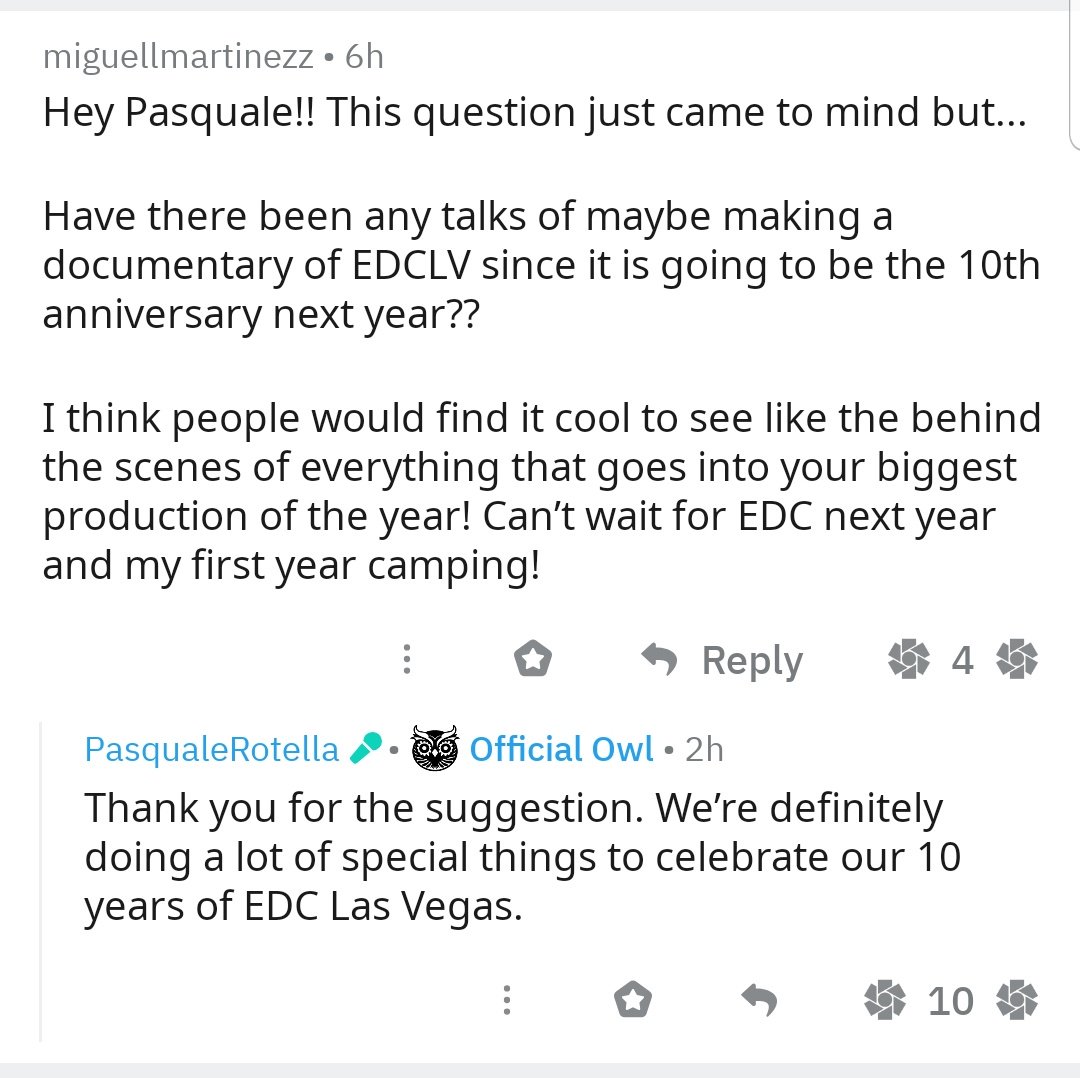 If They’ll Ever Be An EDC Canada: 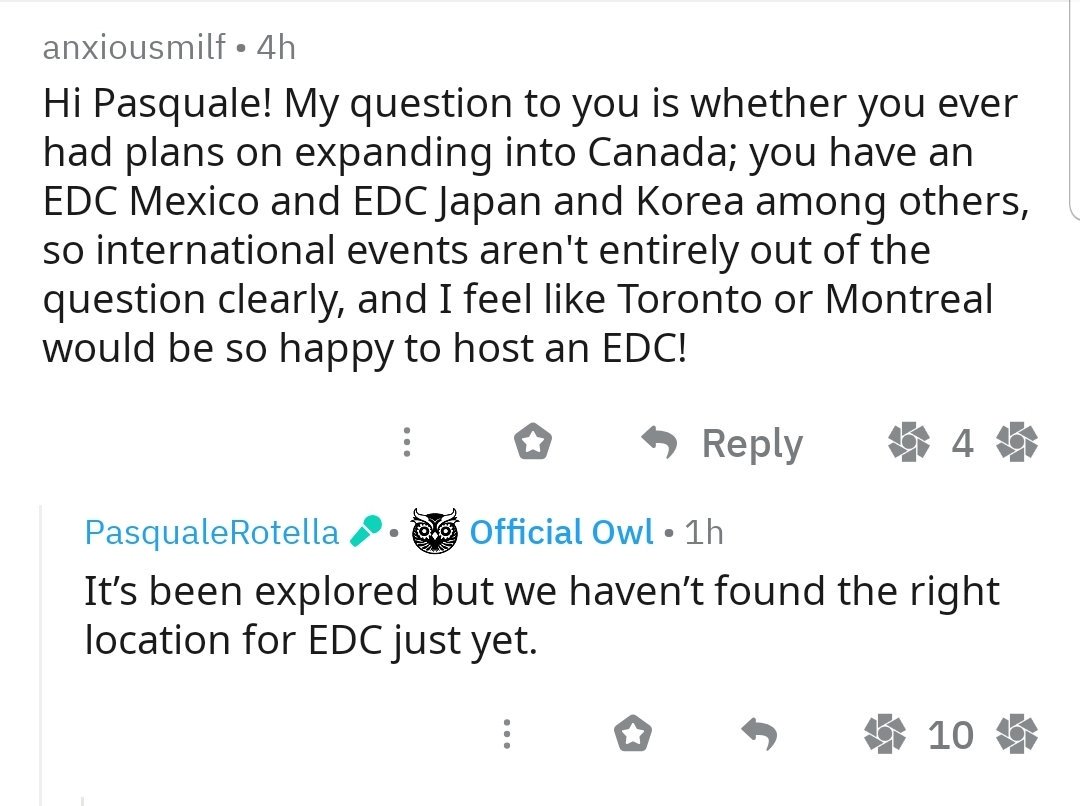 If EDC Vegas Will Ever Become Two Weekends: 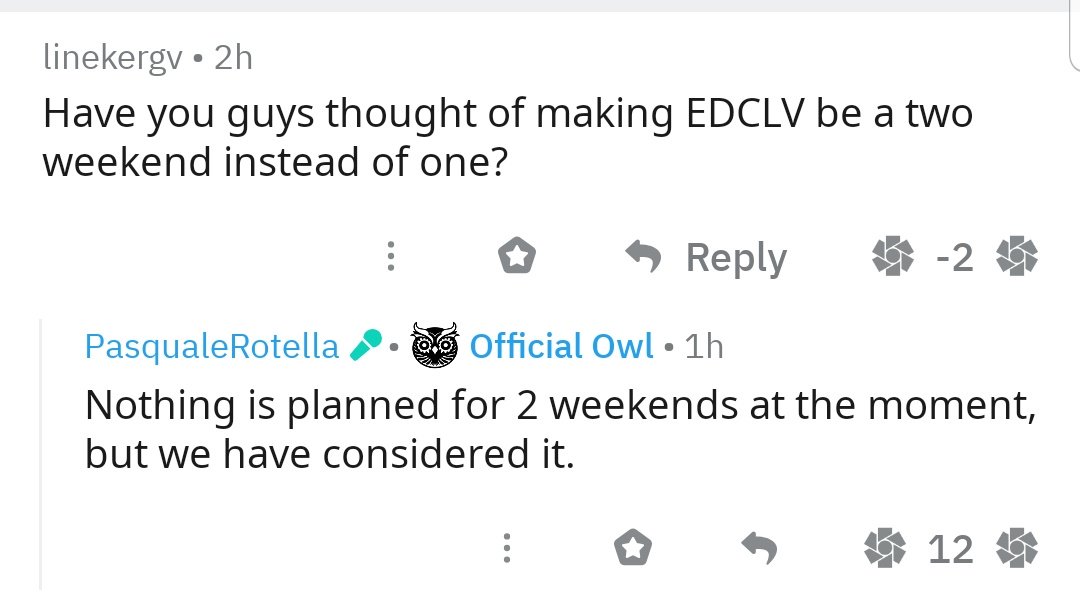 EDC’s Firework Show For Next Year: 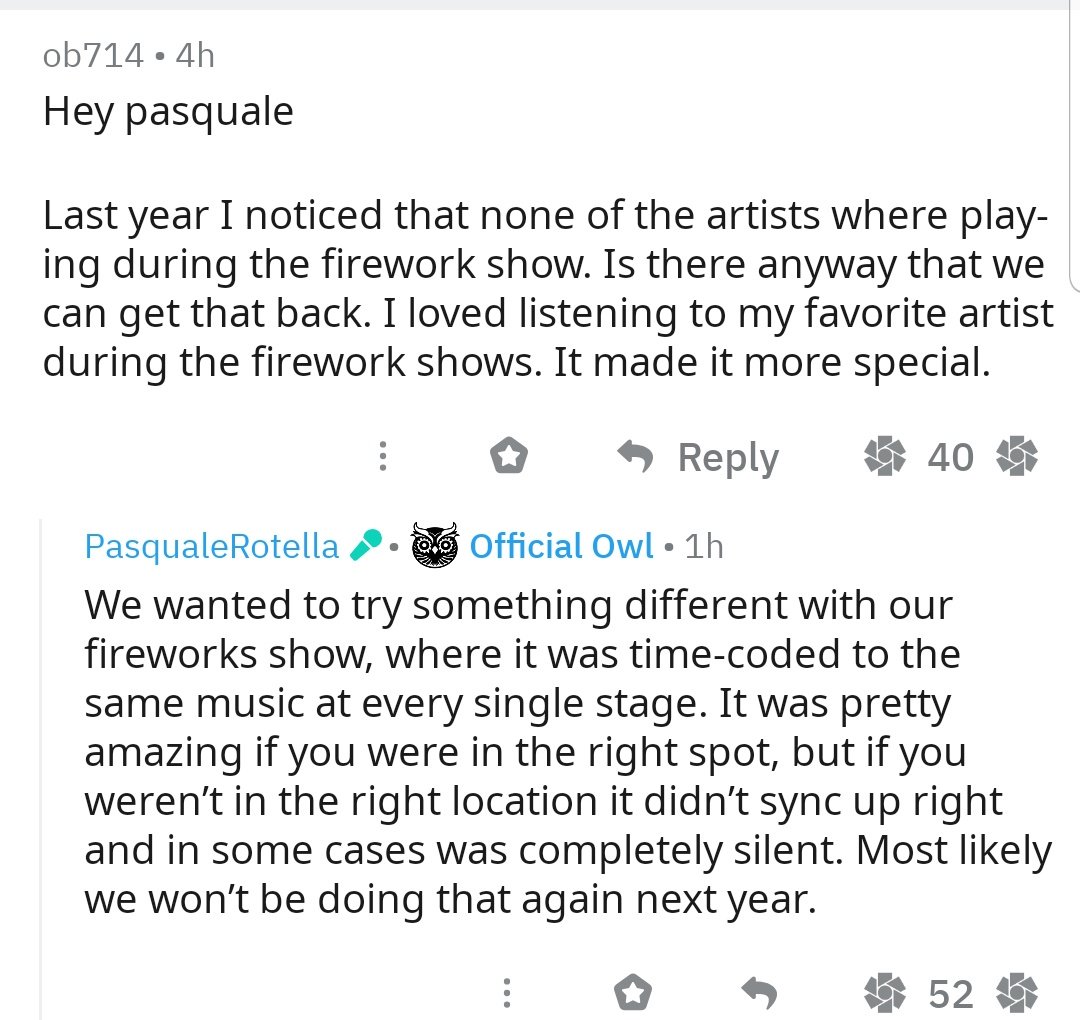 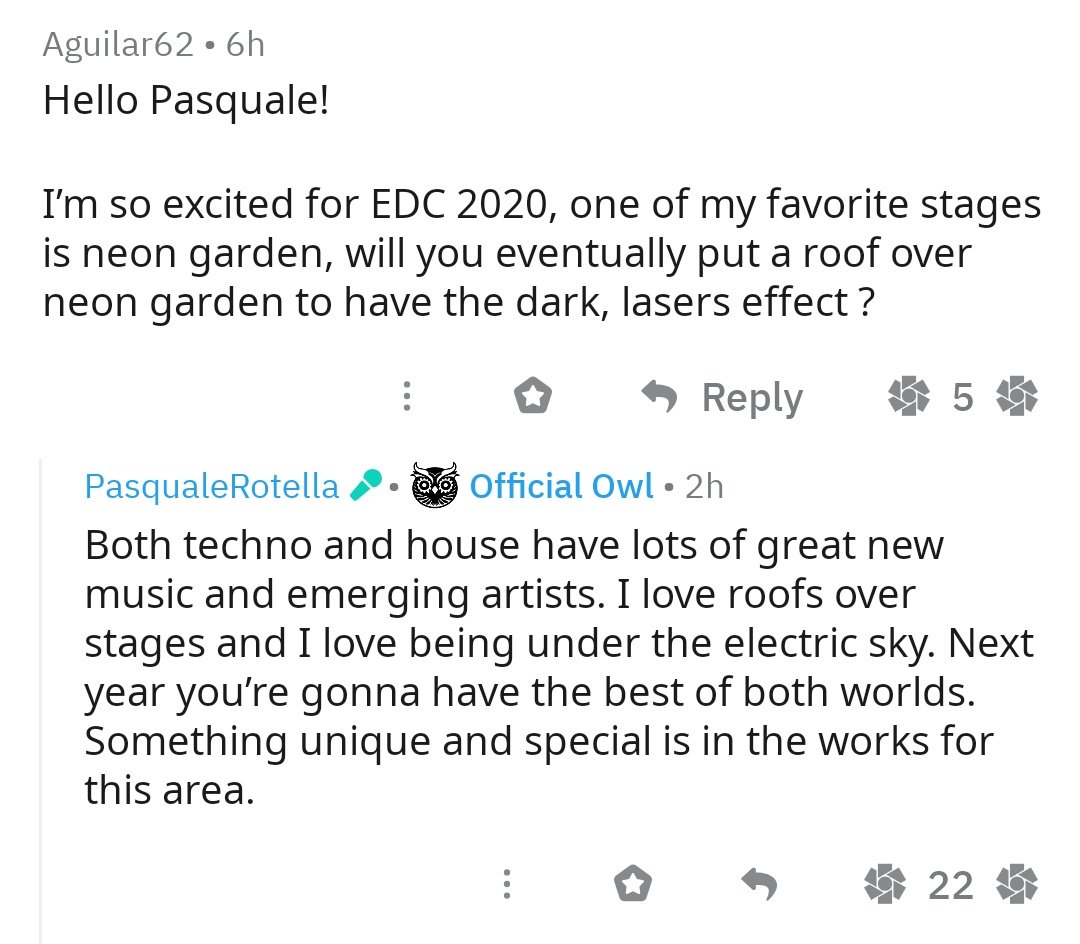 On How to Get An Insomniac Passport: 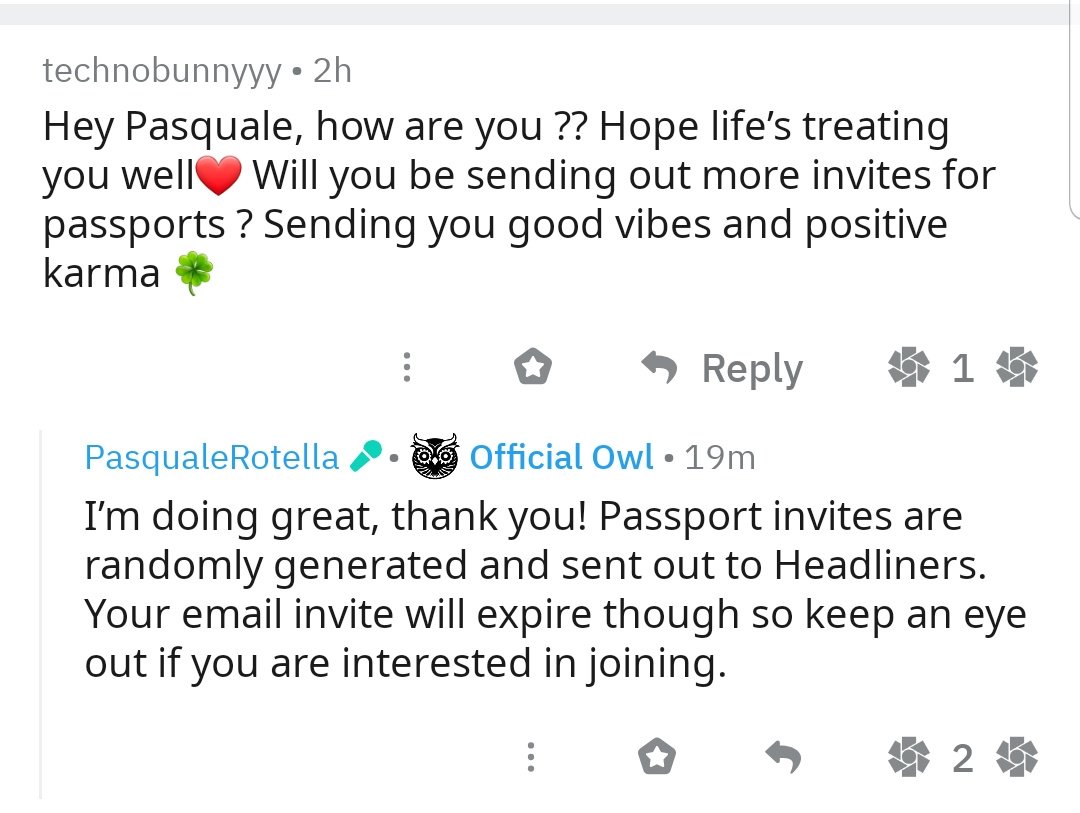 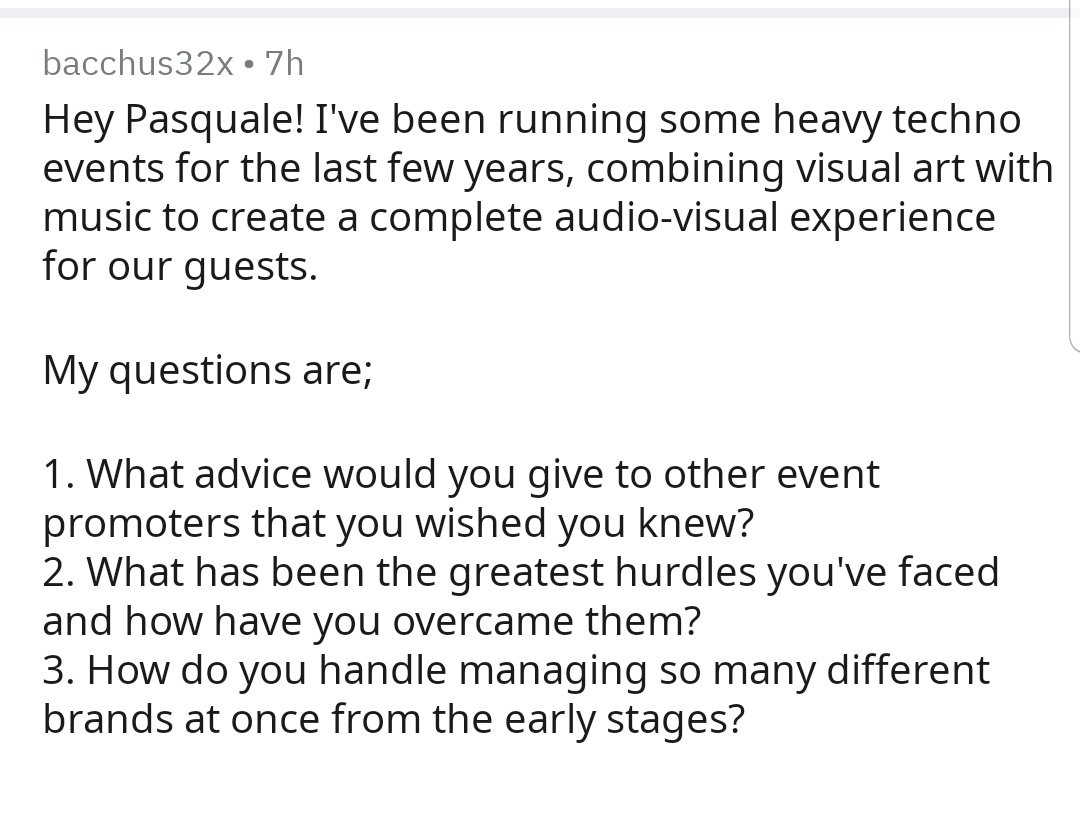 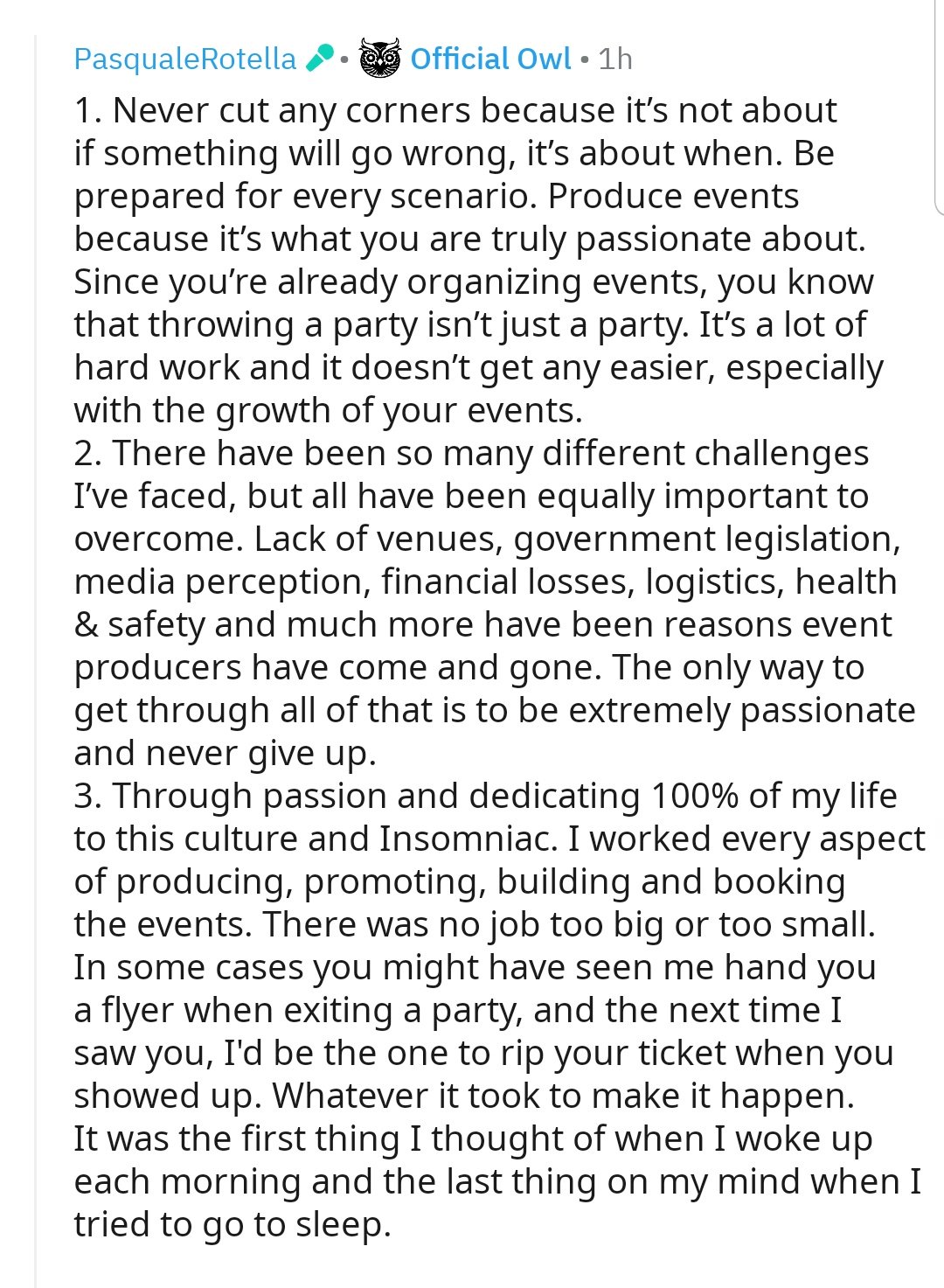 If Insomniac Will Ever Host A “Weed Garden” Inside EDC Las Vegas: