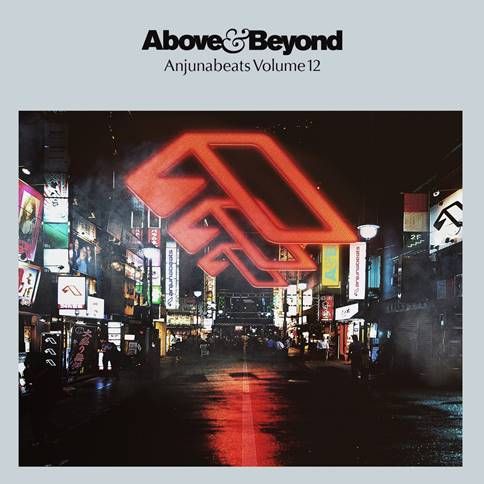 The objective definition of Trance, a genre that still lives strong today, has been given new meaning through the years by artists and fans alike. It’s a classification that Above & Beyond‘s newest Anjunabeats compilation falls under on music sites for the sake of giving it a home. Despite the instant skepticism this may inspire from those who are weary of the British Electronic Music act’s direction following TATW’s passing, the fact is that Volume 12 entails an enjoyable ride for many old and new fans through a gracious assortment of influences.

The first disk is one you may assume is more of an Anjunadeep compilation due to the employment of many artists who preside on that imprint. There are key differences that make this mix distinctly A&B, though; the deeper mix series ebbs and flows in energy in the spirit of keeping a constant groove going, whereas this one takes it’s time in building energy to a high. Lane 8‘s new remix of Cubicolor “Got This Feeling” initiates those groovy vibes and then gives way in transition to the Beats imprint’s “Contrasts” from Vintage & Morelli, the subtle but precise spike in energy demonstrating the trio’s attention to detail.

A sought after reunion of the monicker that fans have yearned for begins disk 2. Oceanlab‘s “Another Chance” provides thematic depth with a short, poignant message. A striking start must be followed with strong content to carry you through the mix, which is done with ease as Grum’s newest vocal release “Under Your Skin” and Nick Sember‘s upcoming instrumental “Mezzo Forte” take the reigns.

“About the Sun” is another powerful staple in the mix as a product of another dynamic re-entrance to the Anjuna Tribe, Kyau & Albert. A single line incites a motif of hope in tough times in application to the expertly crafted synths the duo is known well for. From there energy hits a high again with the newest peak time anthem “Mirage” from Oliver Smith, maintaining his exclusive status as the only person on every Anjuna compilation. The evolution and adaptation of his styling proves the artist’s love and loyalty to a label who’s articulation of sounds has seen a shift over the course of more than a decade.

A chunk of this progression of tracks highlights the imaginative work that Jono, Paavo, and Tony have applied to various originals: their nuanced take on Faithless‘s “Salva Mea,” the spacial journey that is the “Zero Gravity” remix they did for Jean-Michelle Jarre, and the equally space-themed club mix of their own “Out of Time,” a track that finally sees the light of day after ABGT 100. There is also “A.I.” their newest instrumental for sets to come. The idea of Artificial Intelligence’s growing presence in today’s society is reflected in the track’s analogue textures and subsequent dark baseline.

If you’d like to call it Trance, no harm, no foul. If you don’t, we don’t blame you. If there’s something that this compilation proves, though, it’s that Above & Beyond rise far above the shackles of a single genre tack in the music they make themselves and the artists they find to make music for their label. Each included track on the two disks is a demonstration of standout melodies and progressions as well as dynamic structures, maintaining dramatic tension from start to finish.

Check out the entire compilation including the other twenty four reasons to love it that we didn’t quite get time to talk about here.