Missed out on tickets to the Hollywood Palladium? You’re in luck as Armin van Buuren at Exchange LA has just been announced as the official Balance Tour After Party

Rejoice, Trance Family! Insomniac is very excited to announce the official Armin van Buuren Balance Tour After-Party on Saturday, February 7th at Exchange LA. Tickets to Armin van Buuren at Exchange LA go on sale this Wednesday, 1/23 @ 12PM. If you’re serious about seeing this iconic DJ in the City of Los Angeles I suggest you secure your tickets on time to you may get the best price possible or in fear of it selling out.

This is a man driven by an unbridled and relentless passion for music. Armin van Buuren is a born perfectionist, striving to stay on top of the scene he’s helped build. As the flag-bearer of the trance movement, he’s one of the most influential figures in EDM worldwide. Even though he lives an extraordinary life as one of the world’s most popular DJs, he has always remained a down-to-earth guy. Armin van Buuren is constantly on the move, whether creating music in his studio or en route to his next high-end club or festival show around the globe. On February 7th come see Armin van Buuren at Exchange LA to understand why this legend was named DJ Mag’s Top DJ for many years. 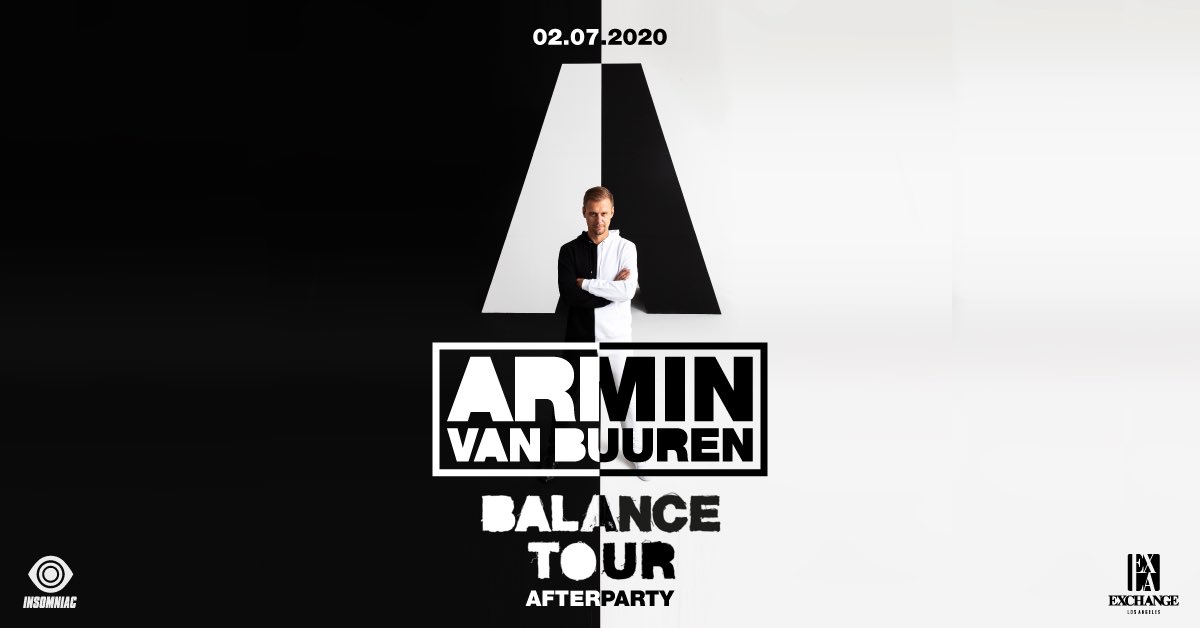 Disclosure Keep The Music Coming As They Just Dropped A New Track, “Tondo”