Carl Cox at Grand Park Los Angeles was just announced and we’re freaking the fuck out!

Insomniac announced its return to the beloved downtown Los Angeles Grand Park, hosted by Factory 93, the company’s dedicated techno, deep house, and tech house brand will be hosting a massive event on Saturday, February 29th, 2020, with world-renowned DJ Carl Cox as he travels to Downtown Los Angeles and bless dedicated fans with a captivating, extended set in his ONLY Los Angeles appearance in 2020. Beginning at 4p.m. PT, Kolsch and Nic Fanciulli will be spinning alongside him in an impressive outdoors show, set up against the backdrop of the beautiful Downtown LA skyline. General Admission tickets will be available for purchase starting now.

One of the most renowned and respected DJs and producers in the history of electronic music, Carl Cox will undoubtedly deliver a passion-filled performance, illuminating his ability to continuously transcend the boundaries of music. Cox established his interest in the industry at the age of 15, sliding across various roles as a promoter and label owner, but has always stayed true to his first love of DJing. Cox never disappoints as he carries the audience through a hypnotizing venture deep into the roots of house music during legendary club and festival appearances all over the world. When Carl Cox travels to Los Angeles this February, fans can brace themselves for a performance that will surely embody the culture of the underground Factory 93 experience.

In collaboration with Carl Cox, Factory 93 will create a new unique atmosphere centered on an outdoor, industrial aesthetic, bringing listeners the vibes they crave while dancing underneath the famed West Coast sunset and moonlit sky. General ticket sales for Carl Cox at Grand Park are now on sale and selling pretty fast! 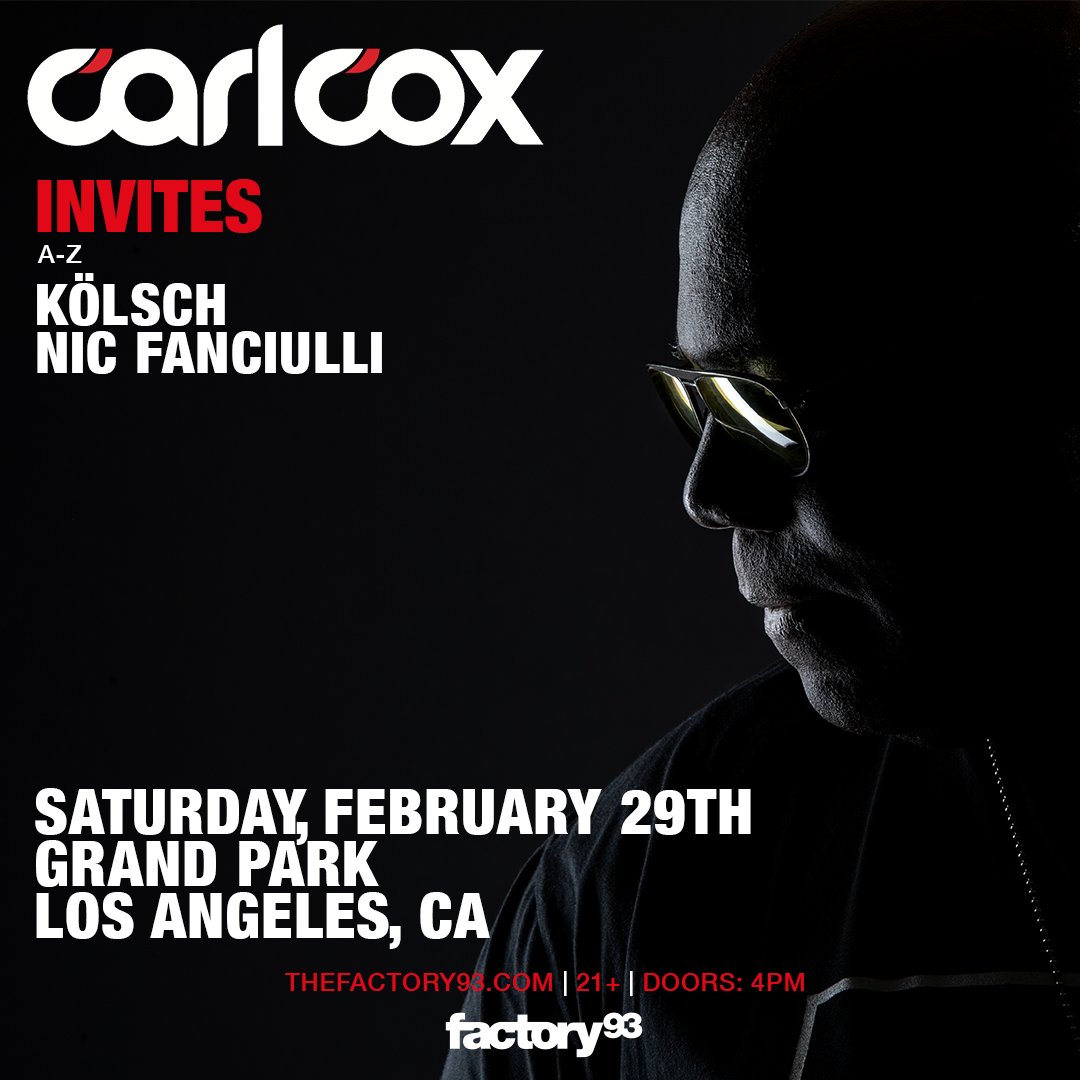