No better way to start the summer season than an open-air party on 5/7 with Sasha and John Digweed in Downtown Los Angeles by Factory 93!

This is for all you Techno heads out there! The Factory 93 presents Sasha and John Digweed at 516 S Anderson Street as they take over Downtown Los Angeles on Saturday, May 7th, 2022 alongside Patrice Bäumel, Qrion, MANTi.

Sasha & John Digweed is a British DJ duo comprising Sasha and John Digweed. Digweed had been DJing for ten years before getting a gig at Renaissance where he met Sasha, who had been working the past few years in various acid house music clubs and raves. Together, they honed their DJ skills, focusing on track selection and technical mixing abilities. In 1994, they released the triple CD mix album Renaissance: The Mix Collection on Renaissance Records. It contained many popular dance hits of the time from artists such as Leftfield, Fluke, and 2 Bad Mice as well as original productions and remixes from the duo themselves. Two years later, the duo became “true superstars” (AllMusic) with the release of their double CD Northern Exposure on mega-label Ministry of Sound. This release was brought to the United States the next year in a single CD package on Ultra Records. 1997 saw the release of the Northern Exposure 2 double CD mix album, again on Ministry of Sound. Sasha and Digweed toured internationally, helping define the sound of progressive house & trance music in the late 1990s. In 1998, both John Digweed and Sasha released separate mix albums on Boxed as part of the Global Underground series with Digweed’s GU 006: Sydney and Sasha’s GU 009: San Francisco release.

This is your chance to see TWO iconic DJs on Saturday, May 7th. Tickets to Sasha and John Digweed in Downtown Los Angeles are on sale this Thursday, Feb. 3rd at 12pm PT. 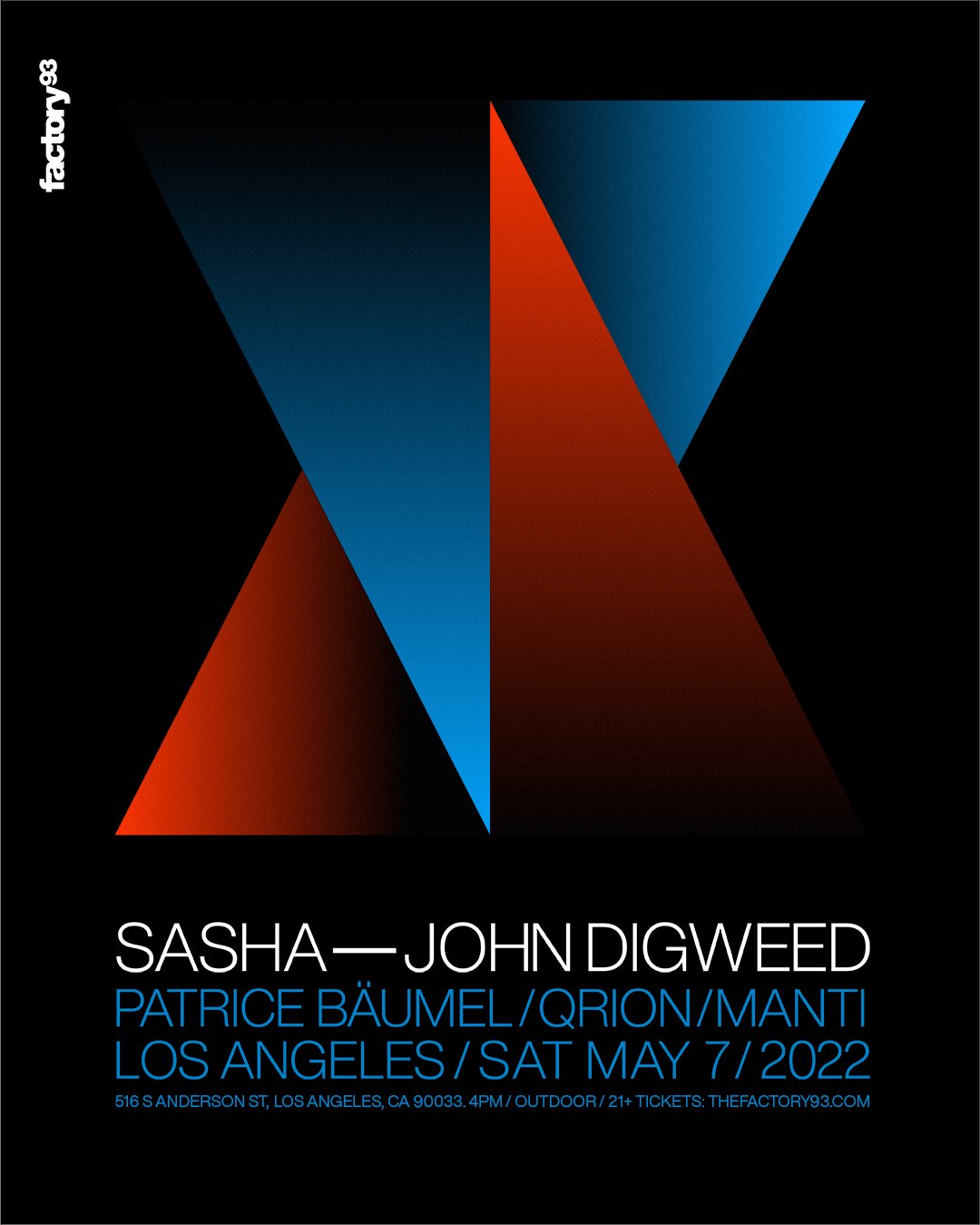