What the F? Trance master Ferry Corsten has announced something new.

The Dutch DJ, record producer, and remixer from Rotterdam has created many alias since he began it the music world: System F, Moonman, Pulp Victim, and Gouryella to name a few. He is well known for producing many pioneering trance tracks during the 1990s–2000s under these names, and now he’s combining some together on a worldwide tour.

“What the F” is promising to be an audiovisual experience and immersive live spectacle. Corsten himself said:

I’ve been producing music under many different aliases over the last 20 years, Ferry Corsten, Gouryella, System F, and many, many more. For a long time, I’ve had a vision of bringing all of these projects to the stage, all in one night, all in one massive show.

To be able to play a proper open to close set with just your own music is like a dream come true. The classics, the new music, and the songs you never knew I made.

Tickets to Ferry Corsten What the F? at The Hollywood Palladium go on sale this Wednesday 2/26 at 12pm PT 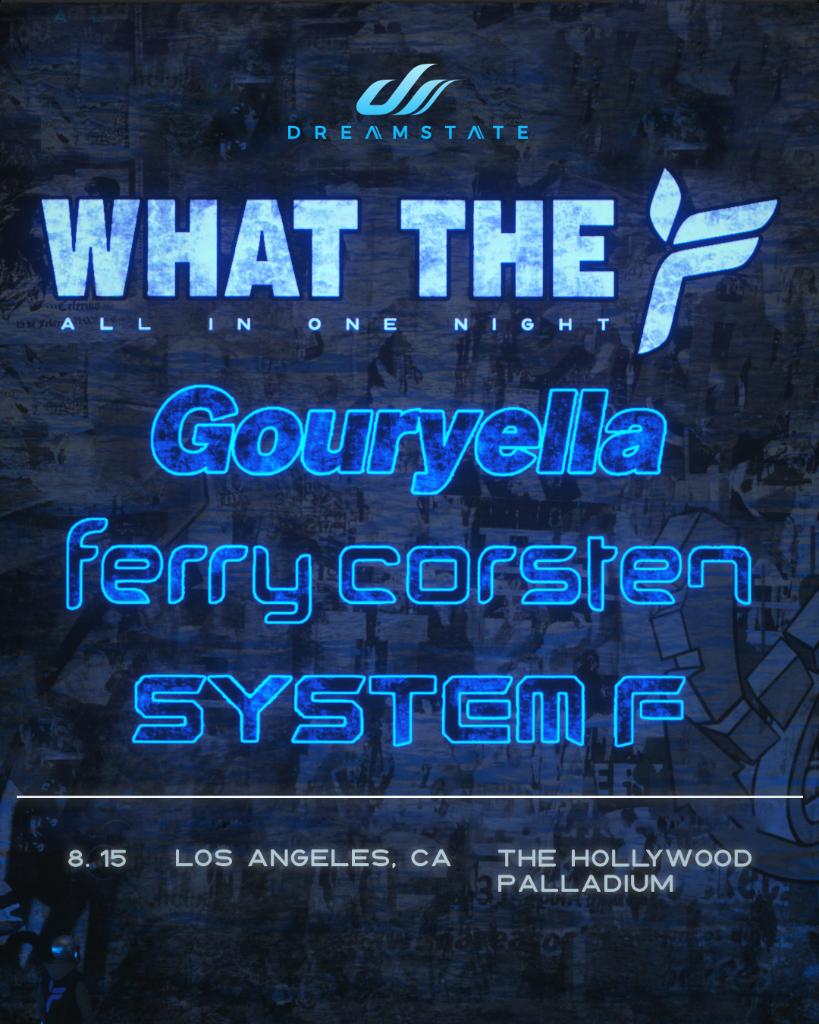