Next year sees the birth of one of coolest named festivals we’ve heard of: Forbidden Kingdom in Boca Raton, FL. The two-day event just charged out guns blazing with an insane Bass Music lineup: Adventure Club, Doctor P, Bear Grillz, 12th Planet, Zomboy, and not one, but two Excision Sets. The first sees the T-Rex incarnate aboard his world famous Paradox Production. The next is a special back to back with him and Dion Timmer. This announcement proves that if you enter today’s world of festivals, you have to come in hot to survive. If you’re looking for a cool getaway before Spring, this looks to be the best bet.

Forbidden Kingdom touches down in the beautiful venue of Sunset Cove in Boca Raton, Florida, this February 16-17, 2019 for two nights of medieval magic and thrills, along with some of the biggest names in bass music.

Get tickets for this event directly down below. 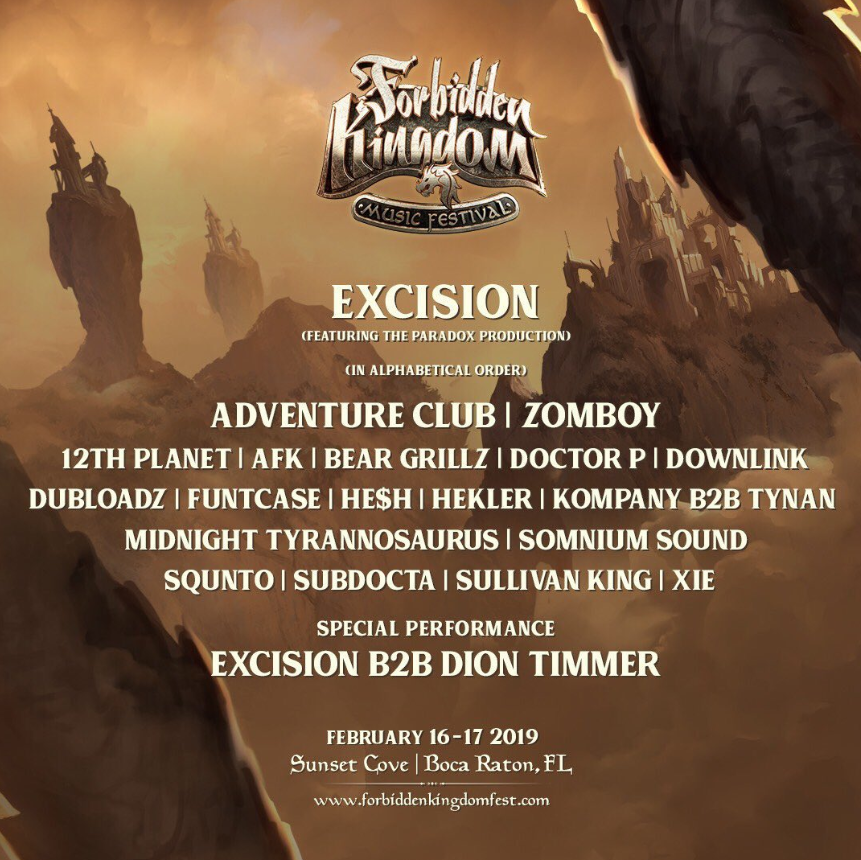