Reggaeton icon miss Ivy Queen is set to bless the stage later this month in Los Angeles as she performs at one of the biggest clubs, Exchange LA. Join us on Thursday, August 23rd for Ivy Queen at Exchange LA.

Ivy Queen is a Puerto Rican singer, songwriter, rapper, actress and record producer. She was born in Añasco, Puerto Rico, but later moved with her parents to New York City, where she lived until she graduated of highschool when she returned to Puerto Rico. it was in San Juan where she met record producer DJ Negro, who helped her gain performing spots with a group called “The Noise” at a local club. There she performed her first song “Somos Raperos Pero No Delincuentes” (We are Rappers, Not Gangsters). The Noise gained much attention due to their violent and explicitly sexual lyrics. Queen went solo in 1996, and released her debut studio album En Mi Imperio (In My Empire) which was quickly picked up by Sony Discos for distribution in 1997.

Tickets to Ivy Queen at Exchange LA are now on sale, but are going fast. Grab yours today! 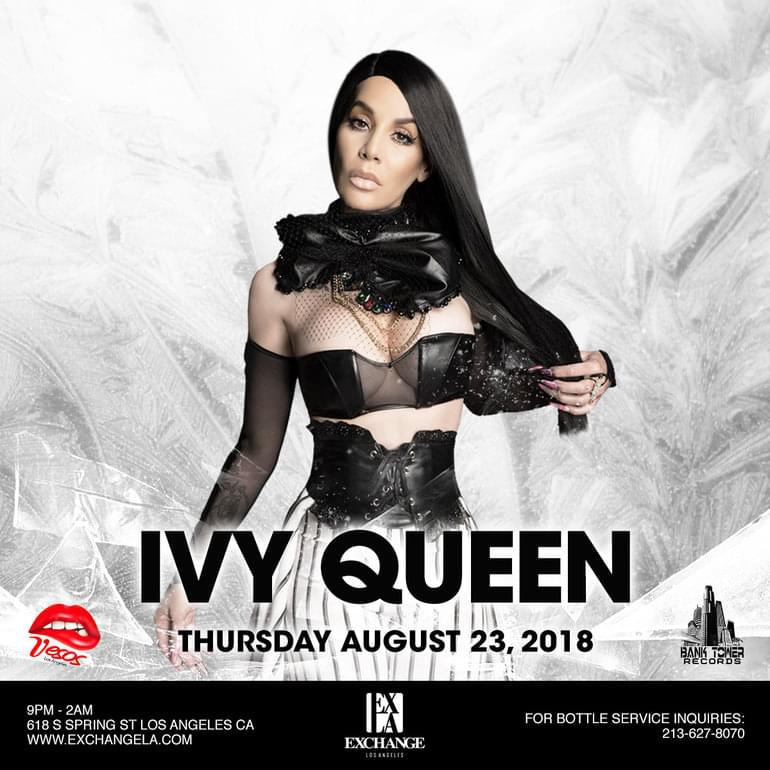