After selling out the Belasco Theatre last Summer, JSTJR makes his way back to California but this time to headline Acadamey LA in Hollywood. So join us on Friday, June 1st, 2019 for JSTJR at Academy LA Nightclub as he will also be having a Taco Pre-Party on the patio from 8PM – 10PM, which is free for every fan who purchases a ticket to the show.

JSTJR’s music is best represented by imagery and emotion rather than derivative sub-genres and labels. Walk into the most thumping nightclubs and sweaty, wall-shaking basements from Lisbon to Los Angeles to Lima and you’ll understand the 27-year-old producer’s global sound that has earned him official releases on dance music’s top labels including Mad Decent, Fool’s Gold, Insomniac, and SMOG.

Hailed as the US ambassador of Buraka Som Sistema’s zouk bass movement in America, the New England native has forged a love for regional sounds from around the world with his inherent tendencies for hip hop and experimental electronic production. This unique, hybrid and inclusive approach to dance music in a growingly homogenous market has earned him nods from an elite group of producers including Skrillex, A-Trak, Dillon Francis, GTA, and Diplo – the last of whom JSTJR worked with directly as a credited artist on Major Lazer’s Peace Is The Mission in 2015. In 2017, JSTJR championed his global bass sounds across North America, Australia, China and India. 2018 has him on a nation wide bus tour, some of the biggest festivals in North America and several releases in the pipeline dropping on Insomniac Records starting in Spring.

Tickets to JSTJR at Academy LA Nightclub go on sale this Friday at 1PM pst! This is a guaranteed sold out event so be sure to lock your tickets in. 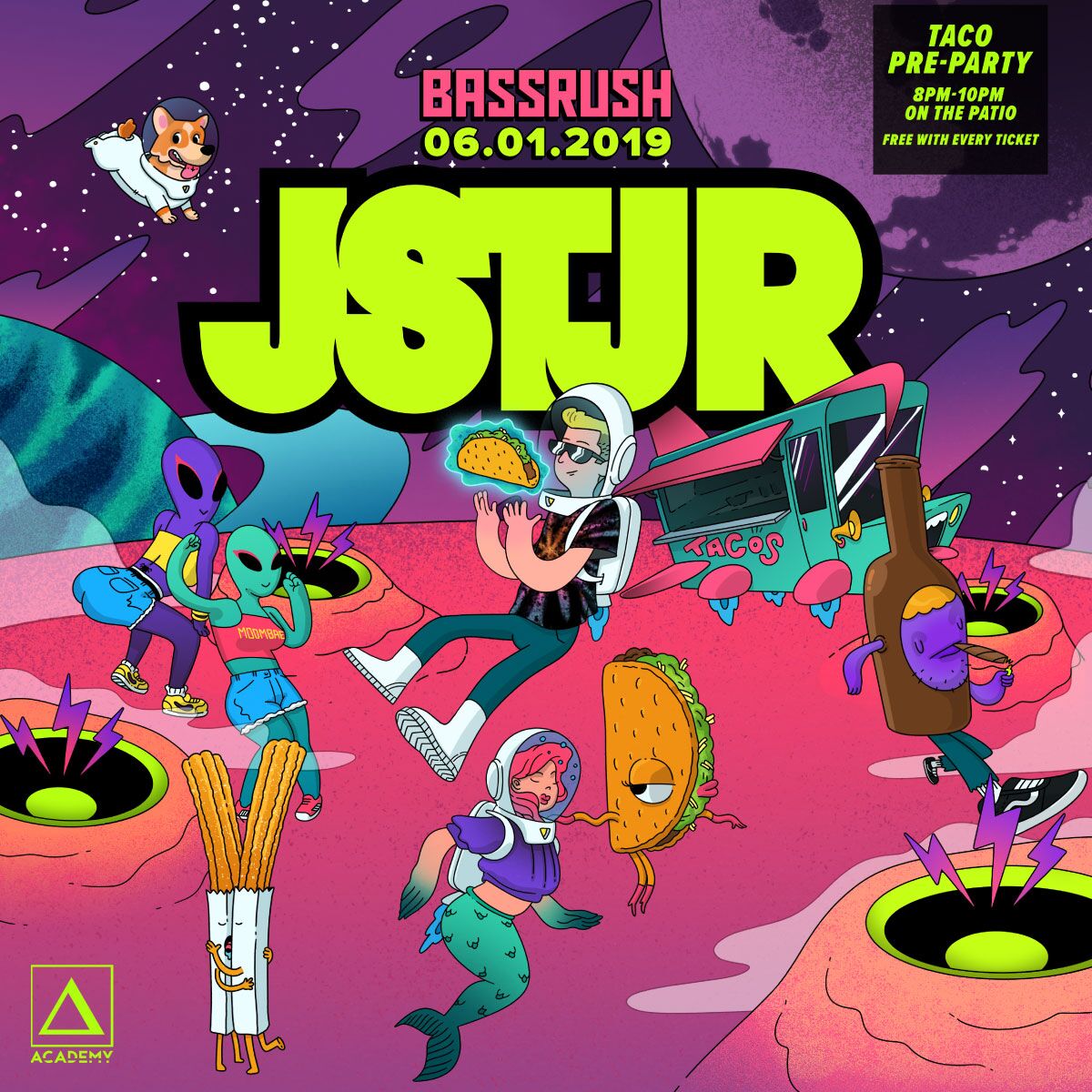 4B Announces All Jersey Club Mix Livestream Going Down TODAY