Paris Hilton at Academy LA? Yup! Never thought we’ll be typing those words but hey, it is Los Angeles so anything can and will happen in la la land. Believe it or not, but Paris has actually DJd at Tomorrowland’s mainstage at Belgium and at the Burning Man campgrounds. And she’s partied at Beyond Wonderland, EDC Vegas, Ultra Miami, Coachella, and countless other festivals so the rave life isn’t something new to her.

Back In 2012, Hilton made her debut as a DJ at Brazil’s Pop Music Festival. Between 2013 and 2017, she held the “Paris Hilton: Foam & Diamonds” residence at the Amnesia nightclub in Ibiza, and was the highest-paid female DJ in 2014 that saw thousands of fans flood the dance floor to see her… perform? Regardless, the girl can pack a club and that’s hot.

On Friday, November 22nd come see Paris Hilton at Academy LA as she makes her official LA debut inside one of the biggest EDM clubs in the country. Tickets are now on sale will sell out, trust us!

TO BOOK VIP TABLES PLEASE EMAIL US AT [email protected] 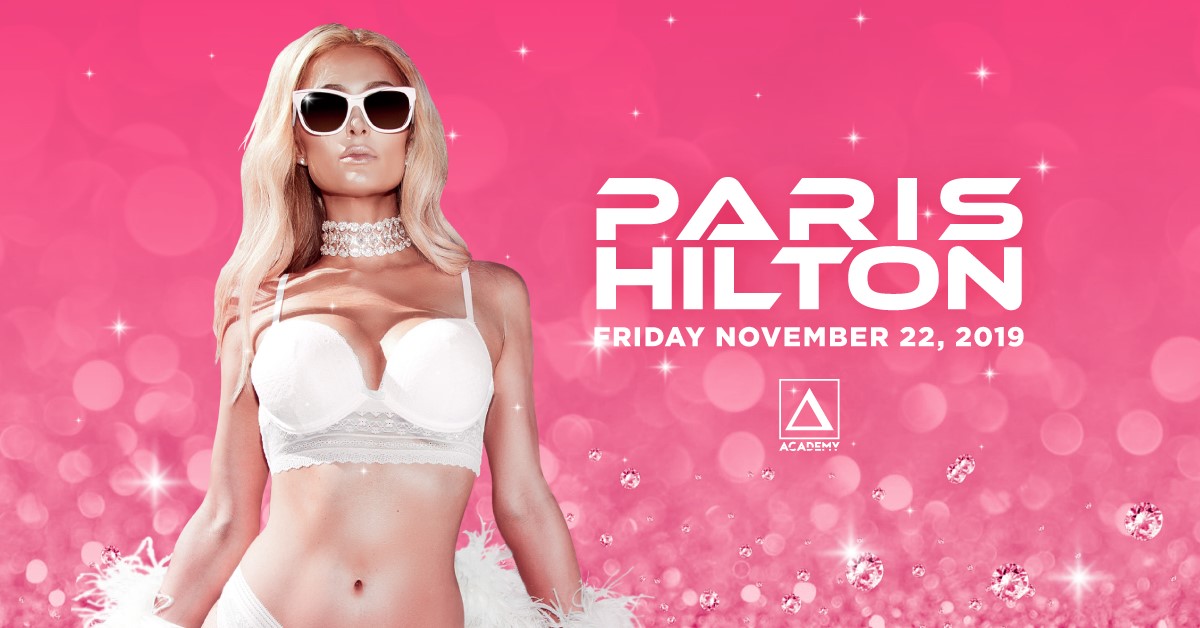