It is our second favorite time of year when a majority of lineups and headliner teasers begin dropping for 2019. Phoenix Lights 2019, a music festival organized by Relentless Beats and known as “Arizona’s biggest dance music festival,” is returning for its fifth year in Phoenix. While the lineup has not been released yet, they are giving fans something to look forward right before ticket sales begin. Today, they made the announcement that the one and only Kaskade would be joining the ranks as a performer during the spring festival.

A redux set? A 6-hour set? Bringing back sunrise they way he did at EDC? We don’t know, but Kaskade can take all of our money. Pre-sale already ended, but general ticket sales begin tomorrow, November 30th. With this announcement, it leaves everyone excited for who else will be on deck. Phoenix Lights promised surprises along the way, and we can’t wait to see what is in store.

Who do YOU want to see play Phoenix Lights 2019? Comment below with your DJ wishlist to win TWO tickets 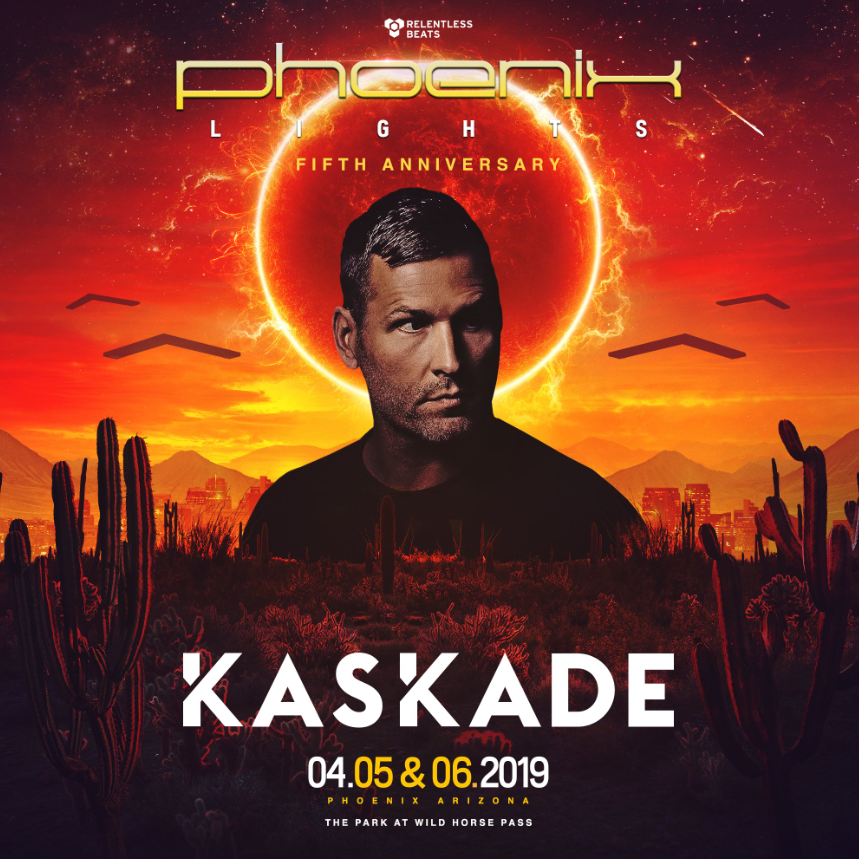