The Factory 93 are proud to present Richie Hawtin CLOSE Live on Saturday, November 23rd in Los Angeles at The Hollywood Palladium with special guest Joseph Capritati.

“Spontaneity & Synchronicity” isn’t just a great term for its alliteration; it’s the centerpiece of Richie Hawtin’s new live electronic show “CLOSE.” Debuted for the first time in the West Coast back in 2017 at Coachella, the inventive DJ/Producer was destined to bring innovation to his performance. CLOSE entails not only a new visual experience but a DJ setup that allows Hawtin the ability to move around like a real human. And now Los Angeles will be able to experience his CLOSE live show in person come this November.

Hawtin always- and we mean ALWAYS- thinks outside the box of Dance Music. Aside from his work creating new sounds as a producer and new ways to play music as a DJ, he’s been known to bring interesting new elements to live performance.

Richie Hawtin challenges the distinction between DJ’ing and live performance with a new 75-minute audio visual show which takes you closer to his unique way of performing.

The show, RICHIE HAWTIN CLOSE – Spontaneity & Synchronicity, explores the relationship between human creativity and innovative technologies that enable the freedom of improvisation. 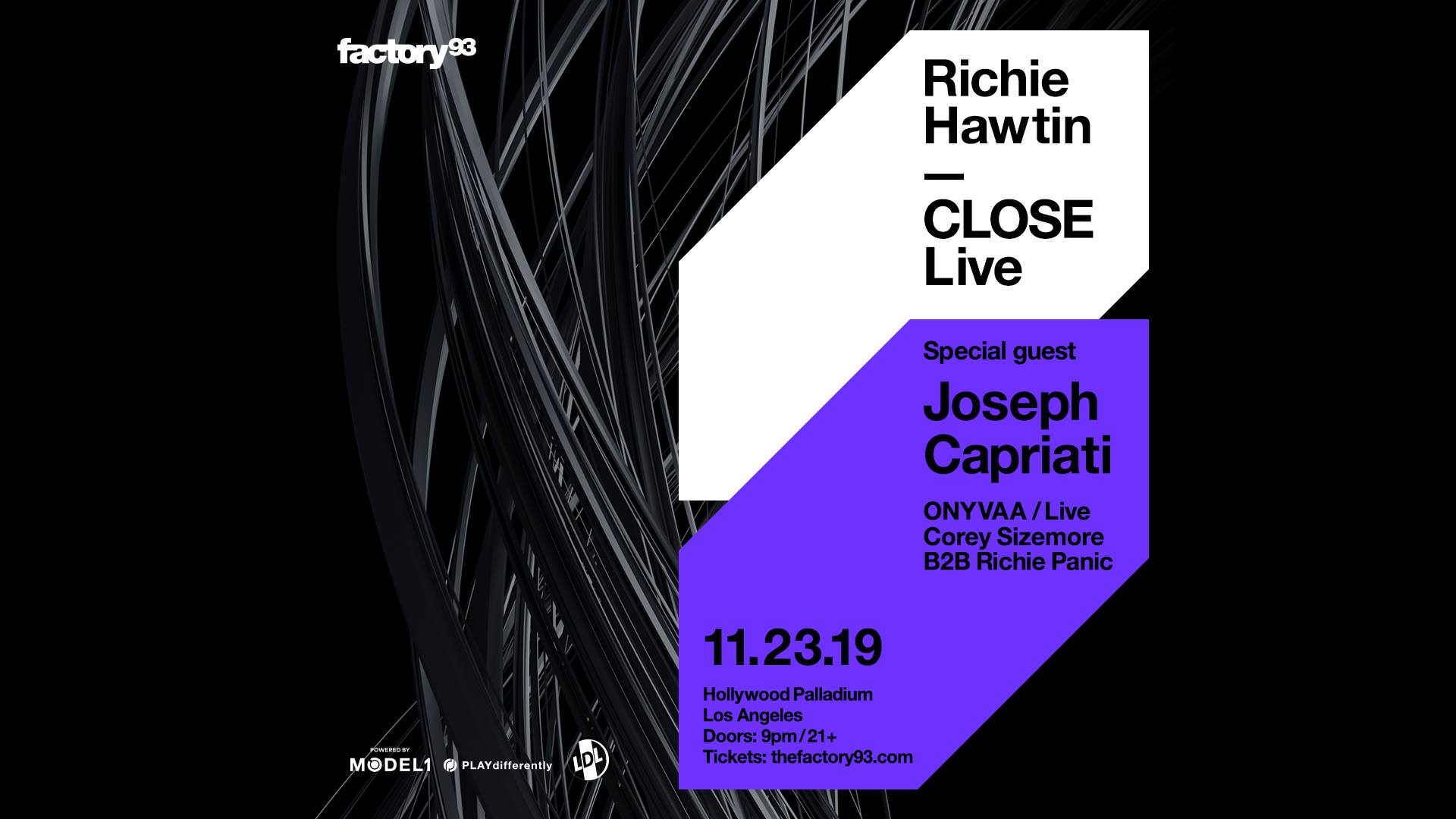