Eric Prydz has announced his first US stand-alone event for Summer 2021 in Southern California, a takeover of Los Angeles. Eric Prydz is set to headline Naud St. in Downtown Los Angeles on Saturday, August 21st, 2021.

For over ten years, Eric Prydz has been synonymous with immaculately produced and unique sounding electronic music. The Platinum-selling producer is responsible for some of the biggest progressive house tracks of the last decade, not to mention some of the most technically impressive live shows of any touring artist.

So here is your chance to party it up again as Factory presents Eric Prydz in Downtown Los Angeles on August 21st – Tickets On-Sale Thursday, June 3, 2021, at 12PM pst! 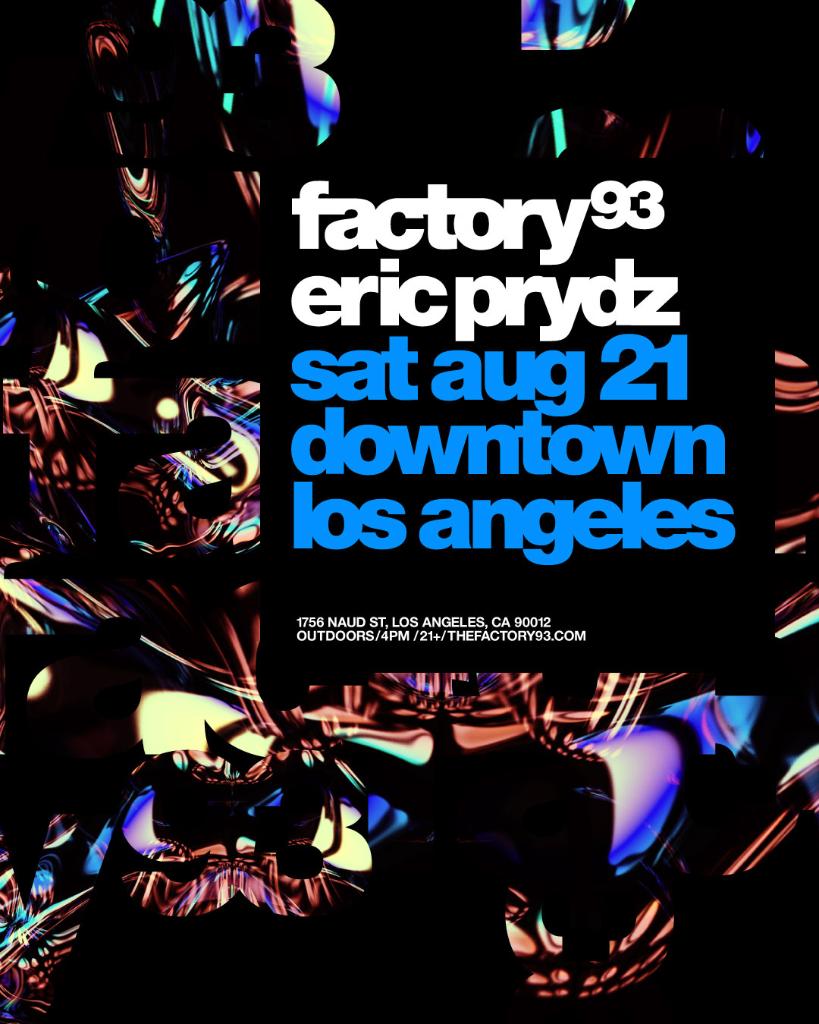