Secret Project emerges from a neighborhood that has quietly, over the last few years, become one of the most exciting in Los Angeles. Hidden between the Gold Line, the renovated Historic State Park and the LA River, Chinatown’s Naud Street neighborhood has added world class restaurants, art galleries and events, a wealth of street art walls, uniquely creative businesses and cutting edge musical projects from Factory 93.

It is a first of its kind festival in LA, dedicated to presenting the avant-garde, indie leaning and esoteric strains of electronic music, in a unique outdoor daytime setting. After last years epic festival, it’s only right Factory 93 brought it back for 2019. Secret Project will house two main stages in the industrial core of Chinatown – an incredible location for a genre of music that has often been associated with urban centers like Berlin and Detroit. In line with events like Movement and Sonar, Secret Project will takeover venues throughout downtown LA for a range of after-parties with details and lineups soon to be announced.

Secret Project is presented by Factory 93, who have a long-standing commitment to showcasing forward thinking music and culture at large-scale shows in Los Angeles, and uniquely programmed stages at some of the world’s best festivals. Factory 93 was a pioneer in this neighborhood, having produced events in the area since 2016.

Which DJs do YOU want to see live at Secret Project Fest? Comment below to win TWO tickets 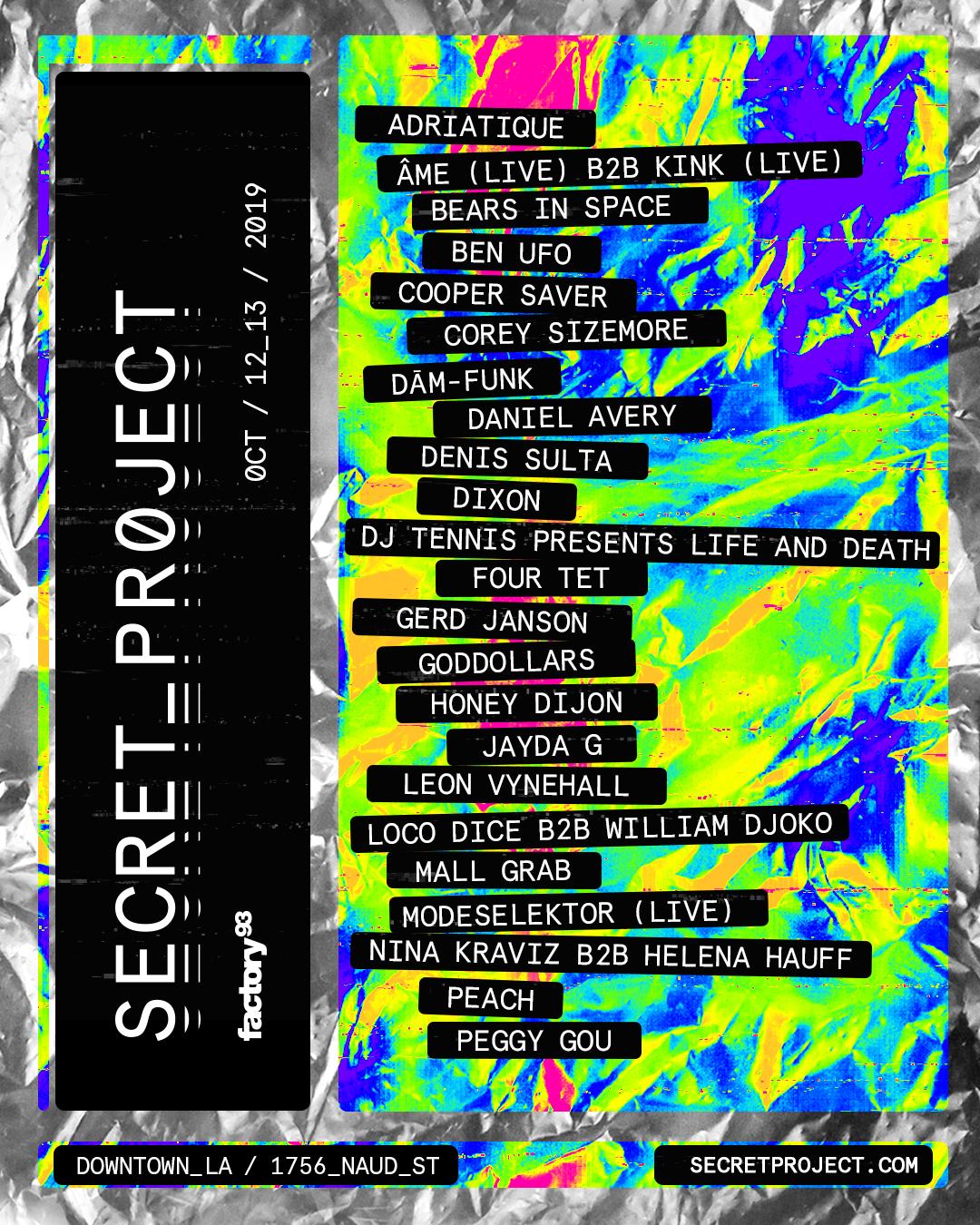