Yup! It’s true! Showtek at The Observatory OC is happening as they bring their massive ‘AMEN North American Tour’ to Southern California on Thursday, November 16th.

Showtek are Wouter and Sjoerd Janssen, two brothers who live for electronic dance music. Showtek have passion they turn into creation, producing music that shattered all expectations in just under a decade of hitting the scene. Showtek have sold out shows in all four corners of the globe on the biggest stages and stunned at every turn. Showtek go bigger and better with every hit, cruising to the Beatport Top 5 an unprecedented 5 times straight and the best is yet to come. Showtek have been the hottest act of recent years; and this is their year, their show.

Smashing their way into the dance elite in a few short years, they behold a career that exists in most producers’ wet dream. Starting out in a quiet town of the Netherlands they were fuelled by bringing the biggest and best music to the world. Named as the #17 musical exports of their home country they are leading the Dutch movement dominating the airwaves around the globe. Tipped by musical gospels from Dancing Astronaut to Billboard and loved by fans of all spheres, all eyes are on Showtek to see what masterpieces this year and beyond will bring. Picking up awards and smashing records as they blast through 2017, the future is only set to for the stratosphere.

Tickets to Showtek at The Observatory OC are now on sale! This event is 18+! 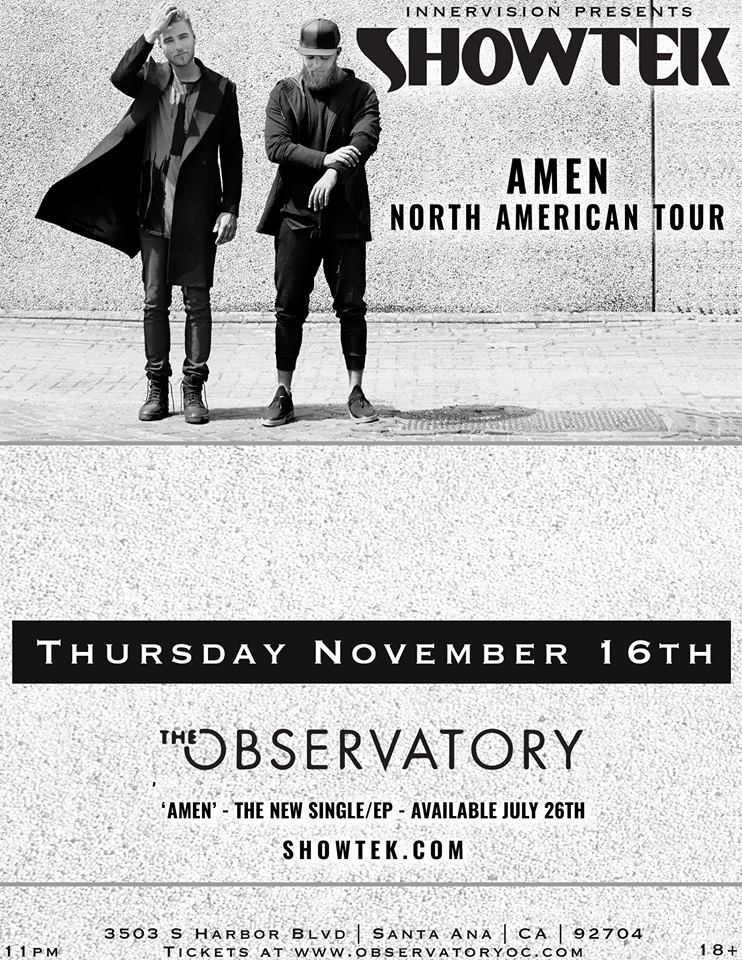