Once again, Travis Scott takes it up a notch – or ten. Known for his explosively wild performances, the history-making Houston superstar will launch his biggest tour yet this fall: “Astroworld: Wish You Were Here.” Bringing the amusement park of his chart-dominating critically acclaimed blockbuster Astroworld to life on stage, the artist has envisioned a show unlike anything done before and unlikely to be topped. The tour, produced by Live Nation, will stop by multiple major cities such as Baltimore, New York, Dallas, Chicago, Denver, Boston, Atlanta, Detroit, Los Angeles and multiple other cities across the US this Fall.

Celebrating the success of Astroworld, Travis consistently uses his platform to give back, transferring his blessings to others. He recently gifted a fan $800 to help pay for his mother’s funeral costs. See the story on People. He further shared the wealth, handing out $100,000 on Cash App. Additionally, Astroworld retains its spot at #1 on the Billboard Top 200 for a second week in a row. It’s just the beginning.

MANN TODAY IS A MARK OF ALWAYS WANTED TO HIT. TODAY LA FLAME RAGERS WE BUILT THIS IDEA WE STARTED WAY BACK INTO SOMETHING AMAZING. AND NOW ITS TIME TO SHOW THE WORLD HOW WE CAN RAGE IN ARENA WITH SPACE. NO SEATING. ASTROWRORLD TOUR IS HERE. 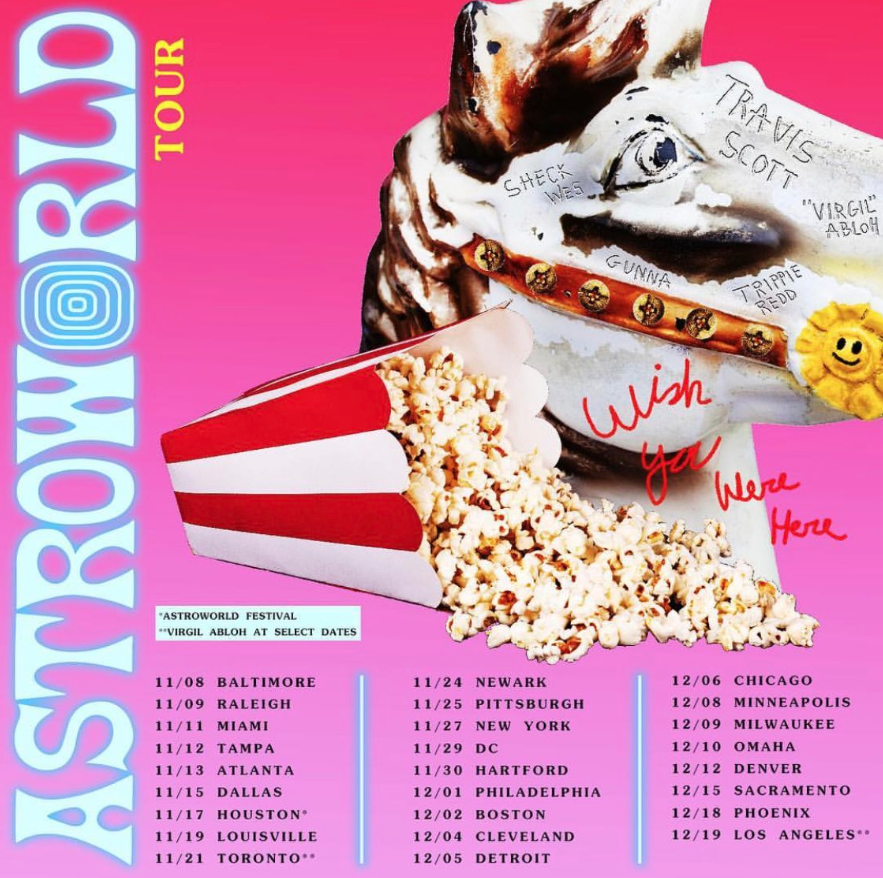