Ultra Music Festival’s phase I lineup dropped this morning, and the list of more than 20 names is enough for anyone to jump in their seat. The announcement has two lists of headliners; on the DJ side, you can expect several names including Tale of Us, Armin Van Buuren, and some choice back to backs from Jauz and NGHTMRE, Adam Beyer with Cierez D as well as Carl Cox spinning with Maceo Plex and a mysterious third act. The lineup also includes live performances from Major Lazer, Gesaffelstein, a show from Zedd entitled The Orbit and a debut performance from Flume. The artist’s Hi, This is Flume mixtape earned a Grammy nomination for its brave and original approach to dance music. The crowd at Ultra won’t just hear his innovation, though- this live show will feature the same crazy antics he pulls off on stage to alleviate his self proclaimed boredom on stage. The 22nd anniversary of the festival will take place at its original home in Miami, Bayfront park on the weekend of March 20, 2020. Tickets are on sale now. 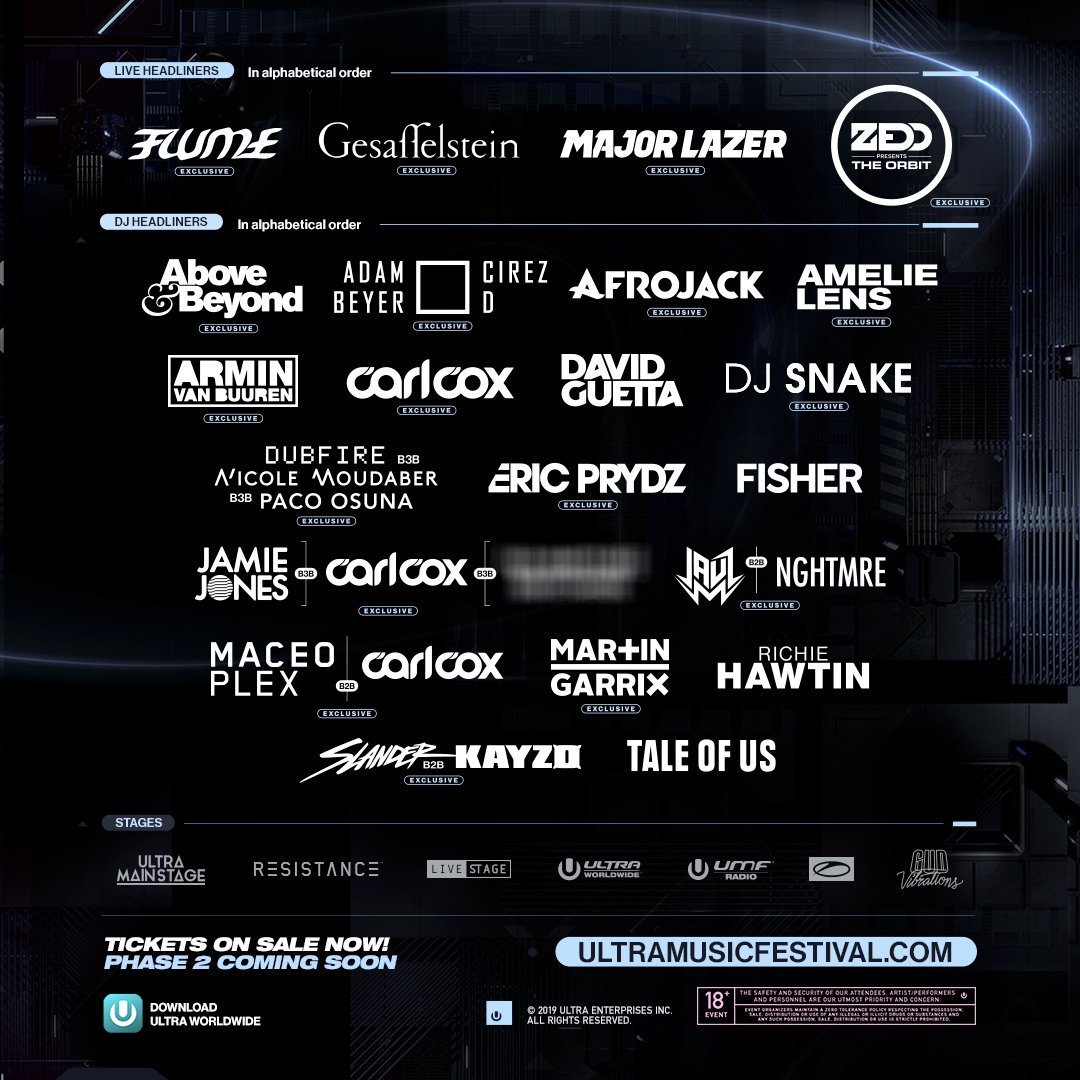