Rumors about Daft Punk are as commonplace as brunch nowadays. Today, there was a new wave of them that, if true, would be great for fans.

Images for what seems to be a Columbia Records product reference document show that the duo have a 12-track album that will be released on May 26th, 2020. The title of the album as well as the song titles have been blacked out.

The images are unverified and they first appeared to stir the Internet on Reddit and Discord. As these sites are not the most legitimate way to find news, there is a high chance that this is all fake. However, if it is true, it is exciting news. Some tracks could even be collaborations with other artists, such as DJ Sneak.

This album release would also be seven years after their last one; Random Access Memories came out in May 2013 and was the last that we heard of the French producers.

See the images below, and let’s hope that this isn’t just an elaborate prank. 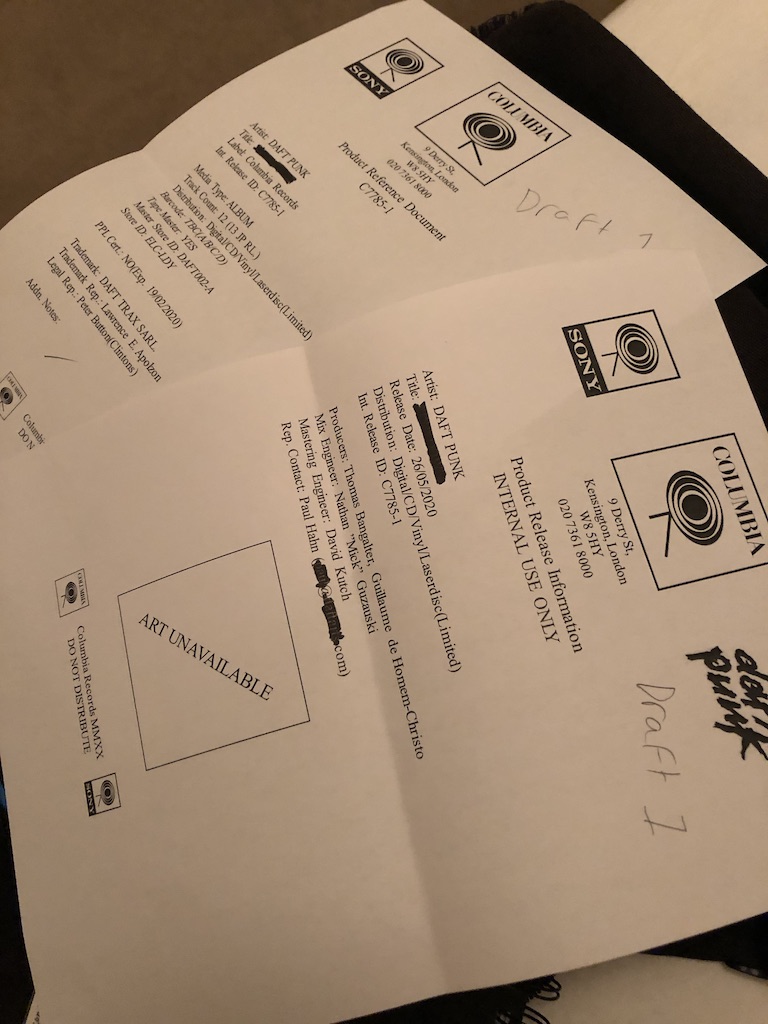 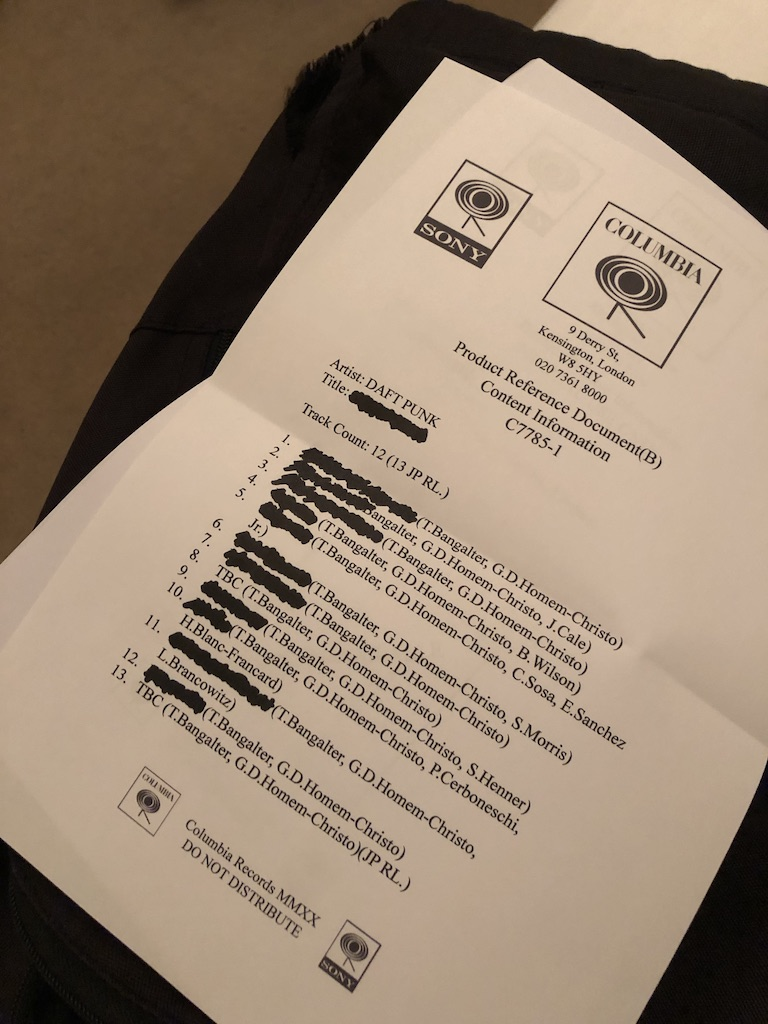