The globally renowned electronic trio, Above & Beyond, announced they would introduce their massive Common Ground tour at the Los Angeles Convention Center (LACC) on Friday, December 29. Presented by Insomniac and Exchange LA, the show marks the third monumental dance music gathering to take place at LACC in the venue’s history. Above & Beyond will bring an immersive performance to thousands of fans ahead of their sixth studio album and a worldwide tour to be announced soon. Fans can register to access pre-sale tickets from now until Friday, October 6 at 10 AM PT. The official pre-sale will begin on Monday, October 9 at 10 AM PT, with the general on sale to follow on Friday, October 13 at 10 AM PT. Be the first to secure a ticket at the band’s landmark show, here.

“For one night, the Los Angeles Convention Center becomes our Common Ground: a place for us to enjoy the music we love, together. This is the kick-off to our album tour and is our first solo LA show since the Hollywood Bowl. We’re very excited to be playing at one of the biggest all GA venues in LA for the first time and hope to see you on the dance floor!” – Above & Beyond

The Grammy-nominated producers deliver the news after wrapping a sold-out show at Red Rocks Amphitheatre, followed by the debut of their latest film project, “Above & Beyond Acoustic – Live From The Hollywood Bowl.” In celebration of the 250th episode of their radio show, “Group Therapy,” Above & Beyond produced ABGT250, a milestone event at The Gorge Amphitheater featuring acts like Seven Lions, Luttrell, Yotto, and more. Fans from all over the world experienced ABGT250 together during the Twitter live stream of the breathtaking two-day concert. Showing no signs of slowing down, Above & Beyond will bring 2017 to an epic close by kicking off their global Common Ground tour at the city’s historic LACC. 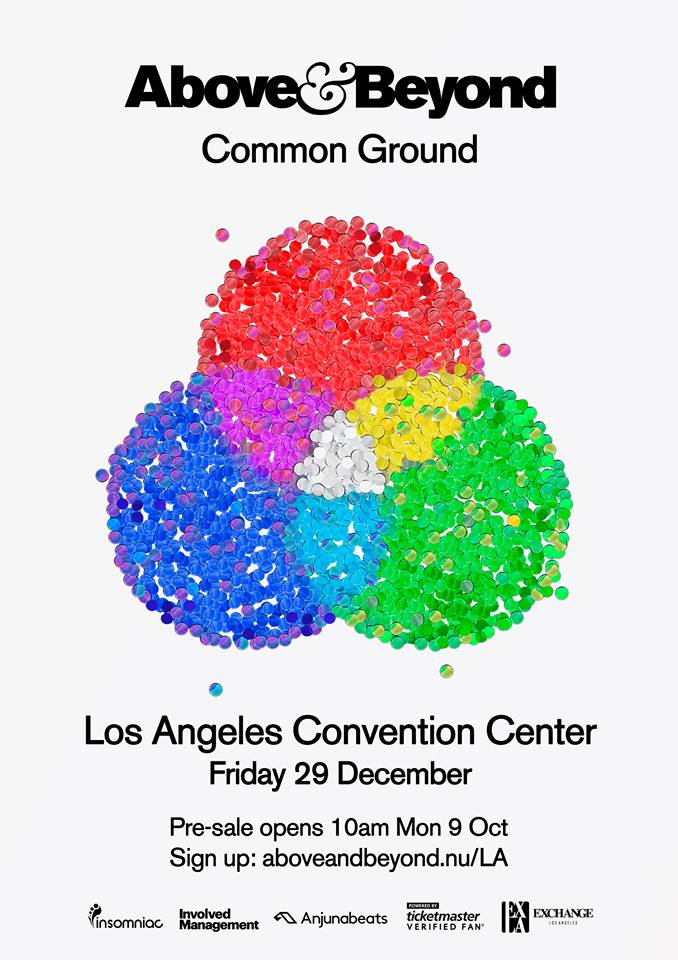