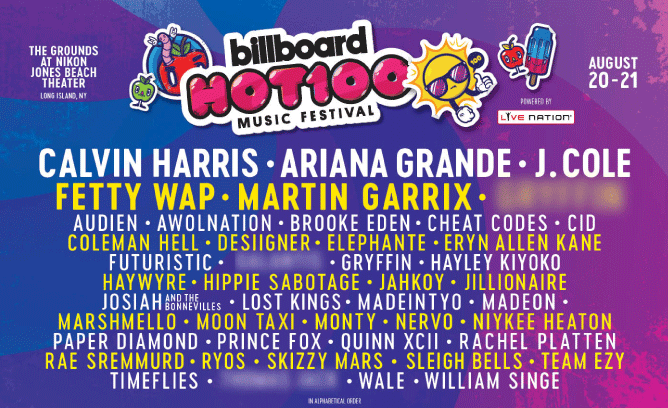 New York’s Billboard Top 100 Music Festival has just announced their huge summer lineup. Get ready for another festival of fun from electronic acts such as Calvin Harris, Martin Garrix, Marshmello, Madeon, Audien, Paper Diamond, and more! Aside from the electronic acts are artists like Ariana Grande, J.Cole, Fetty Wap, and more with a different variety of genres. Taking place on August 20th to August 24th at the beachside venue Nikon at Jones Beach Theater, the event is back and better with 3 huge stages! General public tickets will go on sale May 21 at 10:00a.m. Don’t miss out on New York’s premiere music festival! Till then watch the official 2015 after movie below.