Tyler, The Creator has announced that his Camp Flog Gnaw Carnival 2017 will be returning for the seventh year in a row, this time, however, for a special two-day festival during Halloween weekend. The decision to move from one to two days was due to more than 30,000 tickets being sold for the 2015 Carnival and last year proved the fest needed two full days to get the full experience of the event,

For 2017, the festival will take place on October 28th & 29th at Exposition Park in Los Angeles. The performers have been revealed and this year’s artists include, Justice, Alison Wonderland, ASAP Rocky, Mac Miller, Kid Cudi, Vince Staples, Solange, 2 Chainz, The Internet, Tyler The Creator, and of Lana Del Rey. Tickets to Camp Flog Gnaw 2017 are on sale THIS Thursday at 12PM pst! Keep it locked on here for more info!

GIVEAWAY: Which Hip-Hop artists or live Electronic acts would YOU like to see on the lineup? Comment below with your wish list for your chance to win a 2-day pass. Don’t forget to leave your name! 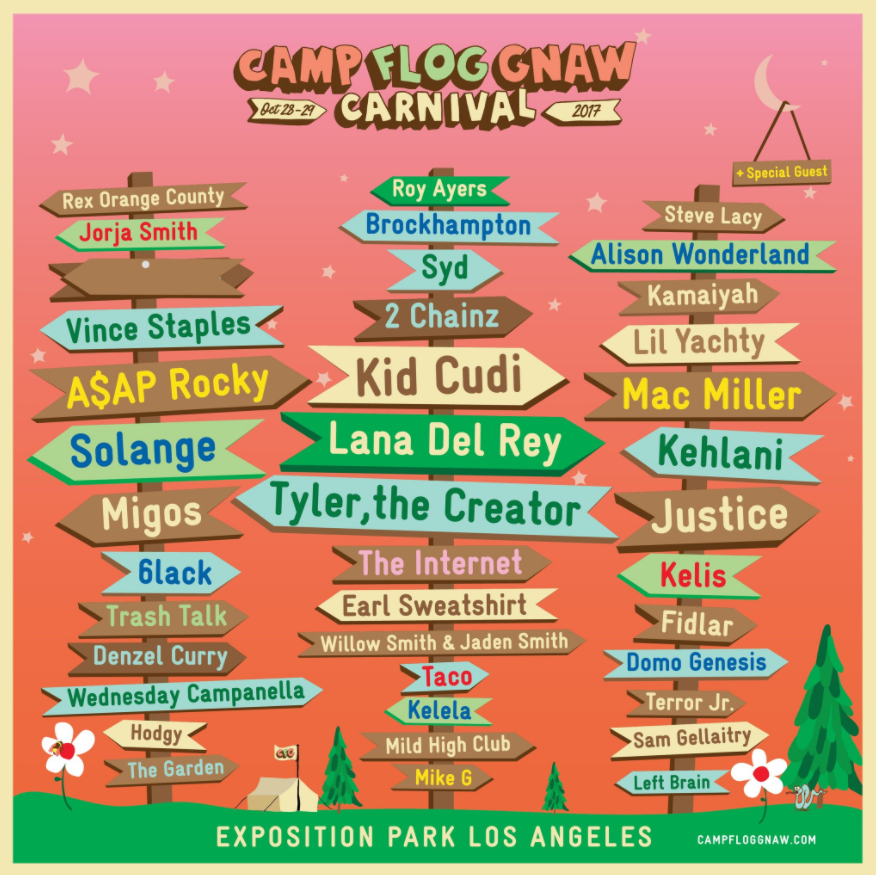