One should have assumed that at an event literally influenced by aliens, there would be information on Insomniac’s upcoming celebration of the non-earthly species. At an Area 51 storming celebration in Downtown Las Vegas, Countdown NYE 2019 posters were found posing as headlines for the “Insomniac News.” While the only thing we got from the poster was the date and venue, it looks like people headed there can expect a big homage to this year’s most prevalent memeable joke. California still has a big Halloween festival and Trancegiving to look forward to, but for those ready to lock in NYE plans, Countdown is coming back to the NOS Events Center at full force. Keep an eye on GDE for tickets and lineup info. Shout out to Twitter user @Xarthling for bringing this to our attention.

More importantly though, EDC Las Vegas 2020 is on sale TODAY! Get tickets now.

Question: Which DJs do YOU want to see headline this year? Comment below! 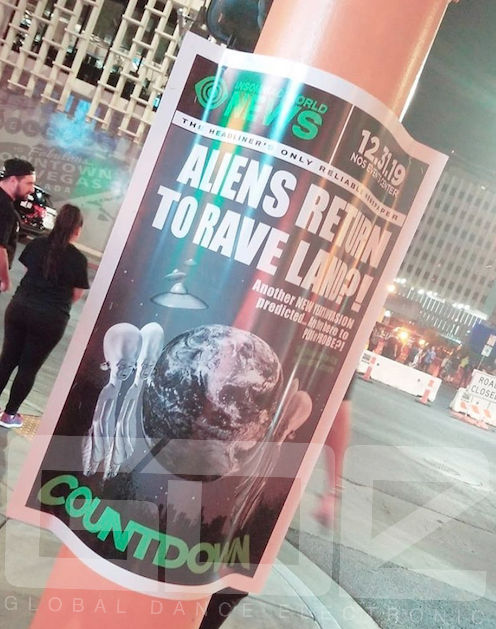