If we’re being technical here, the Countdown NYE 2019 Lineup has been up for a little while now. Insomniac revealed the lineup in alien code, to go along with the theme of the weekend. Passionate fans already revealed the code, but the promoter themselves could have easily thrown a few curveballs in the mix…

…the only place to get confirmation was at this last weekend’s Escape Psycho Circus. The Countdown NYE flyers flows straight from a UFO above the NOS Events Center revealed all in alphabetical order, the following names were cemented on the schedule.

Resistors were right on the money as usual, and we can’t wait to ring in 2020 with these artists soundtracking our abduction. Countdown NYE Tickets are on sale this Wednesday, October 30th @ 12PM

Which DJs do YOU want to see live at Countdown NYE? Comment below to win TWO tickets 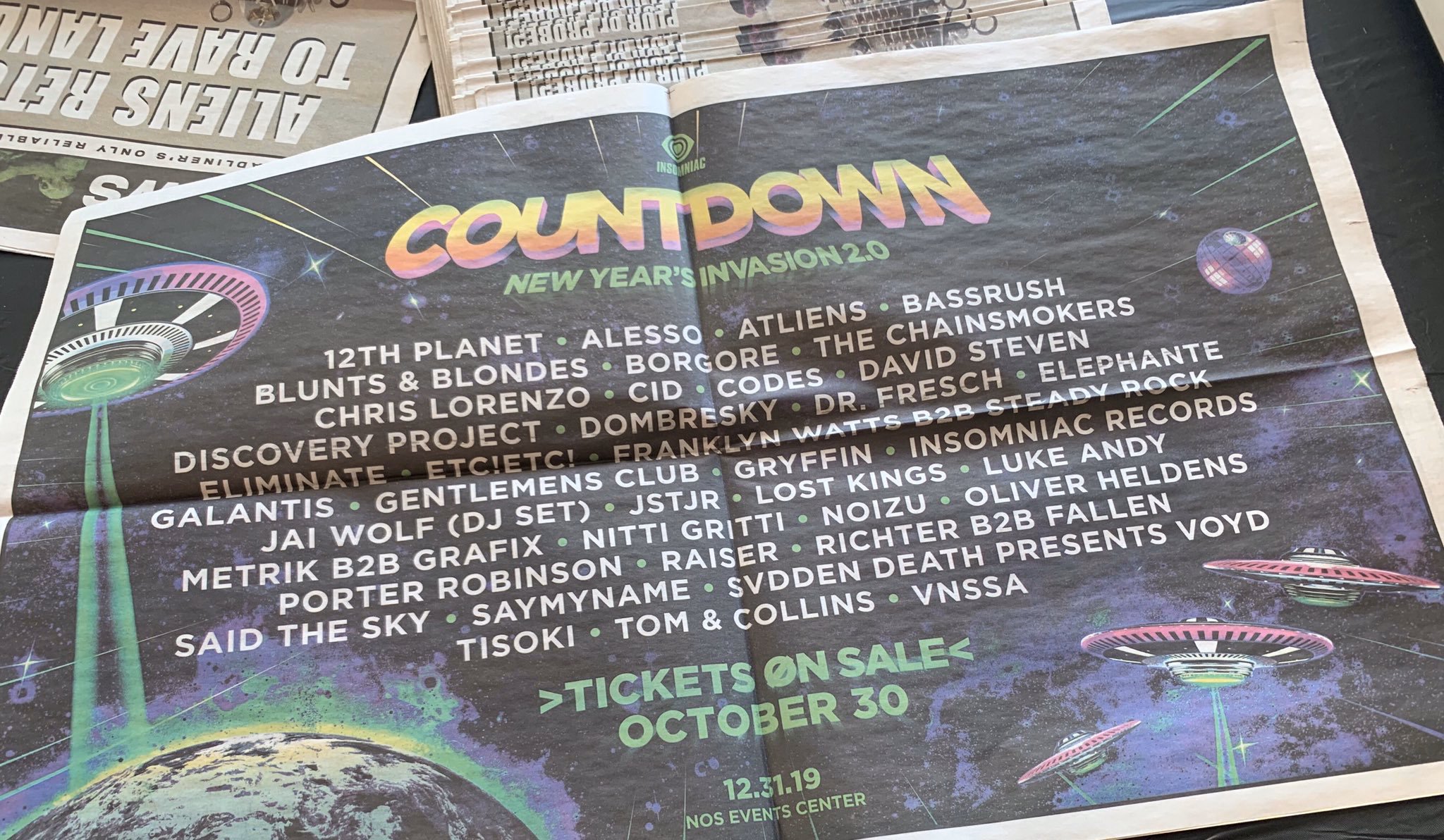