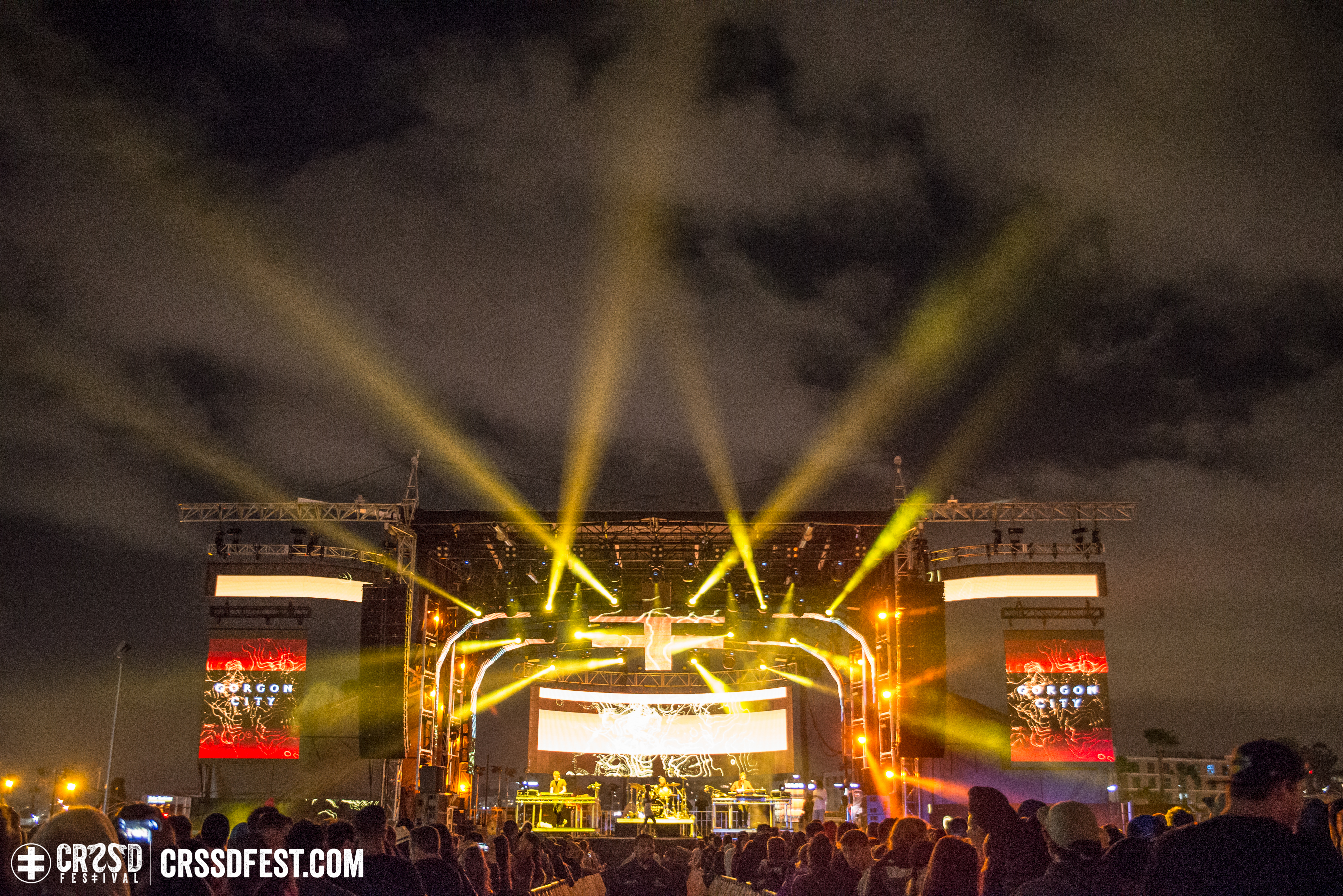 A beautiful shore line to one side and the towering city on the other was the beautiful landscape of CRSSD Festival at Waterfront Park, San Diego that took place over the weekend of Saturday, March 5th, and Sunday, March 6th. Bumping music, dancing all day and night, fashionable attendees, a variety of beer, a splash pool with fountains, a beautiful sail boat off the coast, jaw-dropping sunsets, and the scenic beach atmosphere are only a few things that summed up the weekend in San Diego. From live acts to outstanding DJ sets, the lineup for this year’s festival was stacked and full of talent that covered your taste in eclectic music like house, tech house, disco, deep house, techno, and everything in between. The Ocean View stage was the main stage, overlooking the ocean and pulling huge crowds for live acts like Odezsa and Gorgon City, as well as the best live DJ acts from, Gesaffelstein, Chet Faker, Tycho, Hi-Lo, and a few others. The Palms stage housed legendary DJ’s including, Jamie Jones, Claude Von Stroke, Green Velvet, Skream, Tiga and many more. Palm trees and greenery decorations brought the stage to life, especially when it started to drizzle a bit on the first night of the festival. Luckily the crowd was safely covered by a canopy with hanging umbrellas. 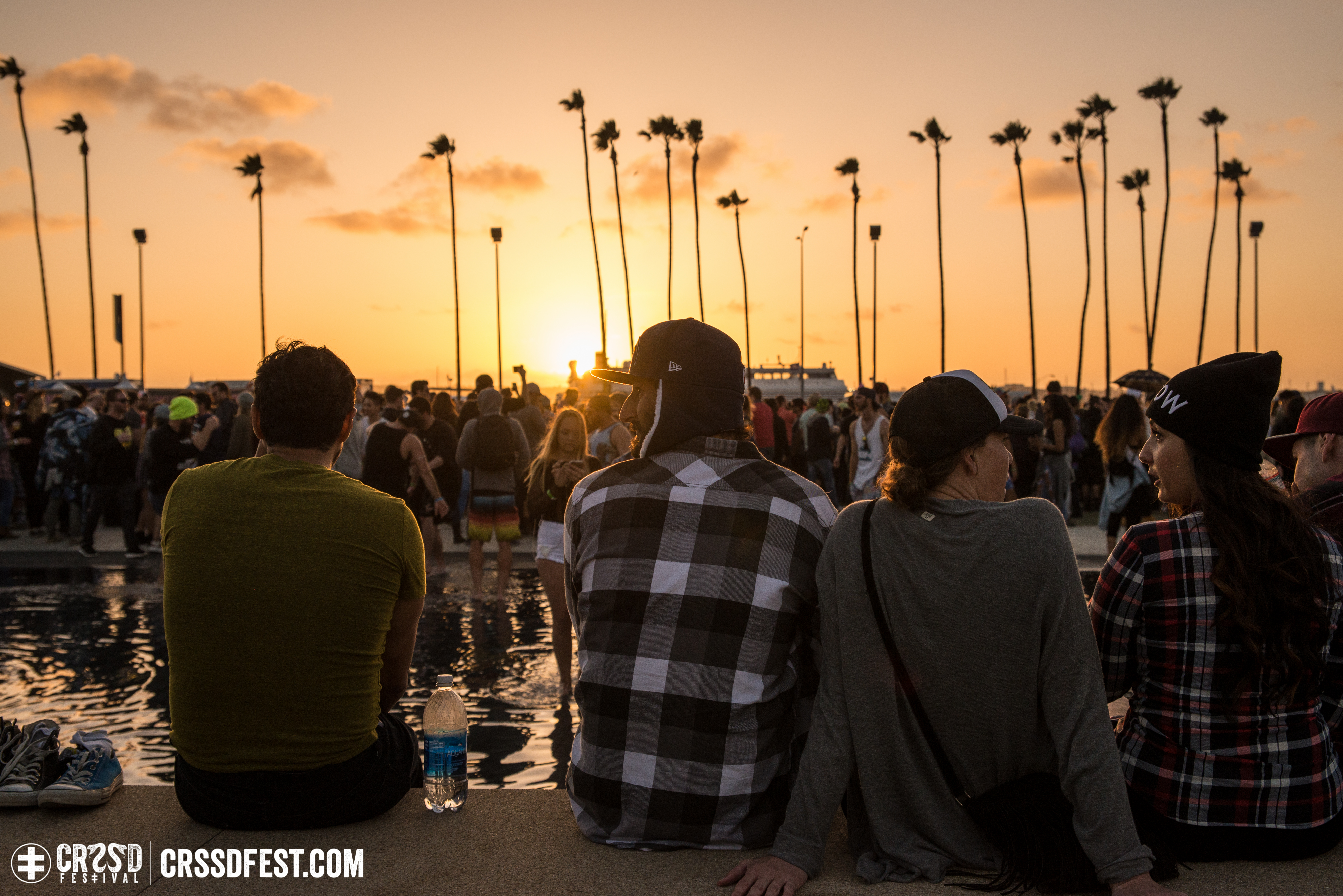 The City Steps stage was the place to stay for special two hour extended sets by big names like, Cirez D, Loco Dice, Hot Since 82, Damian Lazarus, and more. An ambience of techno and house filled the stage and you could definitely feel a good vibe in the crowd. The rain didn’t stop attendees from enjoying the first night of CRSSD, closing the night with Eric Prydz’ techno alias, Cirez D at the City Steps stage. Luckily the stage’s awning blocked the little rain that occurred but the combination of mist and vibrant lighting during Cirez D’s set gave it a whole new experience. Closing the weekend out at The Palms stage was Claude Von Stroke who brought his Dirtybird A-game. The stage resembled a tropical rainforest or jungle that night due to the green lighting and leafy decorations. The night got even better when fellow producer and DJ, Green Velvet showed up for some “Get Real” for the last 30 minutes of the night. On the last night of the festival, Maceo Plex who saved the day by filling in for Tale of Us and closed out The City Steps Stage, powering the crowd through electric beats and ongoing rhythms. The fashion sense of attendees at CRSSD was exquisite, almost like a mini Coachella. Every kind of graphic tee, polo, shirts, and DJ tees you could think of were worn. Alien socks and mustache socks, watermelon, taco, and ice cream polo’s, Cirez D, Dirtybird, and Holy Ship shirts, Bro tank tops, oversized long tees, and how can we forget, the color black. For the girls, it was like a runway, and if you took the time to people watch, any girl would love a new wardrobe consisting of every outfit they saw. Wedges of all kinds and colors, sandals, kimono’s, cover-ups, rompers, bathing suits (for anyone who was brave enough to go in the water), leather jackets, criss-crossed tops, jewelry galore, and the cutest sunglasses you’ve ever seen were only a few items of the plethora of clothes seen that weekend. Overall whether you were there to listen to the music, make a fashion statement, or just grasp the music scene, attendees were looking amazing, but more importantly wearing the best thing, a smile. The energy at CRSSD was through the roof and everyone in the crowds were in sync with the music. The festival brought people from all over to join together for a weekend of music, dance, and fun in the best possible atmosphere. 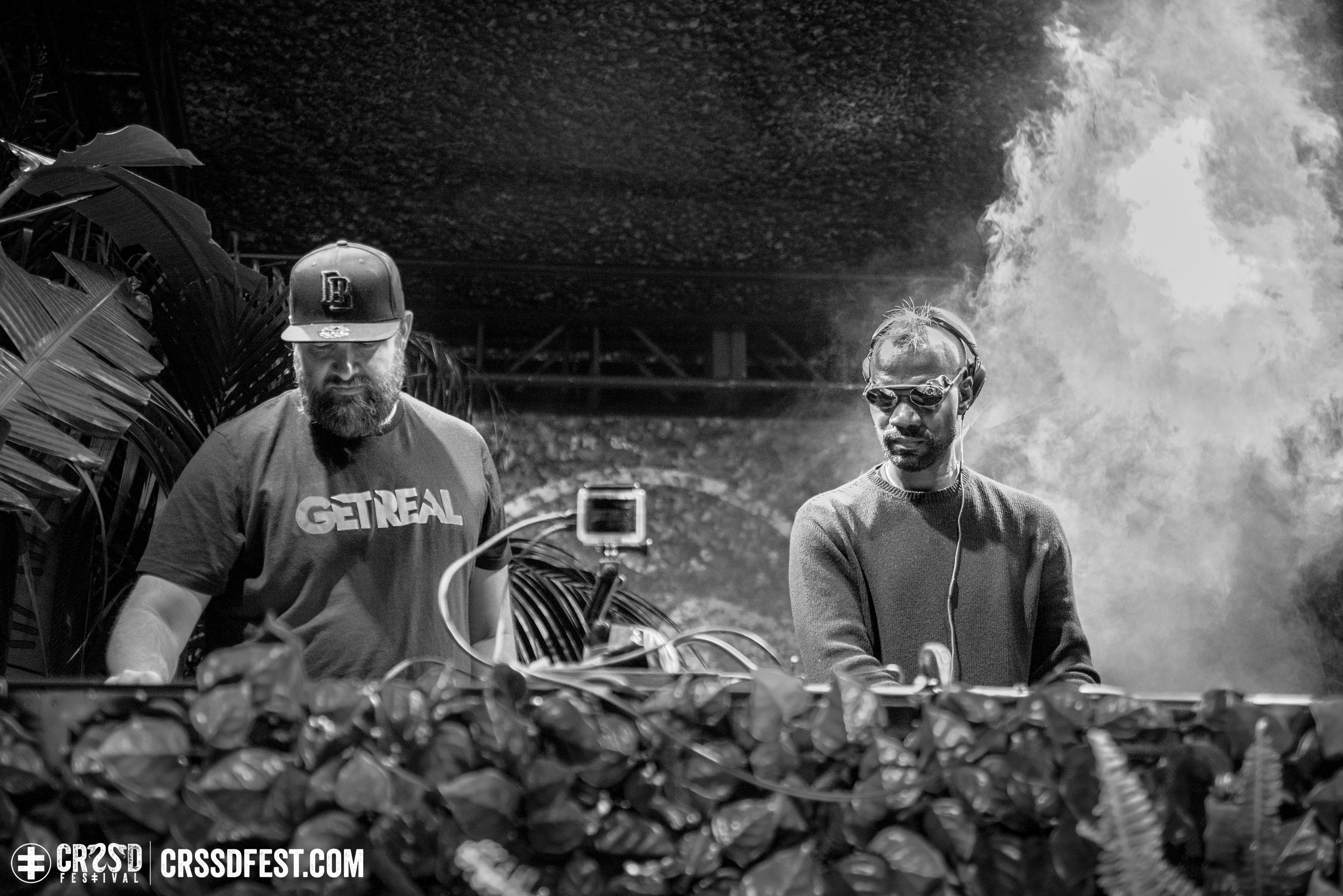