UPDATE: DJ Snake & Malaa have been confirmed to go Back 2 Back at HARD Summer 2019. Secure your tickets NOW before this massive Summer Music Festival sells out.

A little detective work goes a long way, as proven by Twitter user @ETonDrugs. Thanks to his findings, we now have a strong idea of who the special guests at HARD Summer will be. The two names are marked with question marks in this order: “?? ????? B2B ?????.” Any hopeful soul could hope that the question marks being the same number of characters as DJ Snake B2B Malaa, but that alone isn’t enough. Said Twitter user proved this by cleverly placing three pictures together for context.

Both tour posters indicate a vacancy on the same day: August 3rd, the day of the festival. DJ Snake is close by in his dates before and after the tour. Granted, Malaa’s scheduled for Croatia beforehand and Spain after his mystery August 3rd gig…but the dates are days apart. We can say with 98.5% certainty that this is the answer fans have been wishing for.

HARD Summer hits SoCal on August 3rd & 4th at the California Speedway in Fontana. You can still get tickets directly down below or Buy Tickets Here. 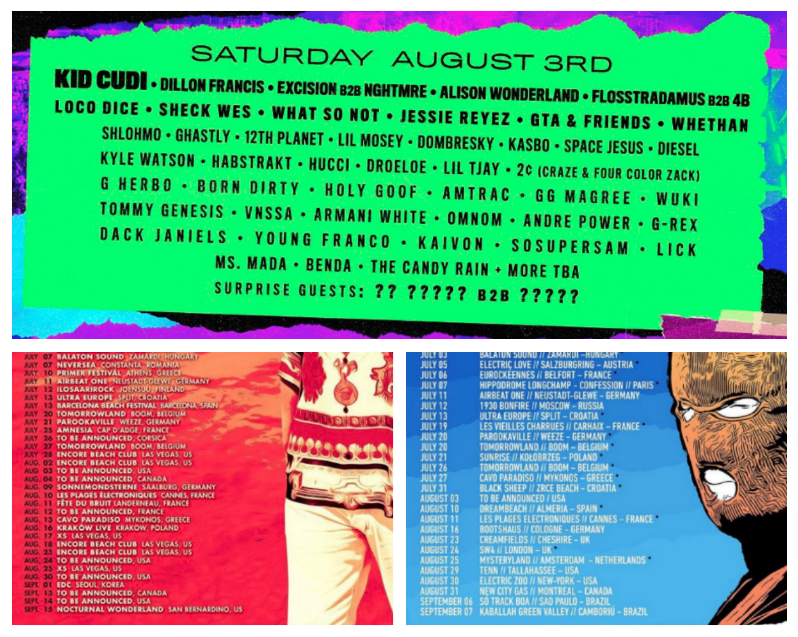