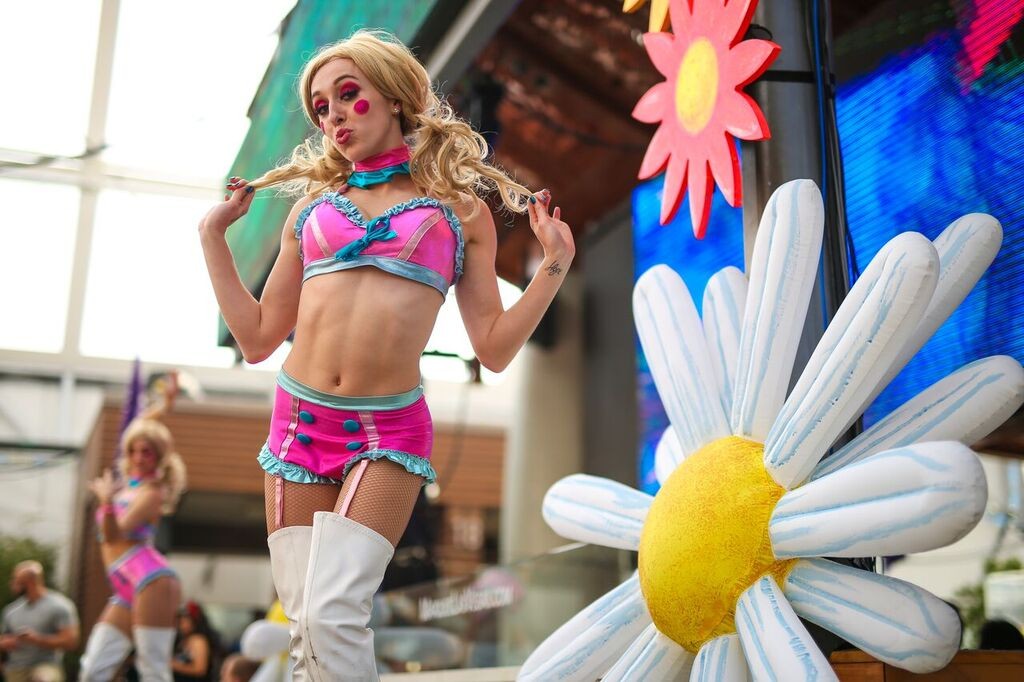 All Photos by Tony Tran

It’s fair to say that Insomniac Events‘s flagship affair Electric Daisy Carnival Las Vegas gives people a host of shivers in anticipation. The only proper way to satiate that is by throwing a hell of a party when you hit a milestone in the countdown to that Motor Speedway pilgrimage. This last weekend was the official Halfway to EDC event, which took place under Marquee Las Vegas‘s Winter Dayclub Dome for two straight days. 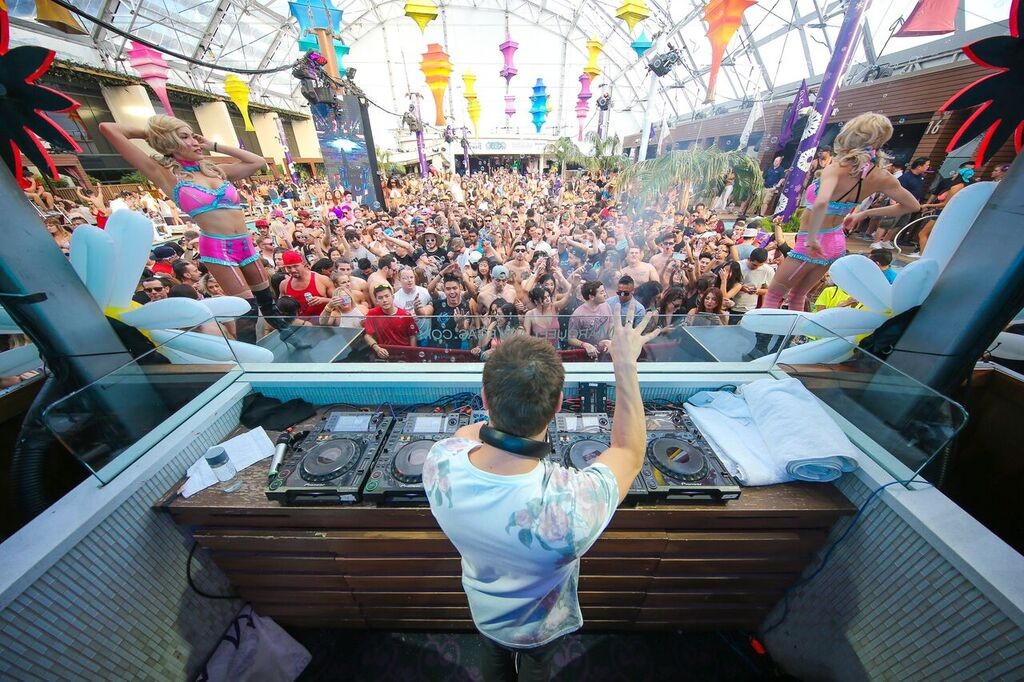 Considering a Vegas Winter is everyone else’s Summer, the turnout was immense and swimwear crowded the pools months ahead of schedule. With a star studded lineup, production that easily topped some festivals, and a crowd that came for the music above anything else, Halfway to EDC planted it’s place as a contender for one of the best parties of the year. 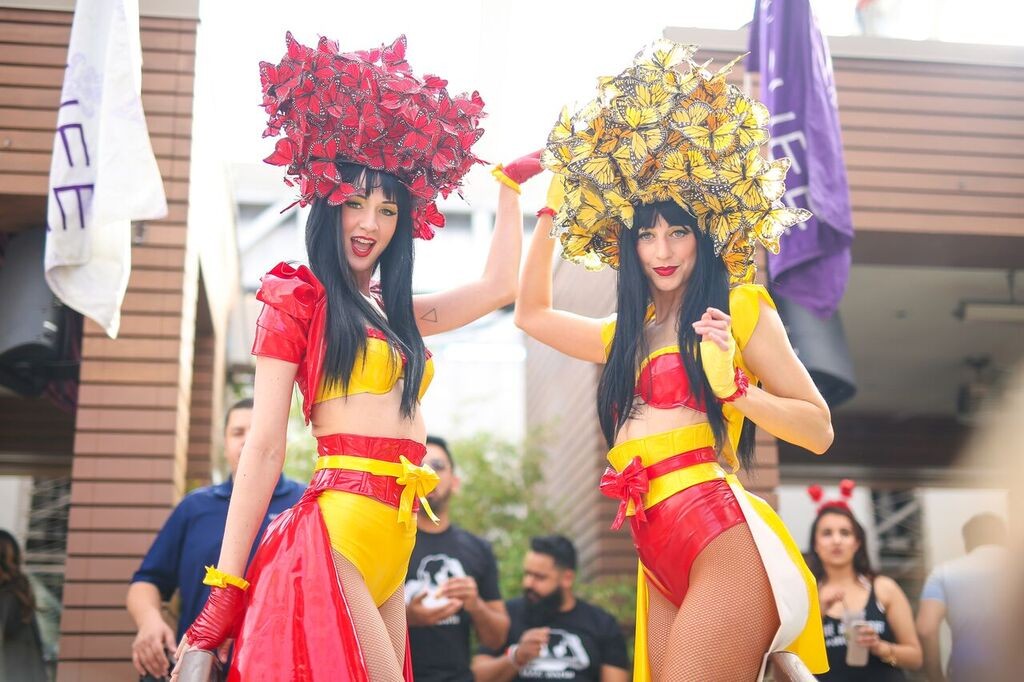 Vegas clubs are known worldwide for their attention to production quality and detail, but even they have to step aside when Insomniac floats into the picture. Upon getting through the doors into the hallowed dome, people witnessed an impressive amount of decor hanging from the ceiling, growing from of the sides of the main stage, and filling the inside area where a second set of decks was stationed for an alternative party option. Eyes were also pleased to see Insomniac’s performers who’s detailed, imaginative costumes completed the sense of an otherworldly environment. 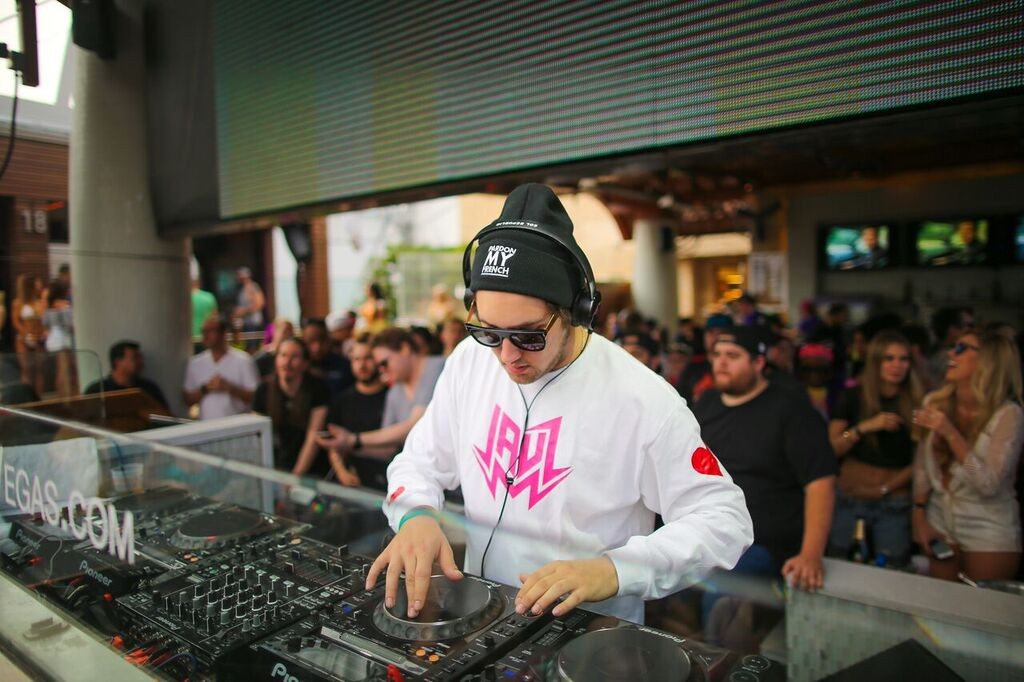 It’s an act of graciousness to pack so much talent into seven hours for two days in a row in addition to the work done to completely transform the club, and you better bet the crowd at Marquee got an earful of the June fesitvities to come. Nearly every style of Dance Music was represented, with artists such as Jauz and Dr. Fresch bringing the Bass Heavy energy and Dash Berlin as well as Tritonal on the flip side of that, inspiring singalongs and bringing couples together for the Valentines Day celebrations. These and too many additional acts to name kept the energy riding above the standard through closing time. 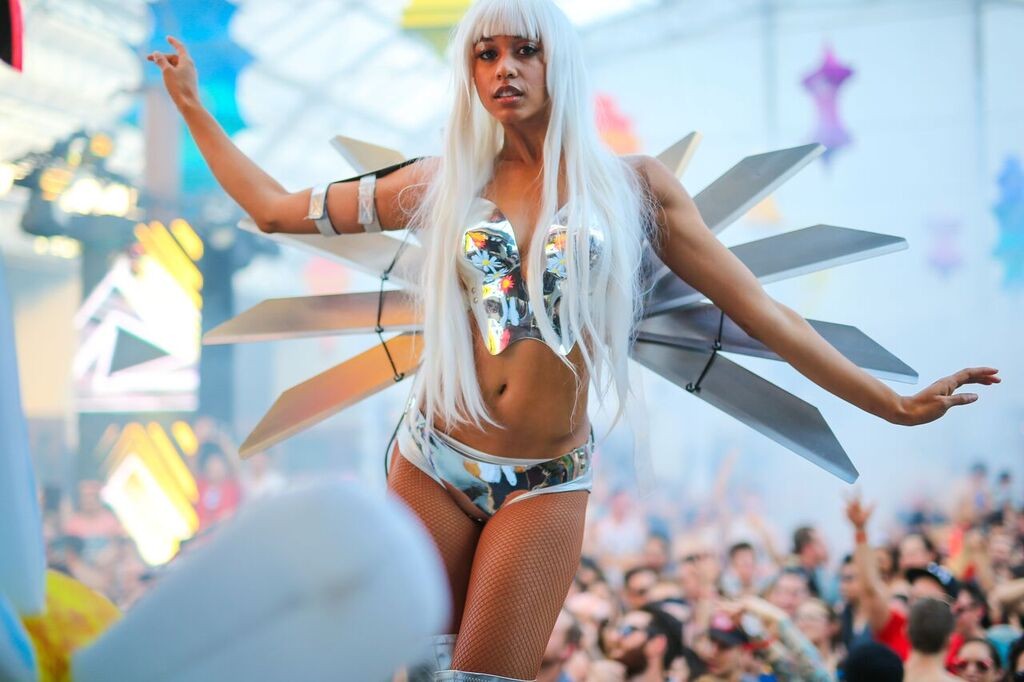 The sunny extravaganza also timed itself smack in the middle of Presidents Day Weekend, so the crowd in attendance was not only fearless weekend warriors from out of state, but those who were able to take advantage of the extra day off. Leave it to the vibes of EDC to inspire a music-centric mindset; there were plenty of people crowding the dancefloor who were armed with swag representing the multitude of artists slated to play that weekend, and plenty more passionate about seeing acts scheduled to spin at nightclubs left and right of the venue come nightfall. It deserves saying again: the bow that ties an event together and keeps smiles on faces throughout is the enthusiastic population of like minded peers that fills the venue. 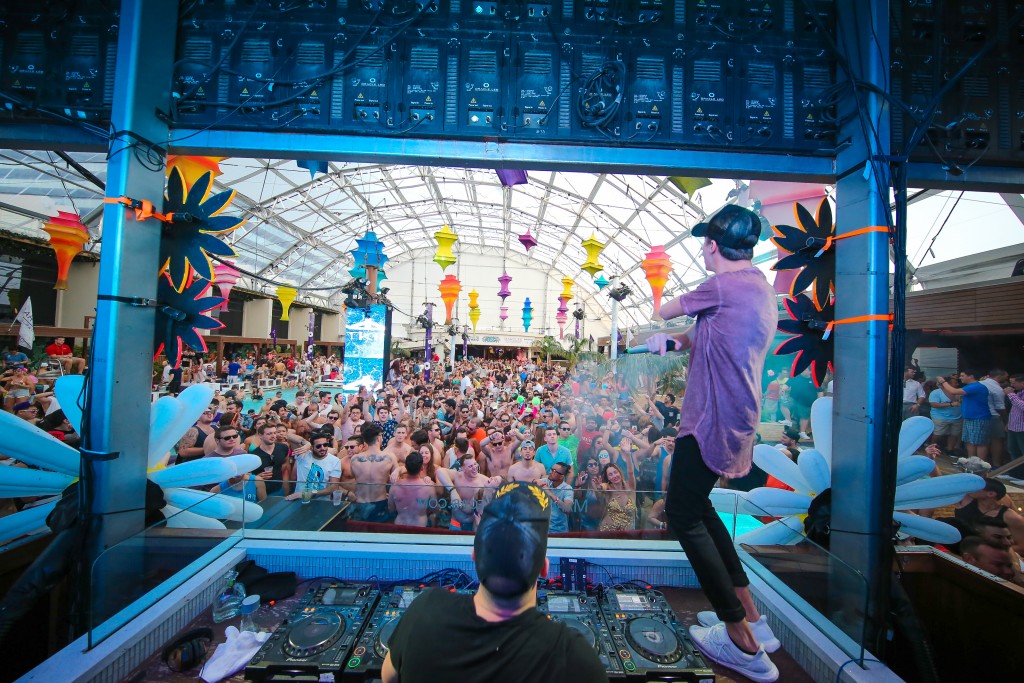 Simply put, EDC became that much more promising following the setting sun and final few beats of it’s halfway mark celebration at Marquee Dayclub. An engaging combination of eclectic sets, visual stimuli, and ravers in clubber’s clothing brought back the feeling of standing in Kinetic Feild for more than just a few people who made it out. That powerful atmosphere given a smaller form under the Vegas sun was not only a welcome preview to the entire Dayclub season, but a standard for all future events to take place in town come Spring.
EDC Vegas is closer to it’s 20th Anniversary than you think(hint: it’s more than halfway there). Get tickets here. Smart enough to already have your spot reserved at the Speedway? Keep up with all the info on their website.
Share
0
Share
0
Share
0
Share
0