HARD Summer is back which means we outsiiiide!  After being indoors and event-less for over a year, everyone is READY to attend this favorite summer function. Following Insomniac’s debut of Day Trip, HARD Summer will be the second Insomniac festival to return in SoCal. This stacked lineup covers so many different genres and creative artists. Performances from globally recognized names in hip hop to the funkiest of house music to filthy dubstep and of course all the trap you could handle. With all these artists and genres to explore and discover, it can be overwhelming to know where to start. But don’t worry, we got you covered as we present to you GDE’s Top Ten Acts that you need to check out this year at HARD Summer.

Shall we get started? 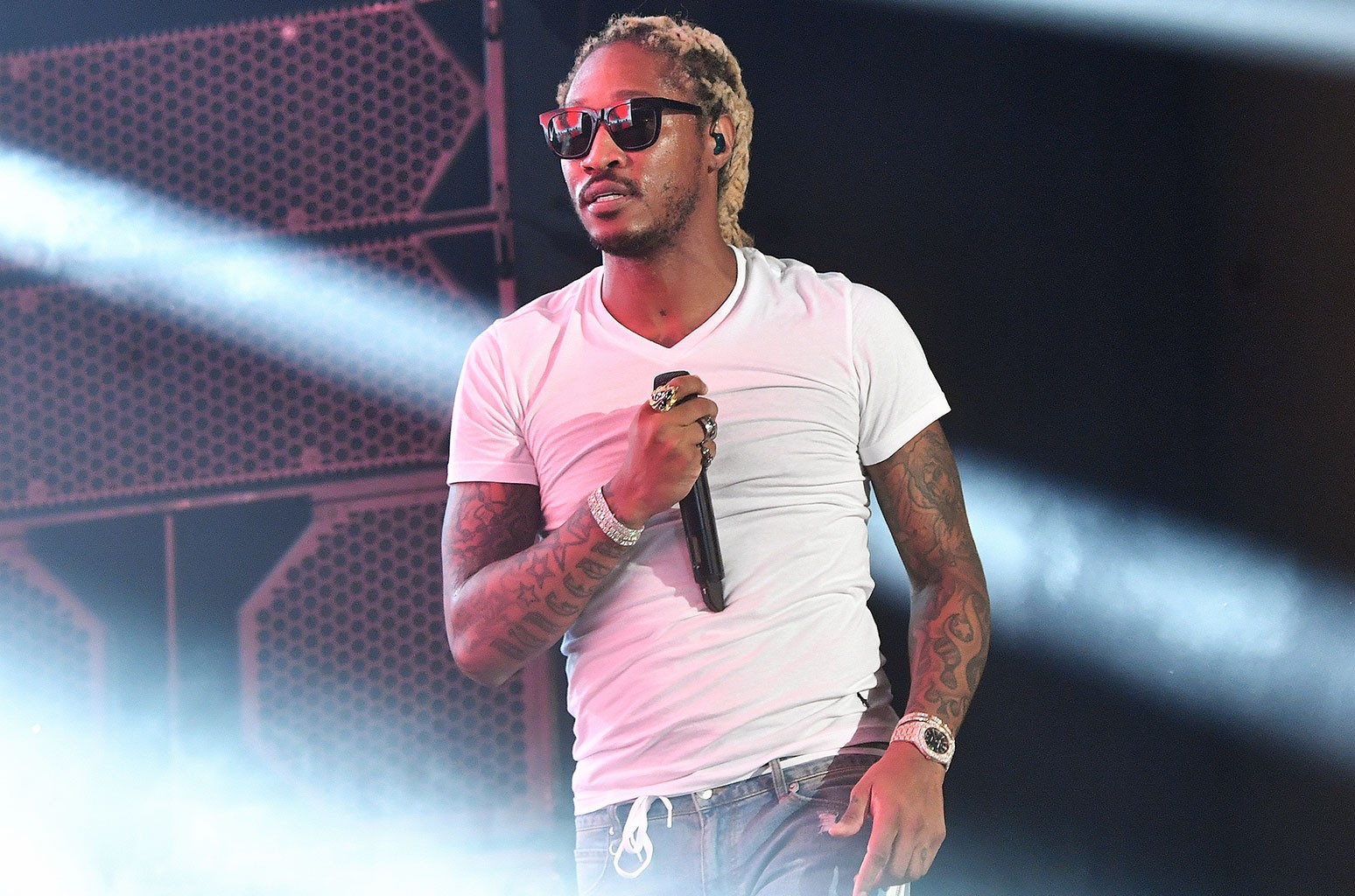 Atlanta rapper and Dungeon Family veteran, Future is set to headline day one of HARD Summer on none other than the HARD Stage. Known for a uniquely fluid and melodic yet mumbling vocal style, rapper Future busted out of the South at the dawn of the 2010s with a flurry of mixtapes, high-charting albums, certified platinum singles, and contributions to several other hits as a featured artist with Drake, Juice WRLD, The Weeknd, and many more. You can definitely expect Future to play all his cuts from classic projects Purple Reign, HNDRXX, DS2, What a Time to be Alive (w/ Drake), & more. But fans are ready to let loose when he performs “Mask Off” live in front of the crowd. 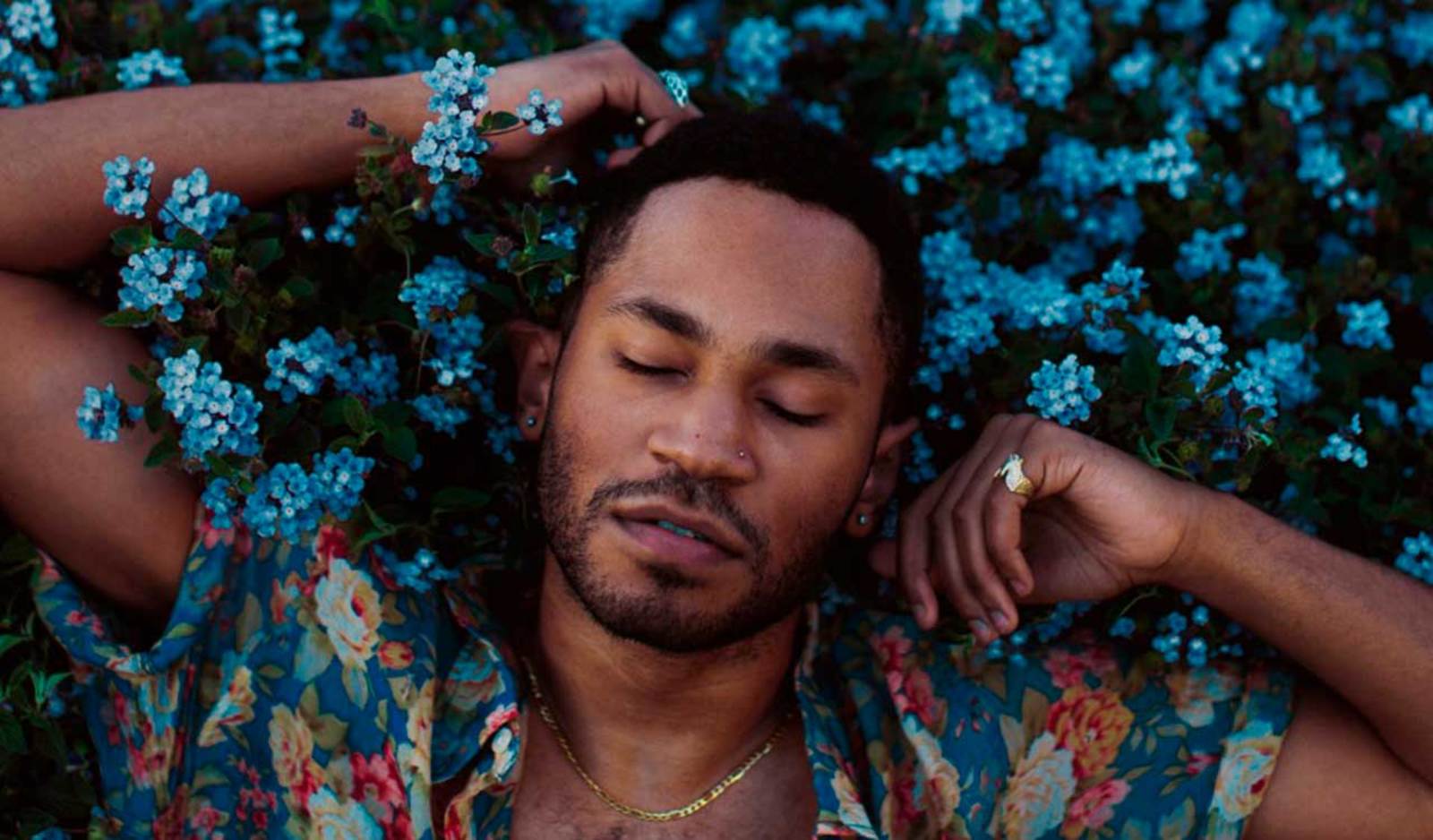 Producer Kaytranada is a master at crafting both groovy house vibes and old-school hip hop together, taking your ears and mind on a melodic adventure. The Haitian-Canadian DJ stepped on the scene in early 2010 and by 2014 was signing with XL Recordings. Kaytranada is performing at major festivals all over the country and now you have the chance this Hard Summer to be part of this rare opportunity. Kaytranada has already remixed and done edits for major artists like Gorillaz, Snoop Dogg, and Kendrick Lamar and has had Teedra Moses, Kali Uchis and Pharrell Williams featured on his latest album “BUBBA”, which he won the award for Best Dance/Electronic Album at the 2021 Grammy Awards and he also won the award for Best Dance Recording for “10%” with Kali Uchis. This man is ALWAYS a must-see when gracing any festival lineup and he deserves our attention this weekend at HARD Summer. 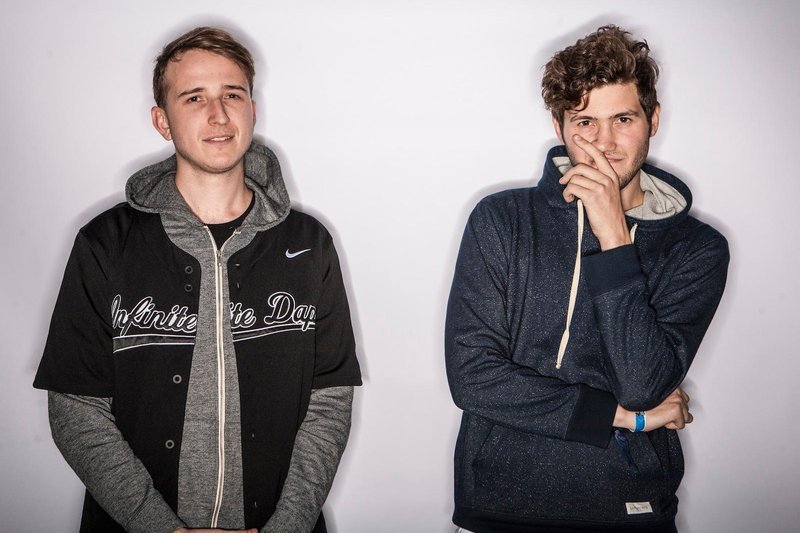 These two trap legends are once again going b2b to give one hell of a performance. After a few years of doing their own thing, the infamous trap duo join forces yet again to give fans exactly what they need, the ultimate filthy heavy trap experience of a lifetime. These two are no strangers to dropping a set together as we both saw the duo go B2B in Downtown Los Angeles at HARD Day of the Dead 2013 and it was easily the most talked-about set of the weekend. If you want to take a peek at what to expect from this globally recognized trap duo, they recently did a surprise performance set in Sydney, Australia at the Metro Theatre and you can catch the whole thing on YouTube thanks to a dedicated fan. But why spend time staring at your phone? Witness it LIVE in real life come this weekend on the HARD Stage. 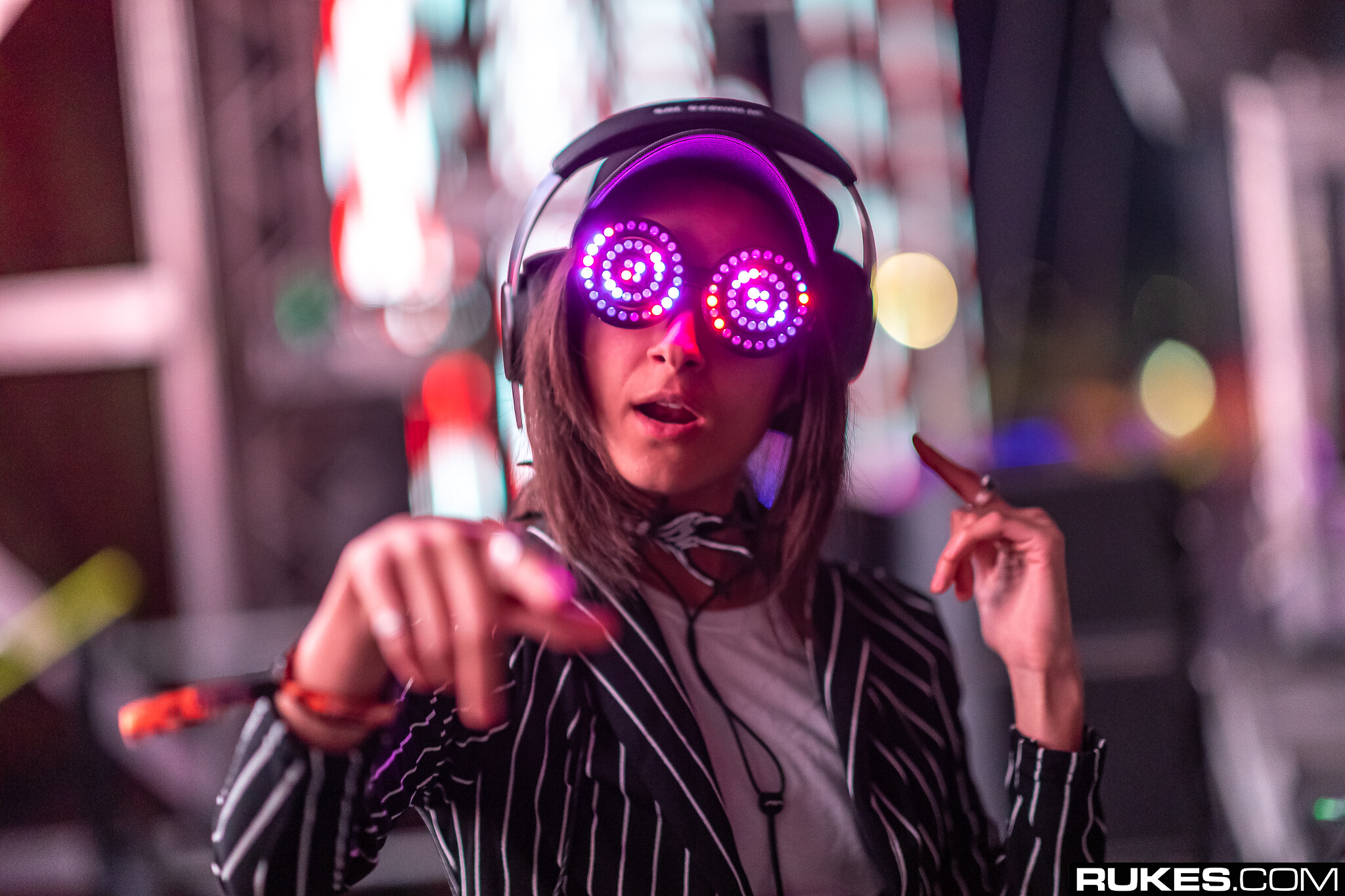 Rezz has truly dominated her place in dance music over the last several years. Dubbed “Space Mom,” Rezz’s music is that dark, soul-bending, heavy bass that will hold you captivated and exploring a darker side of your music taste. She became a staple of the Mau5trap label in the latter half of the 2010s where she released a pair of full-length albums in 2017 and 2018. An EP and spate of high profile singles like 2020’s “Someone Else” and 2021’s “Sacrificial” followed over the next few years. On top of some incredible music, Rezz has performed at the world’s biggest festivals throughout her career and sold-out famous venues across the country making herself a staple in today’s new dance music generation. Her fanbase is not only strong in numbers and their commitment to their “Space Mom” but they can attest that once you experience your first live Rezz set, you too will willingly join the Cult of Rezz. 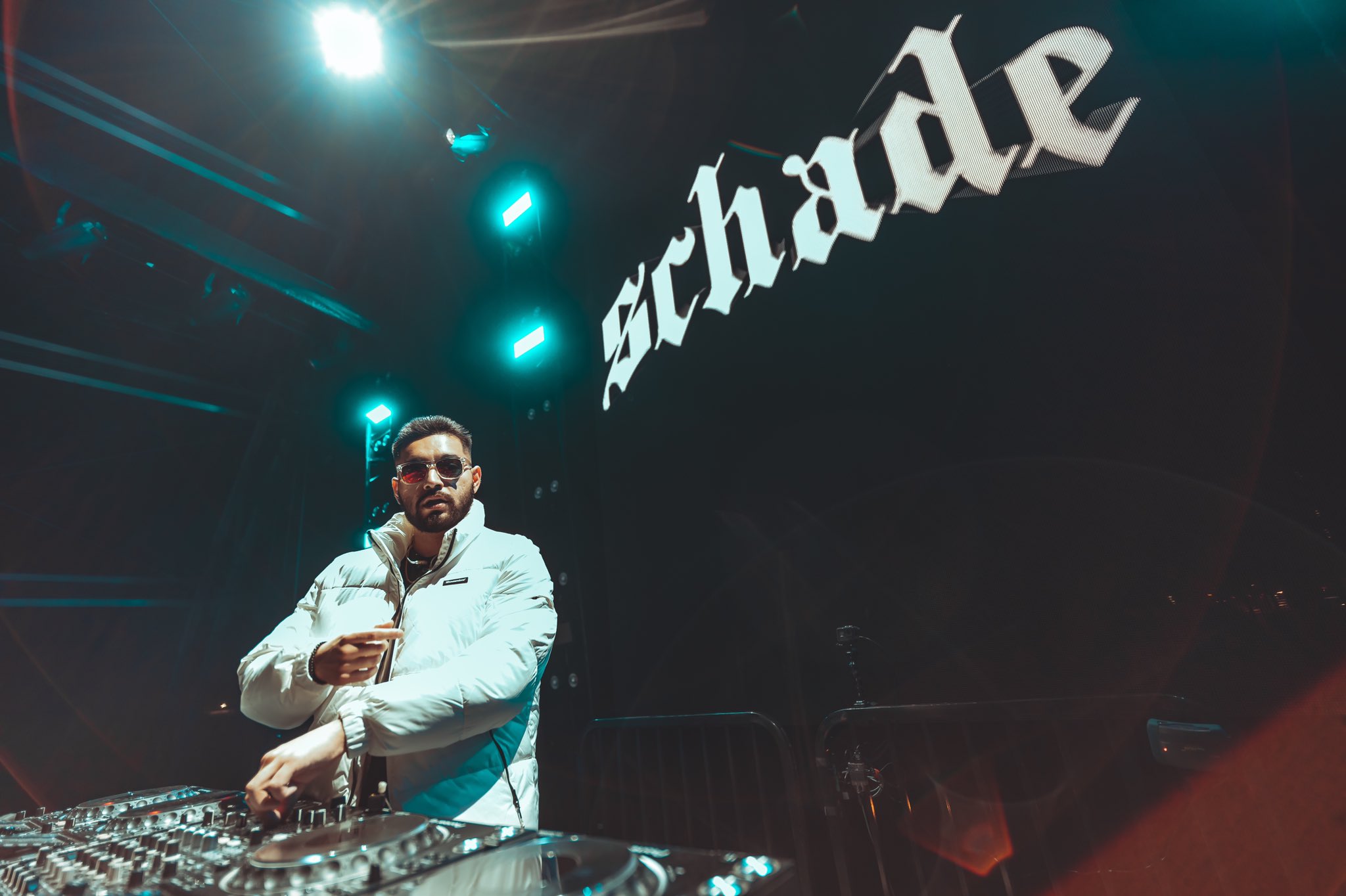 A synthesis of west coast hip hop and heavy-hitting house accompanied by some of your favorite lyrical moments from your favorite rap songs. Schade continues to climb drastically up the charts and the crowds that come to see him also have been growing exponentially. Schade has been supported and performed alongside with some of the most influential artists in the EDM industry like 4B, Wax Motif, Valentino Khan, SAYMYNAME, Jauz, and many more. If you see Schade performing, you should expect some heavy hitters close by as well. He also hinted at a possible secret set on day 2 of HARD Summer, so keep a lookout for that as well. 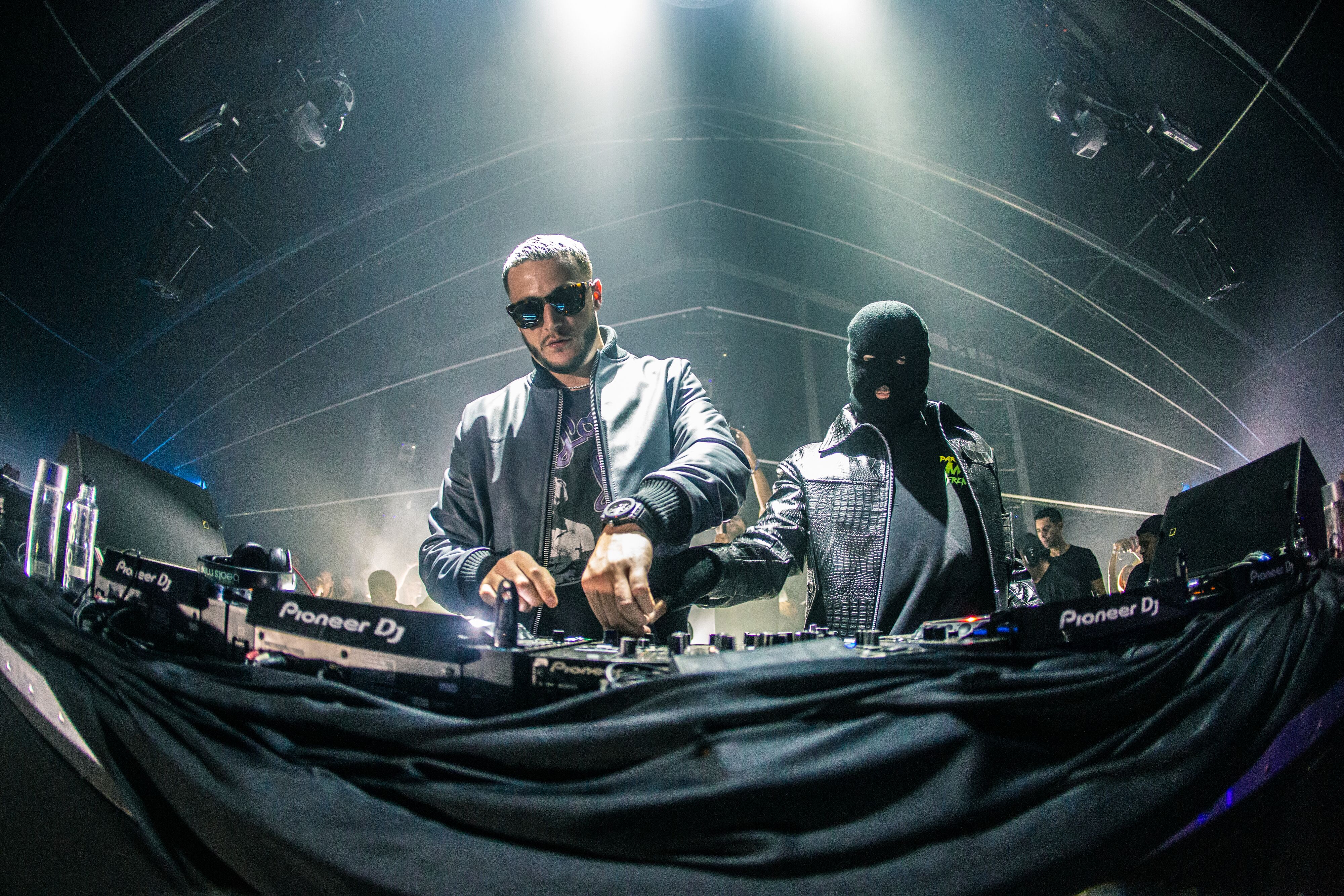 Having HARD Summer return this year was one thing but for this festival to bring back the biggest b2b from 2019 is just jaw-dropping. DJ Snake and Malaa hold their reputations both individually and side by side as hosting one hell of a performance. You are going to go from booty-shaking moombahton to heavy trap to your doses of tech house mixed with all your favorite beats. DJ Snake and Malaa announced that they are currently on tour together and Hard Summer is one of the 5 stops they will be doing in SoCal with a B2B happening at Insomniac’s new Oakland venue. If you missed their epic performance in 2019 then you have zero reasons to miss it now and why would you want to?! 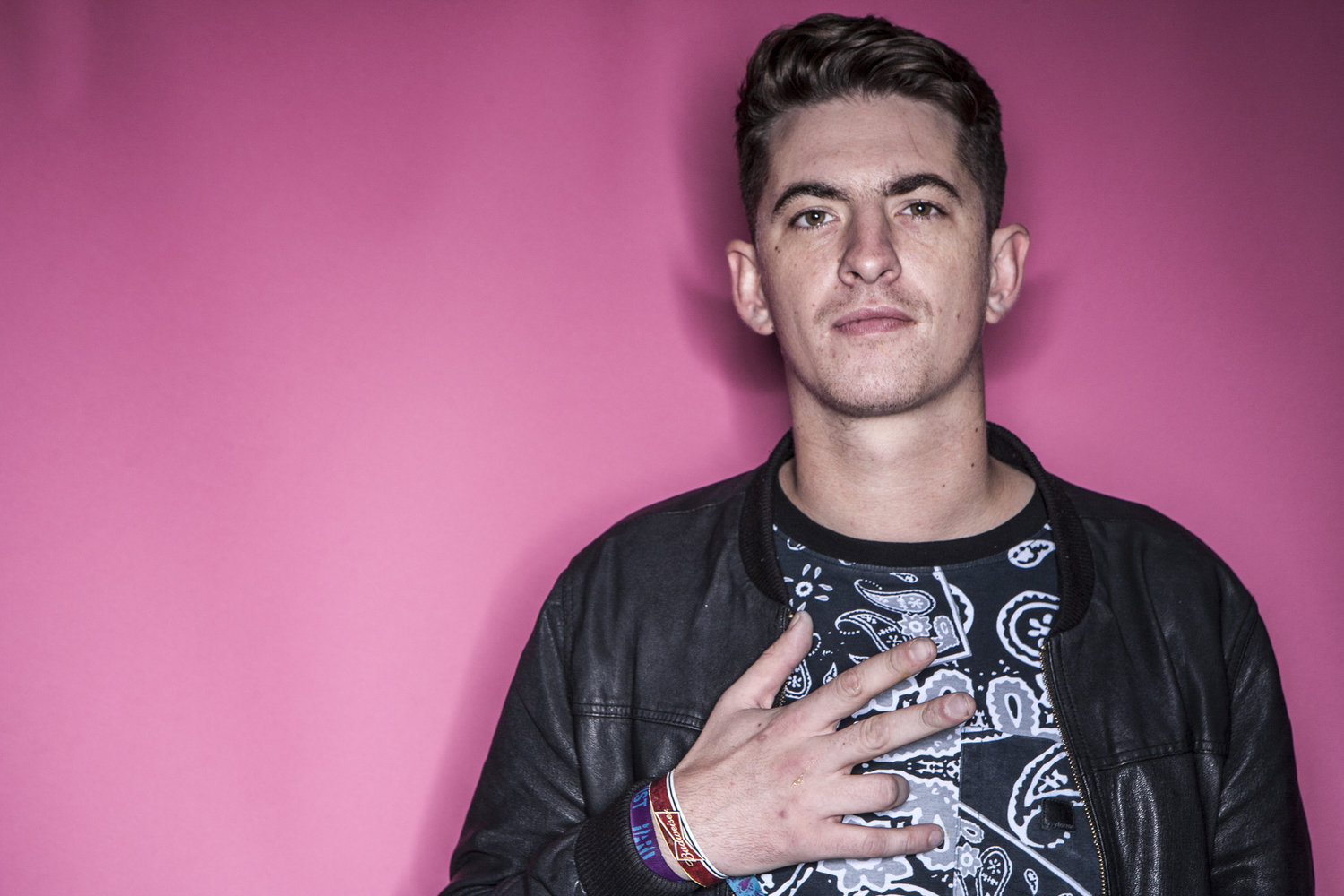 Now, this is a historic moment in the dance community to have UK legend and Dubstep pioneer Skream performing at HARD Summer. His music knows no boundaries and covers so many genres from disco to house to techno to dubstep flawlessly. The fact that Skream will be playing an old-school dubstep set is extraordinary and an opportunity that may not ever come again for us here in the states. We saw him do an old-school dubstep set at EDC Las Vegas 2019 with Rusko and it was f*cking bonkers. If you are looking for that raw and real dubstep, that O.G. in your face dubstep that is paired with two decades of experience then we will be seeing YOU at the green stage for this old-school dubstep set. 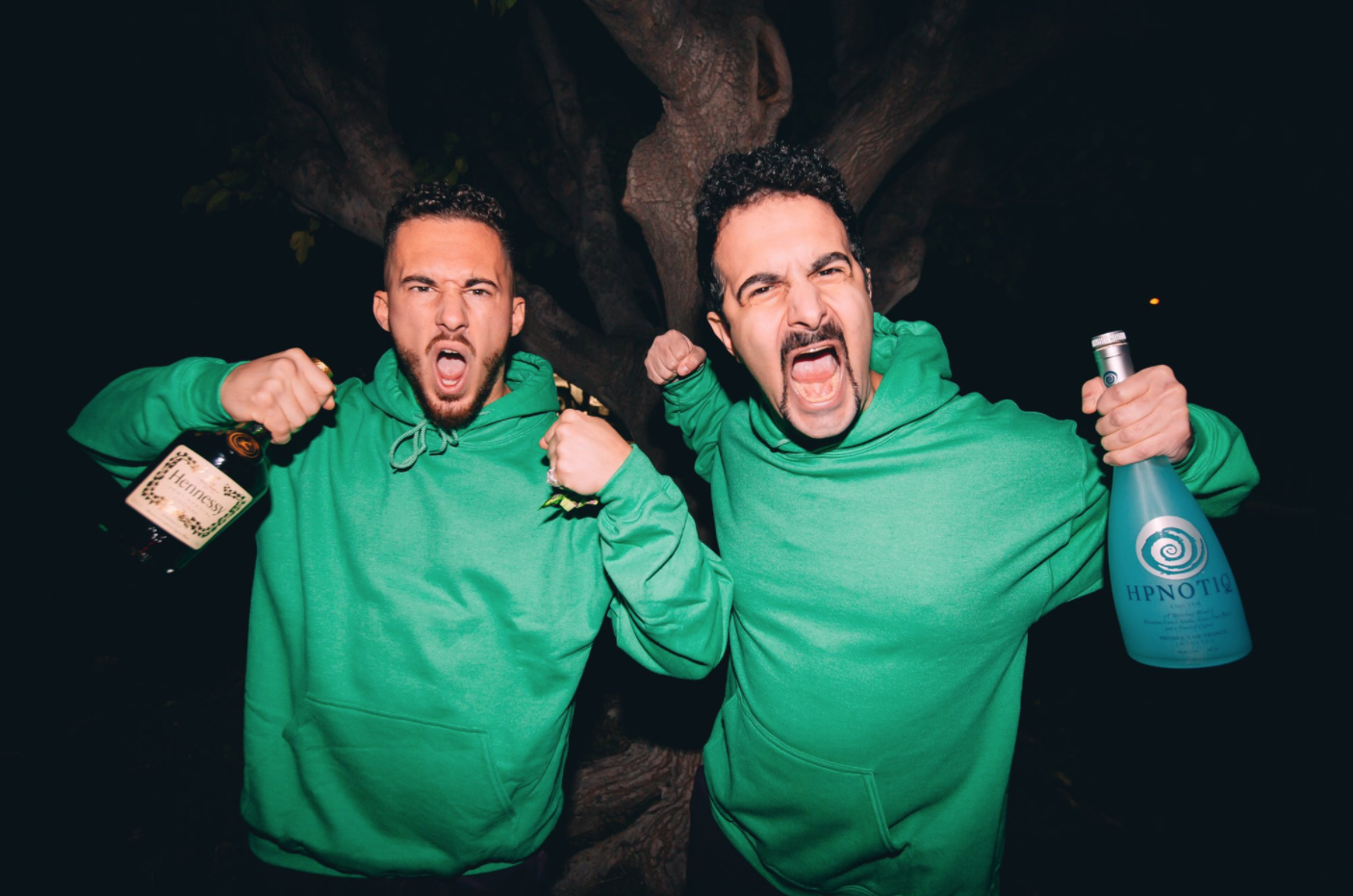 If you are looking to shake some ass and party to your favorite EDM trap bangers then you better be pulling up to see this dynamic duo. Valentino Khan and 4B once again make their way to the stage to perform yet another infamous Hulk Gang set. We first saw the artists make their B2B debut at Audiotistic SoCal 2019 bringing one of the best sets of the weekend, keeping fans wanting more. Alongside some Henny and Hypnotic energy, expect a heavy mix of killer dubstep, trap bangers, and jersey club, you’ll be on the dance floor going from throwing back that ass to throwing elbows. 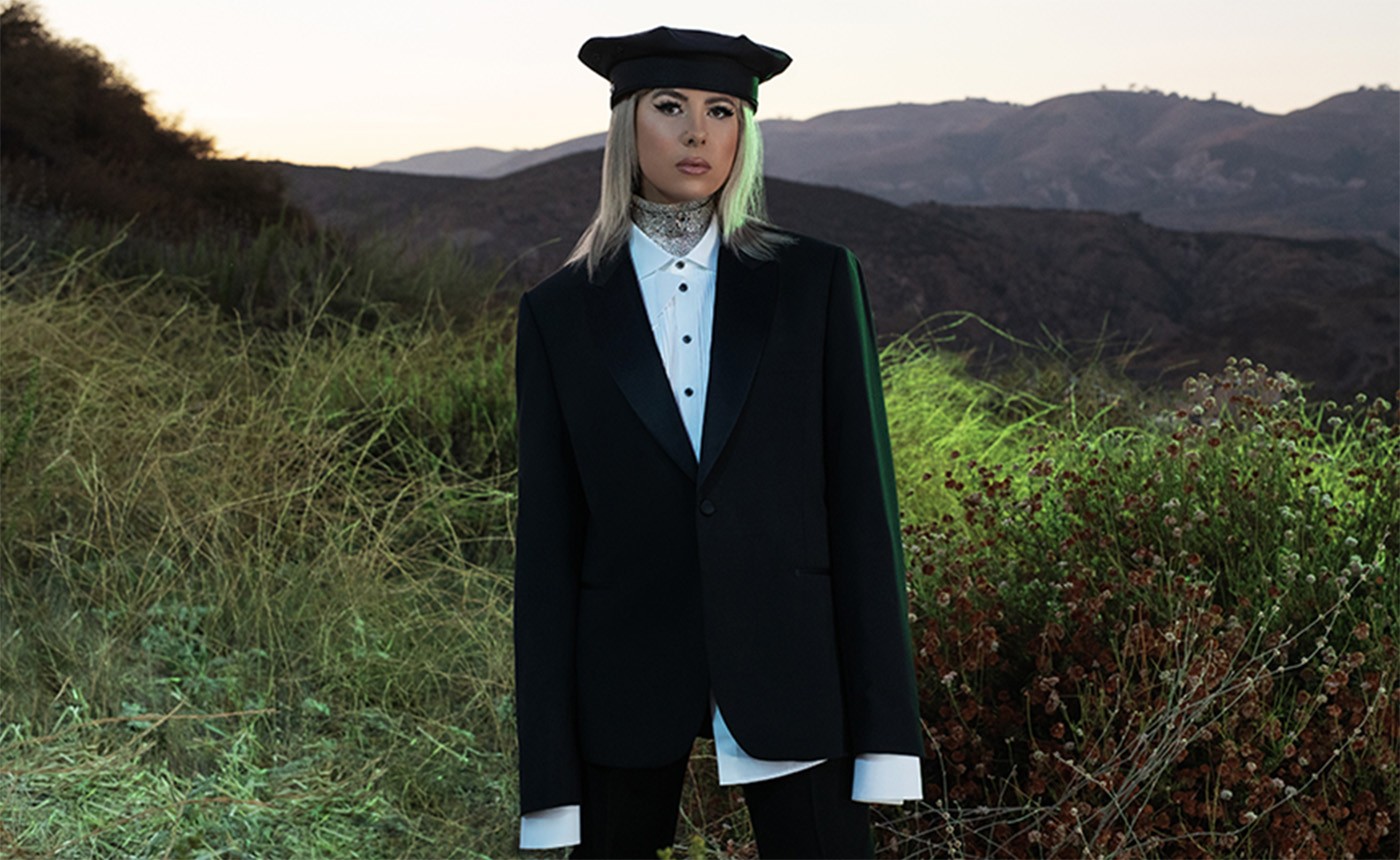 Making her way into the scene in 2014, Whipped Cream has demonstrated her talent to create different beats and not stay within one genre knows no bounds. Early into her career in 2017 her EP “Persistence” was released on Skrillex’s Nest HQ label. To really understand the complexity of her music you can catch her latest album “WHO IS WHIPPED CREAM?” on any music streaming platform. Every song is unique that brings in a new sound, with different genres blended together. 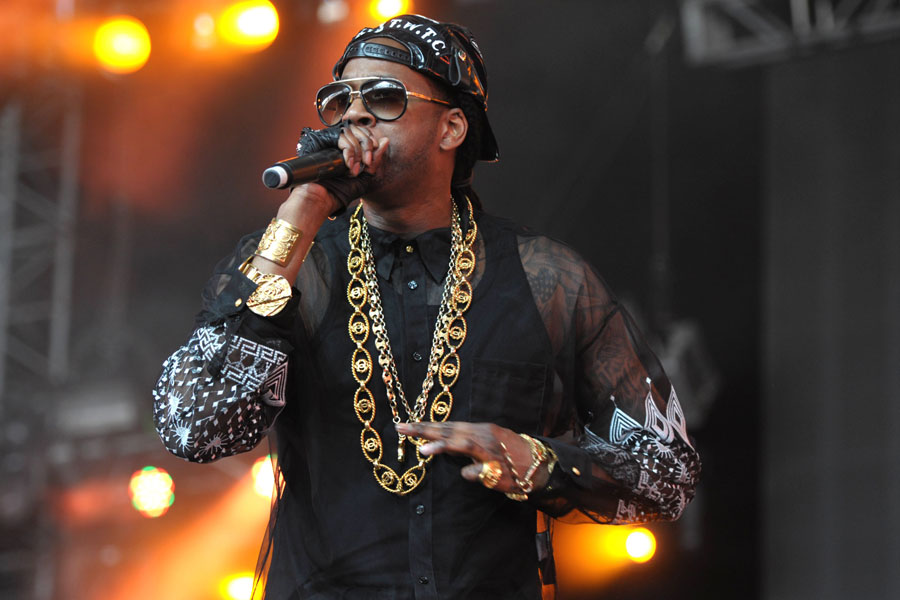 So we know that Hard Summer always brings out some major hip-hop players in the scene and seeing 2 Chainz headlining is no disappointment! This man is also no stranger to the festival as fans got to see him perform live back at HARD Summer 2013 in DTLA and we were personally there for the epic performance and we are so happy to see he is back after 8 long years. The hype and energy this man brings to his performances and the energy you’ll be experiencing in the crowd will undeniably be the most lit way to end your summer. Being in the crowd to hopefully hear some of your favorite 2 Chainz club bangers like his “Birthday Song” and “I’m Different” and of course you can not forget the almost countless amount of collabs 2 Chainz has done with almost every major rap leader in the industry. Everyone should hear the Drench God himself live at least once. Oh, and before we forget TRUUUUU!!!