Today, Insomniac revealed the festival map for Beyond Wonderland SoCal 2020, showcasing a new festival layout that features an added fifth stage, expansion of the festival grounds into new areas of the venue, and new Wonderland-themed experience areas. The two-day festival will return to the NOS Events Center in Southern California on Friday, Mar. 20 and Saturday, Mar. 21.

Festivalgoers will be able to watch their favorite artists perform at one of five Wonderland-inspired stages: Queen’s Domain, Caterpillar’s Garden, Mad Hatter’s Castle, Cheshire Woods and new for 2020, The Looking Glass. Featuring new and enhanced production elements across every stage, the Queen’s Domain also returns to the world’s largest Megastructure. Across Insomniac’s largest festival footprint ever at NOS Events Center, Mad Hatter’s Castle will expand into the Speedway portion of the NOS Events Center for the first-time ever. This expanded area of the festival featuring an open-air stage design is not to be missed. In addition to the five immersive stages, this year’s Beyond Wonderland will also showcase the Wide Awake and Beyond Wench Art Cars along with various carnival rides, which can be experienced throughout the festival grounds.

During the two-day festival, Headliners will experience a vivid world of magic, music and color. Guests can explore five newly themed roads and stop for photo ops along Chessboard Walk, Cheshire Trail, Imagination Street, Wonder Lane, and Kaleidoscope Corridor, all of which will significantly improve the crowd flow to and from each stage.

Attendees can explore four new and enhanced experience areas at this year’s event:

For those who aren’t familiar, the NOS Events Center does have a small Speedway. The last time it was used by Insomniac was for Nocturnal Wonderland 2009, a long 10 years but it was worth it. Now, it’ll be open for Beyond Wonderland 2020. 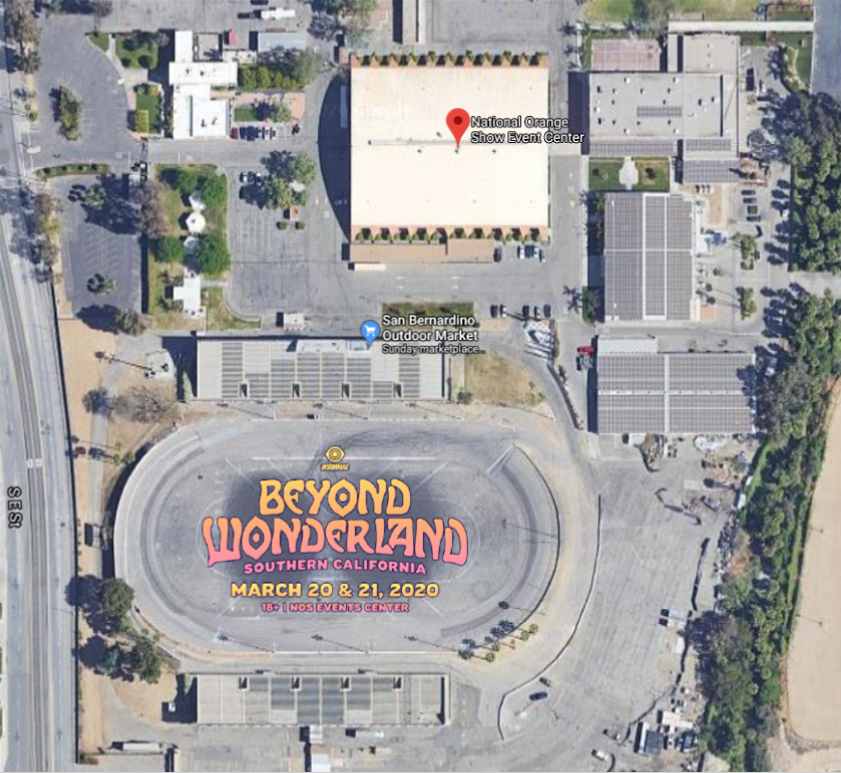