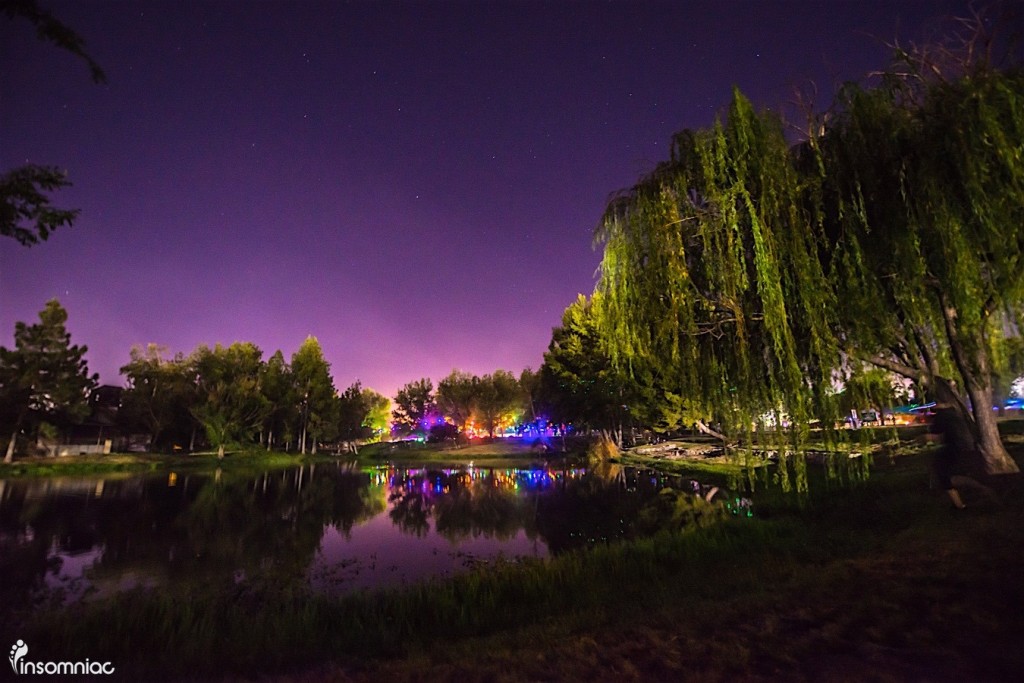 ​You’d think that living at a festival would be everyone’s dream- it is for most, and that dream is more tangible today than its ever been. With its new digs at the San Manuel Ampitheater, Insomniac Events has made the effort to create its own camping options, bringing some experience from their Electric Forrest festival in Rothbury Michigan back to their home state.

Beyond Wonderland is the latest effort to make a sweet camping experience for everyone, and immersing ourselves in the 2 1/2 days brought to light a great many advantages to it as opposed to staying in a hotel. There’s plenty of understandable apprehension about camping at an all-electronic music festival, but if you put the same faith in Insomniac’s hands with this as you do their main event, you will be all the more happy you did. Here are a few key categories we used to differentiate the two methods of staying in San Bernadino from out of town. 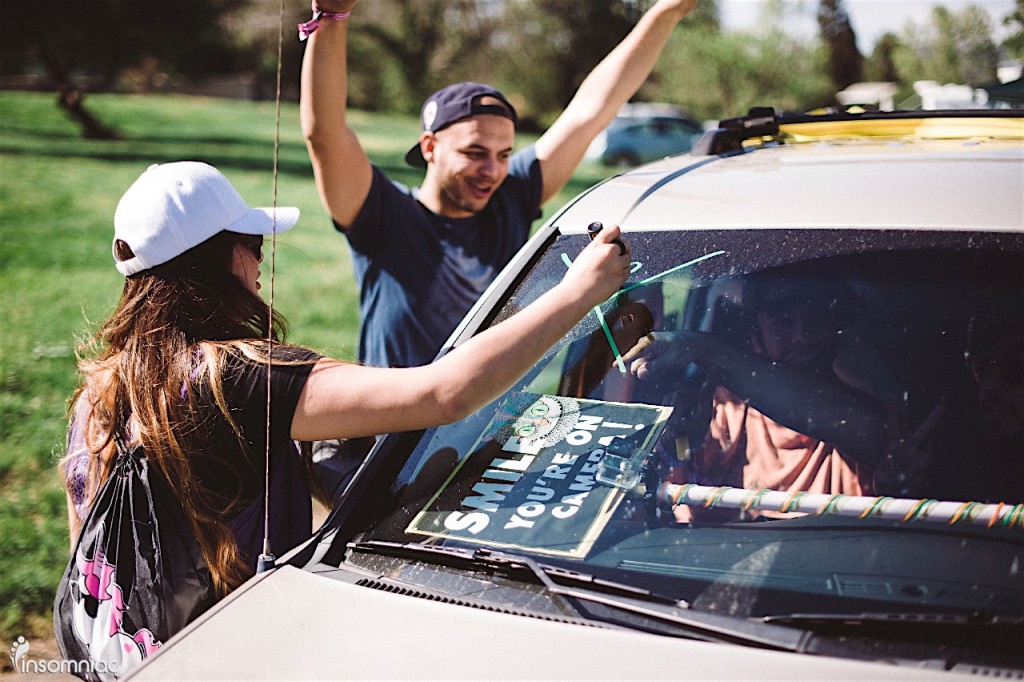 ​The Neighbors: Fellow Headliners vs. whoever booked the room next to, under, and around you.

​We all know that rad feeling of seeing the colors, clothing, and general demeanor of a person who’s going to the same festival as you. We’re all probably also aware of the blank or just plain concerned stares from people who are not going to that festival. The question is: who will be your neighbor at the room you just got your key card for?

The scary answer is: you have no idea. Staking a claim at Insomniac’s campsite means looking at cars full of your fellow man roll in with the mentality to get the most out of their weekend, and they’re people who you can talk with endlessly about common interests. Even on the lucky circumstance that there’s a floor full of them at a hotel, the floors below and above could be bound to call some blue suited folks to shut down the party…even if it’s just a song’s intro through a bluetooth speaker. 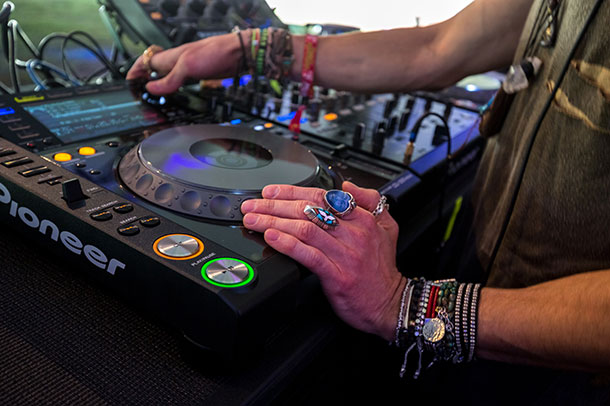 The Pregame Tunes: Basic Aux Cord Privileges vs. a slot at Open Decks

​The pump up and cool down ritual usually involves a small speaker from you or someone in your squad, with the aux cord passed to the person with the best taste. We all have that friend who not only knows his stuff, but can mix it seamlessly(even on a simple phone app). This individual and their friends would be much more enticed to have a pair of CDJs and a nice fat PA system available for one or two of them to go demonstrate their skills.

This was the first year that Insomniac put on Open Decks, giving many a tastemaker 20 minutes to play whatever they’d like. It’s a great oppourtunity to share music, make new fans, and find friends who dig the same niche of tunes that you do. This spectacular new concept is one that can also attract those looking to connect professionally- the search for new talent can definitely be helped within the environment of an Insomniac experience. 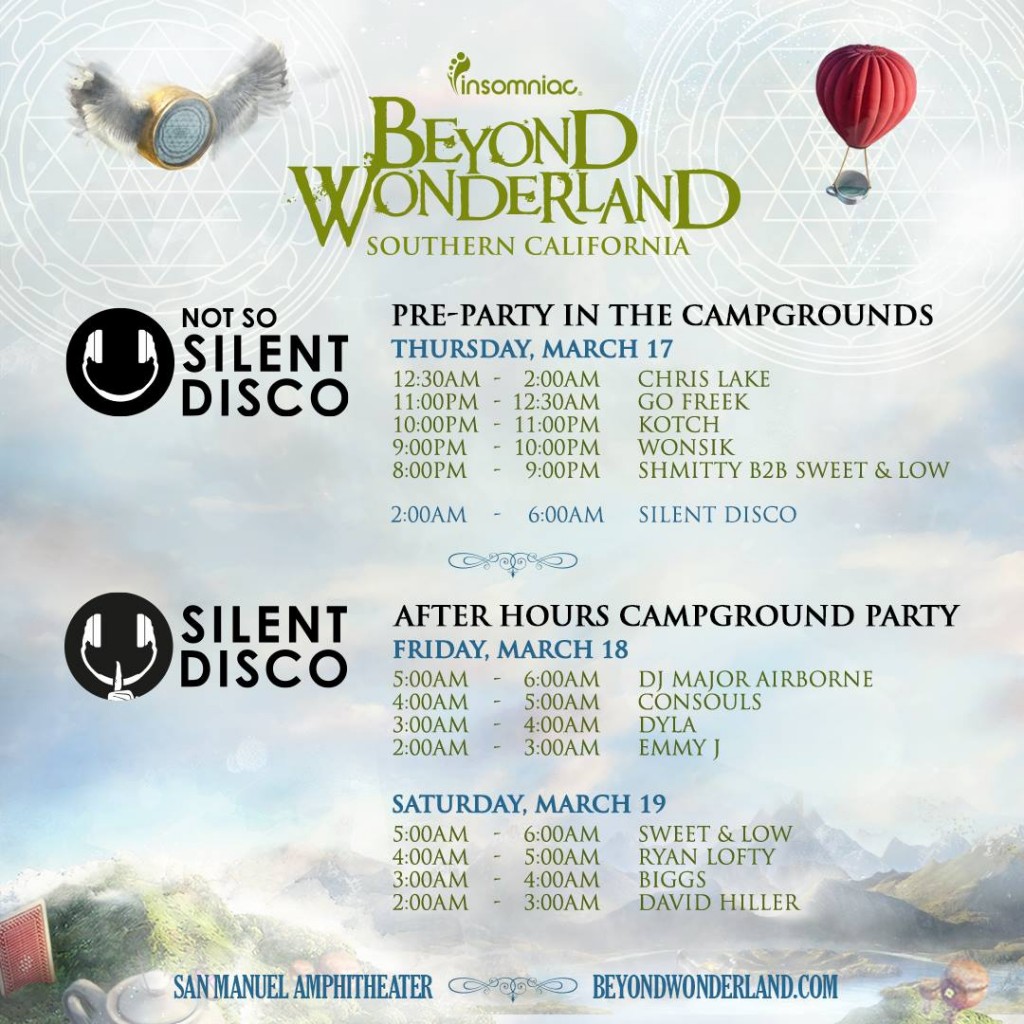 ​The Entertainment: Evening hotel TV vs. 3 nights of Disco

If you’re not lucky enough to have anything to play music on when you want after all the festivities, the only option at a hotel is to go straight to bed or watch Nick @ Nite. We’re more than aware that this is a preferred option amongst some exhausted souls, but if the energy does linger on after a good show, the best place to go is a little afterparty action. The Silent Disco was packed to the brim with volunteers handing out headphones at the speed of light.

The acts who played were perfect for the close of each show as well, with highlights coming from the prolific Chris Lake‘s set on the Not-So-Silent disco Thursday night, the deep styligs of DYLA on the first official night of the fest, and Discovery Project Alumnus Ryan Lofty who carried an entirely different and fresh variant to the music we’d heard all weekend. 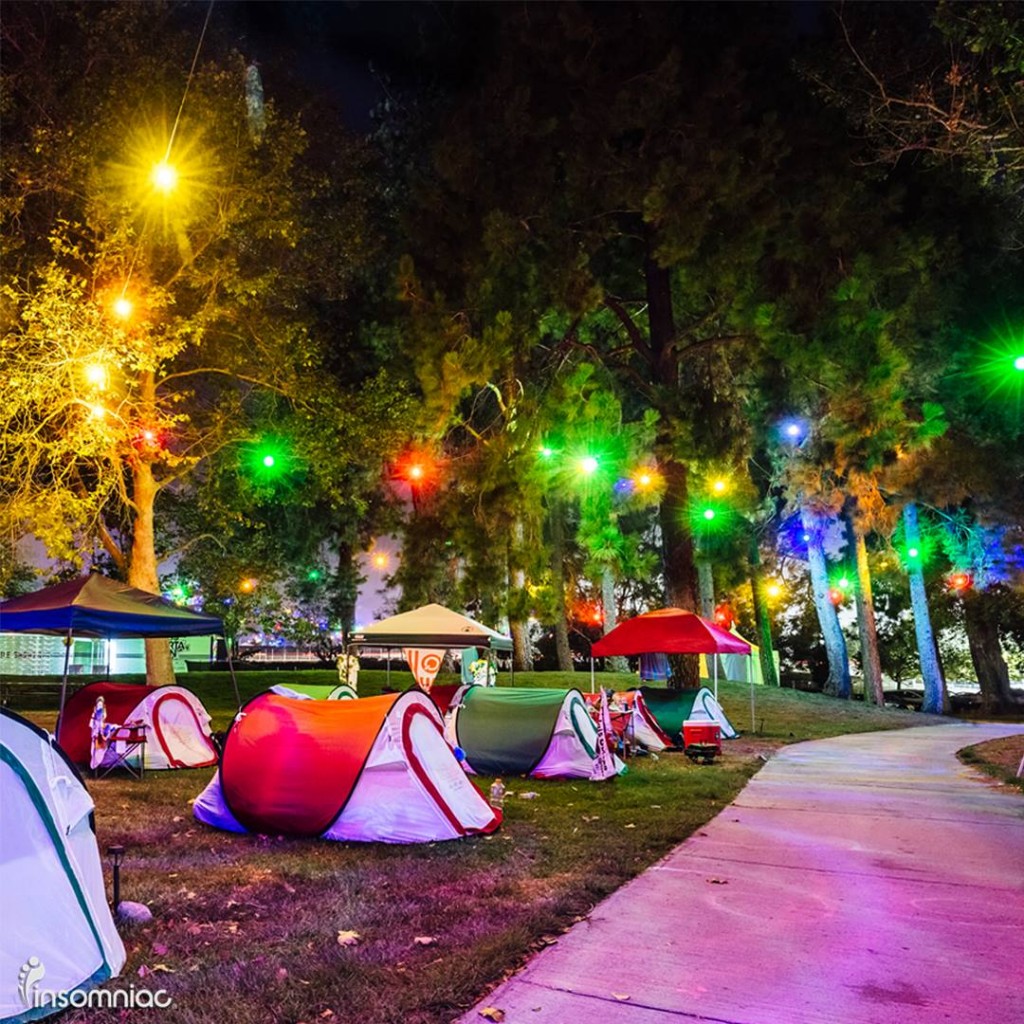 The Setting: nature paths vs. hallways

​Alright, fine, access to a hotel shower is nice. As is a real toilet. Hotels win this one…kind of. While the camping experience has an efficient bathroom and shower system in place, it can’t compare to a hotel just yet. What Insomniac does accomplish, though, is above average for this large population. When looking at the environment you get to call home, for a weekend, the cost of not having premium hygiene is low.

The long slate hallways you walk down to your room certainly aren’t terrible, but they can’t compare to traversing a beautifully and naturally lit series of tents with flags waving, people playing games and relaxing, and the venue itself in the within close sight. As night falls, the touch of lighting Insomniac has added to the trees bring a mystical flavor to the grounds and keep you invested in the world that they created at the main event. 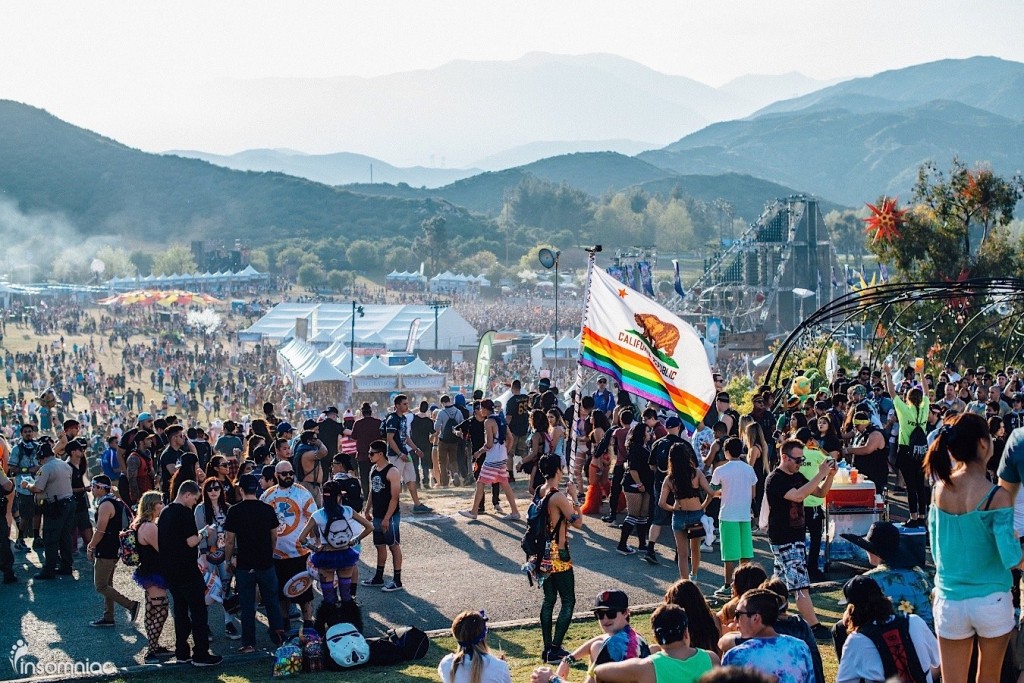 The Commute: Designated Driver or Uber vs. a leisurely stroll to the front gate

Free Uber rides from a hotel is definitely a win, and it’s the reason a lot of people are more interested in staying the night a wee bit away from the venue. While money is less of an issue, what you do pay is the time you could spend in the middle of the action due to a jam the middle of a congested line of anxious drivers. Imagine this: You wake up, you eat a hearty brunch, you get all of your gear ready…then you walk in the direction of the kickdrum as if you’re going to the park right outside your house. Better still: you’ve been blessed with the encore you shouted for from your favorite act at the end of the night, and it’s time to leave the venue. You collect all of the flyers and exclusive posters Insomniac has to offer and fifteen minutes later, you’re in bed.
Unless you possess the power of flight, the only way to be in this situation is with a tent pitched and sleeping bag(or air mattress) with your name on it. There’s something to be said about being fully detached from civilization for a few days instead of that 15% of time going back and forth that can make the whole trip a step less fun. 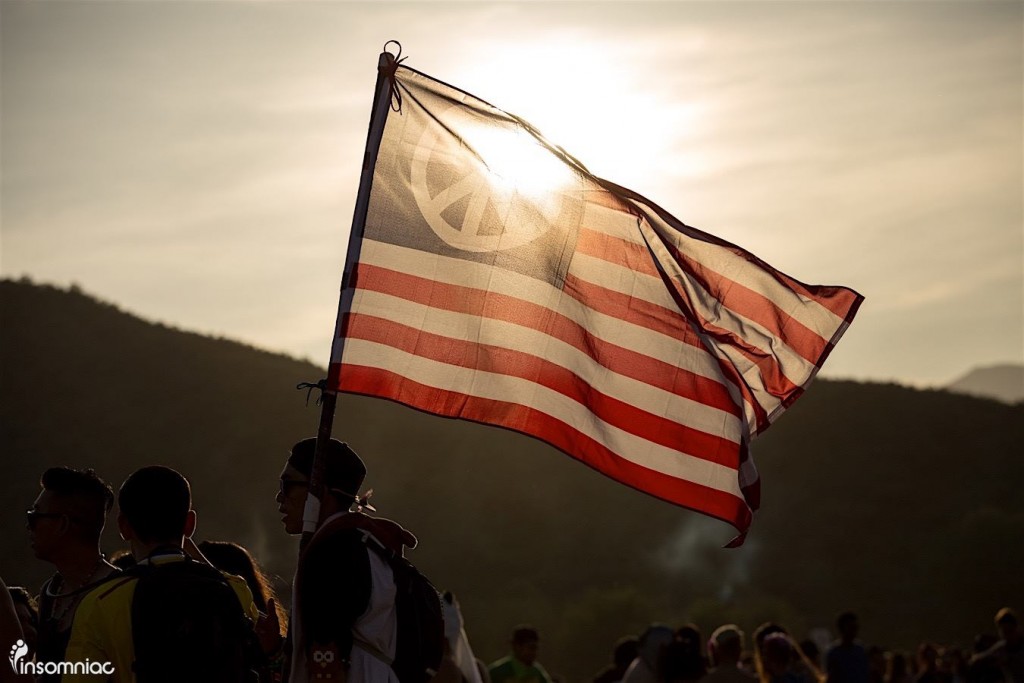 ​When you finally get to that long desired weekend off, the last thing you probably want to think about or deal with is a world outside the one that you’re exploring to. If convenient outlets, air conditioning, and a private shower with free soap are all worth being less immersed in the vacation you’ve chosen to take, we can’t be upset at the end of the day. We’ll stand by this, though: your memories of a music festival with your peers are better off being far different from those of a typical family trip.

Pasquale Rotella recently promised more camping experiences in the near future. The nearest one, ​Nocturnal Wonderland, is coming up in September and on sale now. Don’t miss out on that last essential piece of the full experience.