We knew Michigan’s Logic would be charged and ready to go after the release of his latest album, but we know not anyone was ready for such a crazy amount of shows to be announced for The Incredible World tour.

Considering a beginning in Canada that sweeps through stops in California, New Mexico, Canada again, pretty much all of the South, and then jumping to Europe for a month, it will live up to its name. The album is “Lit” as the kids say these days, so it’ll be worth the effort to get your hands on tickets. 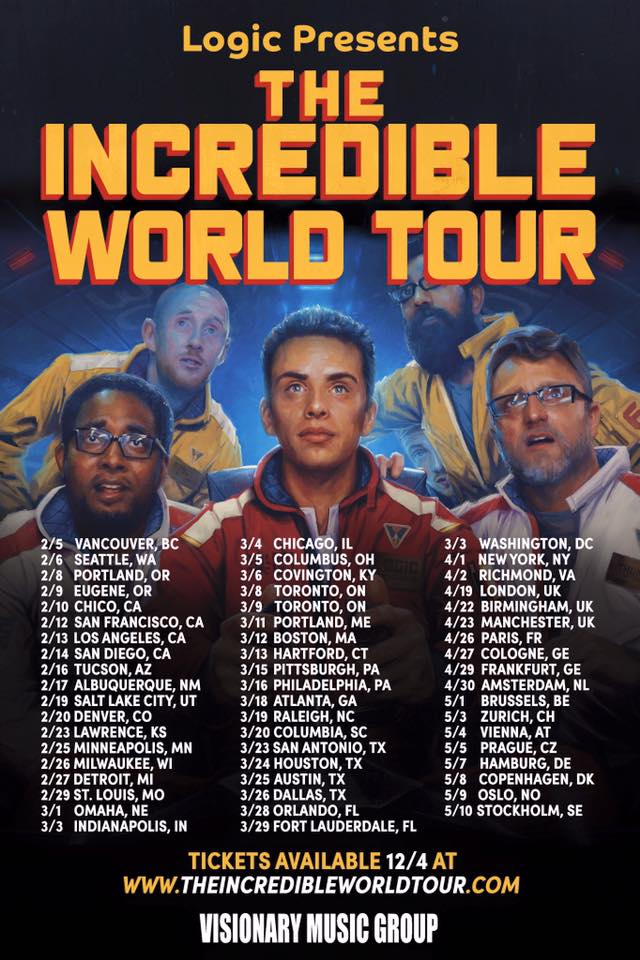