Danny Wimmer Presents is proud to announce that rock icons Metallica will exclusively headline all five of the premier independent producer’s hard rock festivals in 2020 in a unique collaboration unprecedented for any American festival promoter or band. Recently named the world’s biggest all-time touring act by Pollstar, Metallica will—for the first time ever—perform two separate headlining sets at all of the following events in 2020: 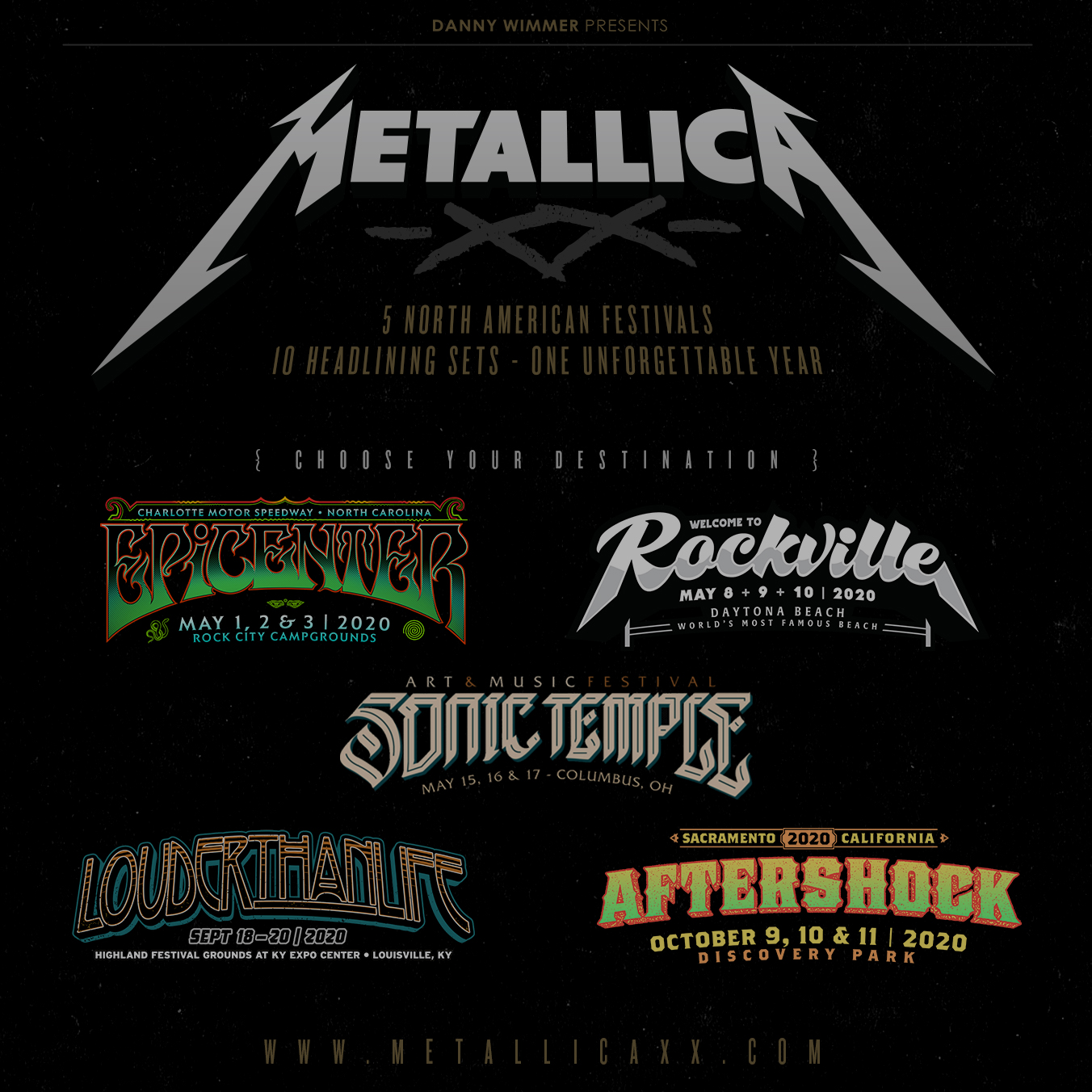 These events will be the only chance to see Metallica at a U.S. festival in 2020. In addition to two appearances at each festival, Metallica will also deliver a unique set list for each performance, resulting in 10 different shows over the course of the year.

“Metallica isn’t just another headliner. When Metallica takes the stage, it’s an event. It’s an experience. That’s the same standard we’ve set for every DWP festival – from the first band to the last band, and everything that happens in between. I can’t wait to bring the biggest band in the world to the biggest rock festivals in America,” says Danny Wimmer, founder of Danny Wimmer Presents, the largest independent festival producer in the U.S. “Metallica paved this road that we travel. How many artists on the bill at these five festivals first picked up an instrument, or first started a band, because of Metallica?”

Tickets for all events go on sale TODAY (October 10) at 12 PM PT/3 PM ET for Fan Club members and for past purchasers of tickets for Danny Wimmer Presents events. The general public onsale begins Monday, October 14 at 9:00 AM PT / Noon ET.