The first round of artists for San Diego’s Wonderfront music festival, supported by the star power of Tony Hawk, Trevor Hoffman, and Rob Machado, was announced Monday.

The event will take place on seven stages in parks and on piers along the Port of San Diego, from South Embarcadero up to Broadway Pier. Wonderfront is scheduled for Nov. 22-24, 2019, the weekend before Thanksgiving.

“Our goal with this lineup was to have it stacked from start to finish each day with great artists. It’s hard to really call any certain bands our so-called headliners as so many lines of bands on this festival are all headliners in their own right,” said Wonderfront co-founder Paul Thornton.

A second round of artists will be named later in the summer, organizers said.

North County resident Tony Hawk will have a presence at the festival with the Huckjam stage for music and a skateboarding ramp, where he and other pro skaters will perform tricks.

“I’m excited to bring back the Huckjam format (choreographed and freestyle skating with live music) after 10 years of hiatus, and there is no better place for it than my hometown. I’m proud to be involved with Wonderfront, and it’s been a blast helping handpick the legendary punk bands for our stage.” Tony Hawk, Wonderfront Festival Partner.

Tickets go on sale Friday, June 14 at 10 a.m. and start at $209 for a three-day pass, according to organizers. Subscribers to the festival’s WonderLIST will have access to pre-sale Early Bird discounts June 7. 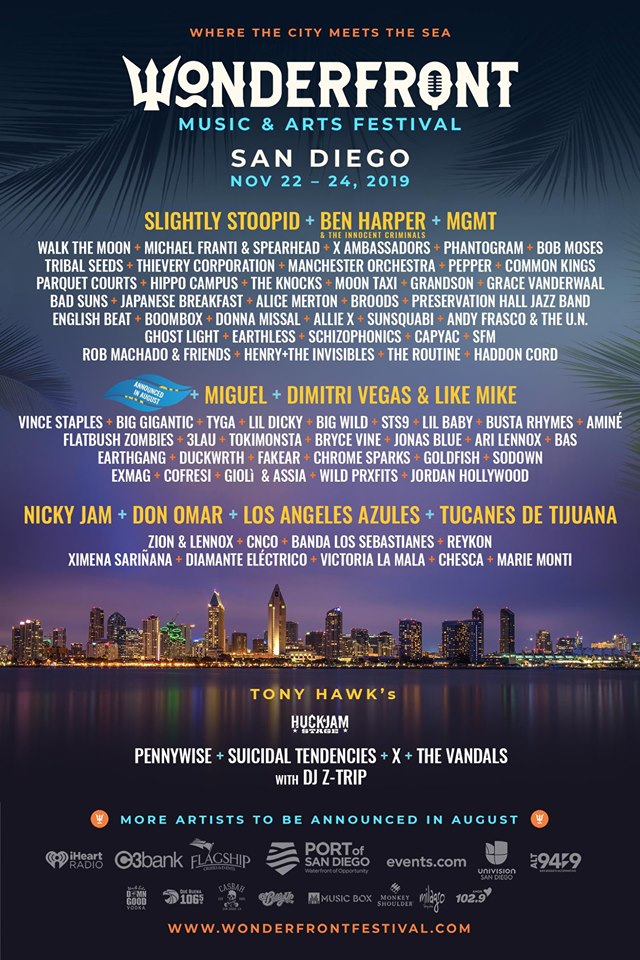