Back in December 2015, it was announced that Pendulum would reunite as a live band at the Ultra Music Festival 2016 in Miami, Florida. The band closed the music festival as the latter half of a joined performance with Knife Party. The band performed new live versions of songs such as deadmau5’s Ghosts ‘n’ Stuff, with deadmau5 himself performing live alongside the band, and Knife Party’s ‘Begin Again.’ Ever since then we’ve been waiting for them to announce a new album, let alone a tour. Luckily for us fans, Pendulum finally delivered some incredible news.

Pendulum are back with a world tour on their hands! The band is back together, Rob Swire, Gareth McGrillen, KJ Sawka, and Peredur ap Gwynedd are taking over the summer!

The legendary band will be making stops in big cities in Korea, Japan, the U.K., and more, except for the US. Unfortunately for US fans are not getting Pendulum show. If you’re determined to see them this summer, we recommend saving up for one of the international tour dates!

We hope they return to the US later this year or even in 2018! 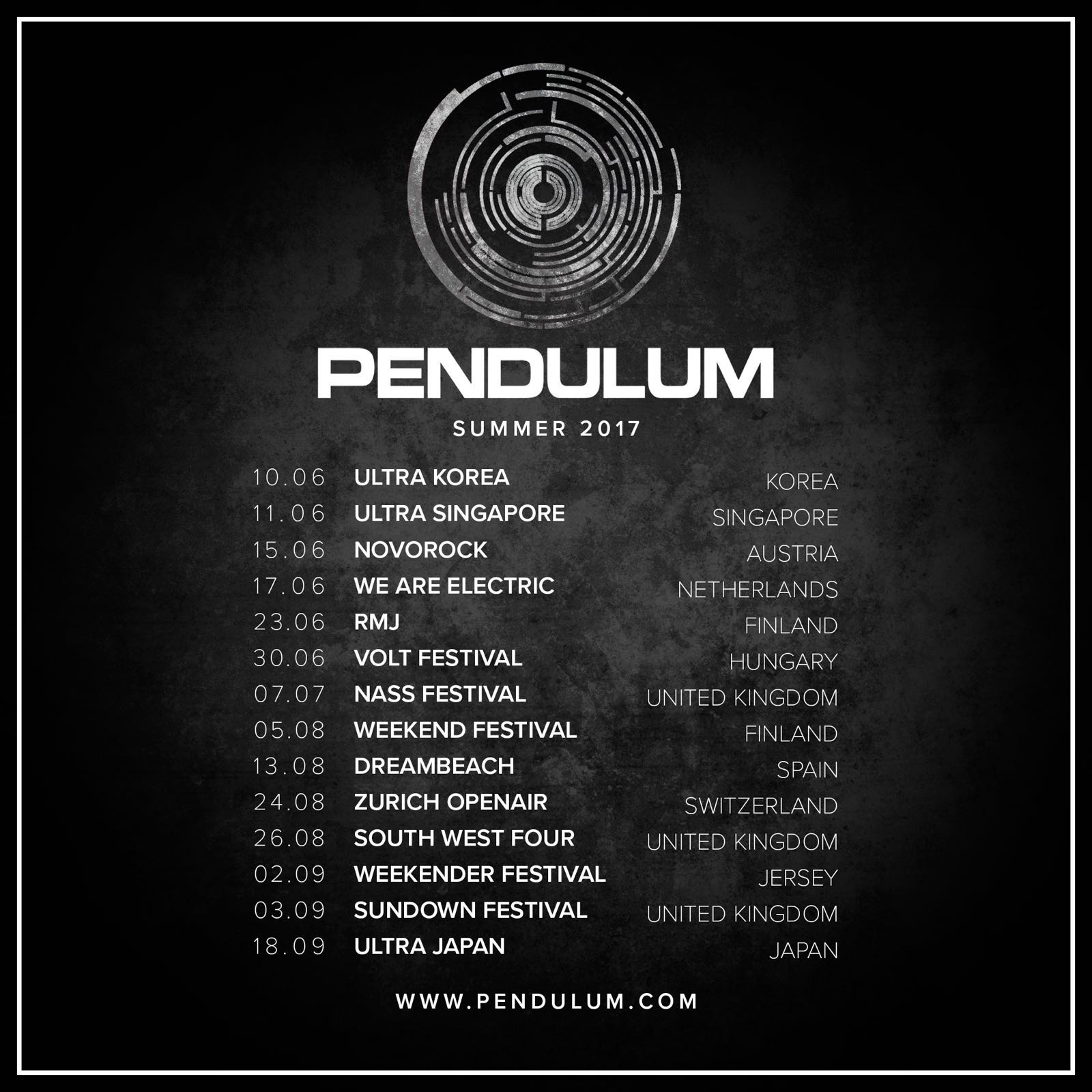