News of a Shelter mini album by Porter Robinson and Madeon popped up a few days ago with no real explanation. Someone on Reddit found the mini album at a Japanese retailer, raising many questions. Finally, Porter took to Twitter to explain what’s going on after a fan replied to our Tweet of the mini album.

For those who did not know, The Shelter: Mini Album was spotted available for pre-sale by some eagle-eyed Redditors on CD Japan, a Japanese music/anime/movie retailer and its supposed to be released February 15th

Porter and Madeon are set to reveal their Shelter Live Tour in Tokyo real soon and the mini album is made to be an exclusive Japanese physical product for Japanese fans only. Porter also revealed an extended version of the piano and string rendition found in the Shelter animation will be included in the mini-album. 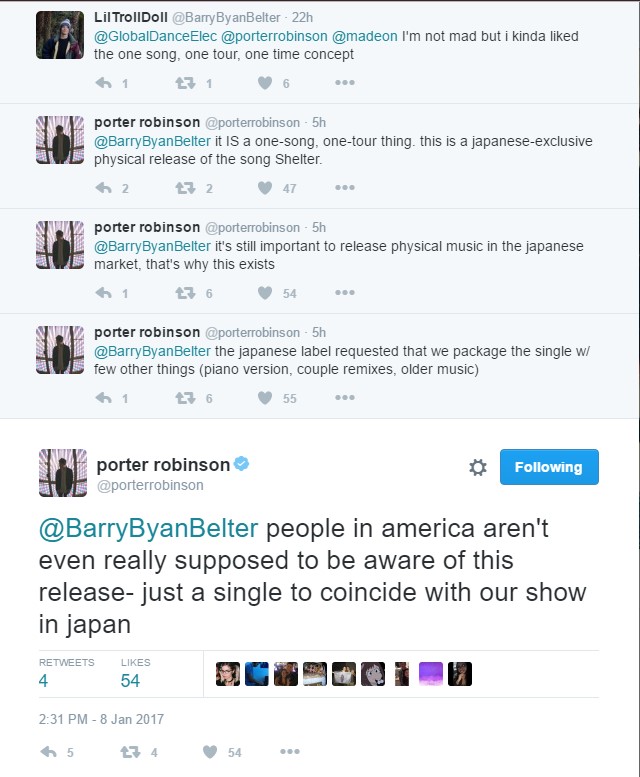 @BarryByanBelter it’s an extended version of the piano / strings (with no dialogue!) version that i made for shelter the animation