Rolling Loud’s beginnings in Miami were anything but humble. Kicking off with such a bang that condo owners are actively petitioning to shut them down, the festival grew dramatically in praise among the Hip-Hop community. This year, the promoters behind it announced two additional dates for this year in California; in addition to Mountain View, us folks in SoCal will be treated to our own leg of the festival at the NOS Events Center in San Bernardino on December 16th & 17th.

The roster for the festival’s Southern California edition will feature Schoolboy Q, Future, Rae Sremmurd, Post Malone, Young Thug, 21 Savage, Lil Uzi with a load of other artists in the mix including Lil Pump, PNB Rock, Buddy, Jay 305, Famous Dex and Kodak Black among several others. Beyond even this is further world conquest with China, Japan and the UK having their own Rolling Loud extensions before they return to home base with a May Miami weekender. We’d say we’re more than confident this Hip-Hop experience is here to stay. 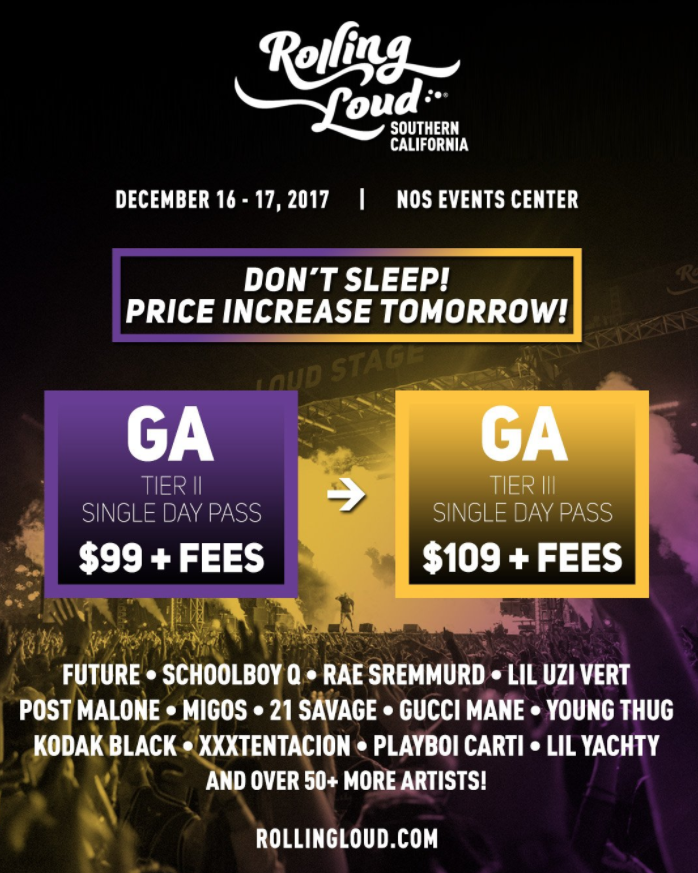