Swedish House Mafia is coming to Los Angeles this September to headline the Banc of California Stadium alongside ZHU.

It’s safe to say Swedish House Mafia has been having one incredible year thus far.  With the release of their debut studio album “Paradise Again” and just recently co-headlining Coachella with The Weeknd. The group has been soaring high amongst the stars reminding everyone how incredible they are, but where does one go after this? A massive world tour, of course.

Steve Angello, Axwell, and Sebastian Ingrosso just announced they’ll take their ‘Paradise Again’ tour to the City of Los Angeles on September 9th as they headline the Banc of California Stadium alongside ZHU as support. The last time we saw the trio play LA was on their final tour back in March of 2013. So we’re definitely due for a set or two from the legendary group.

Tickets to Swedish House Mafia at Banc of California Stadium go on sale THIS Thursday, April 21st @ 10AM pst. 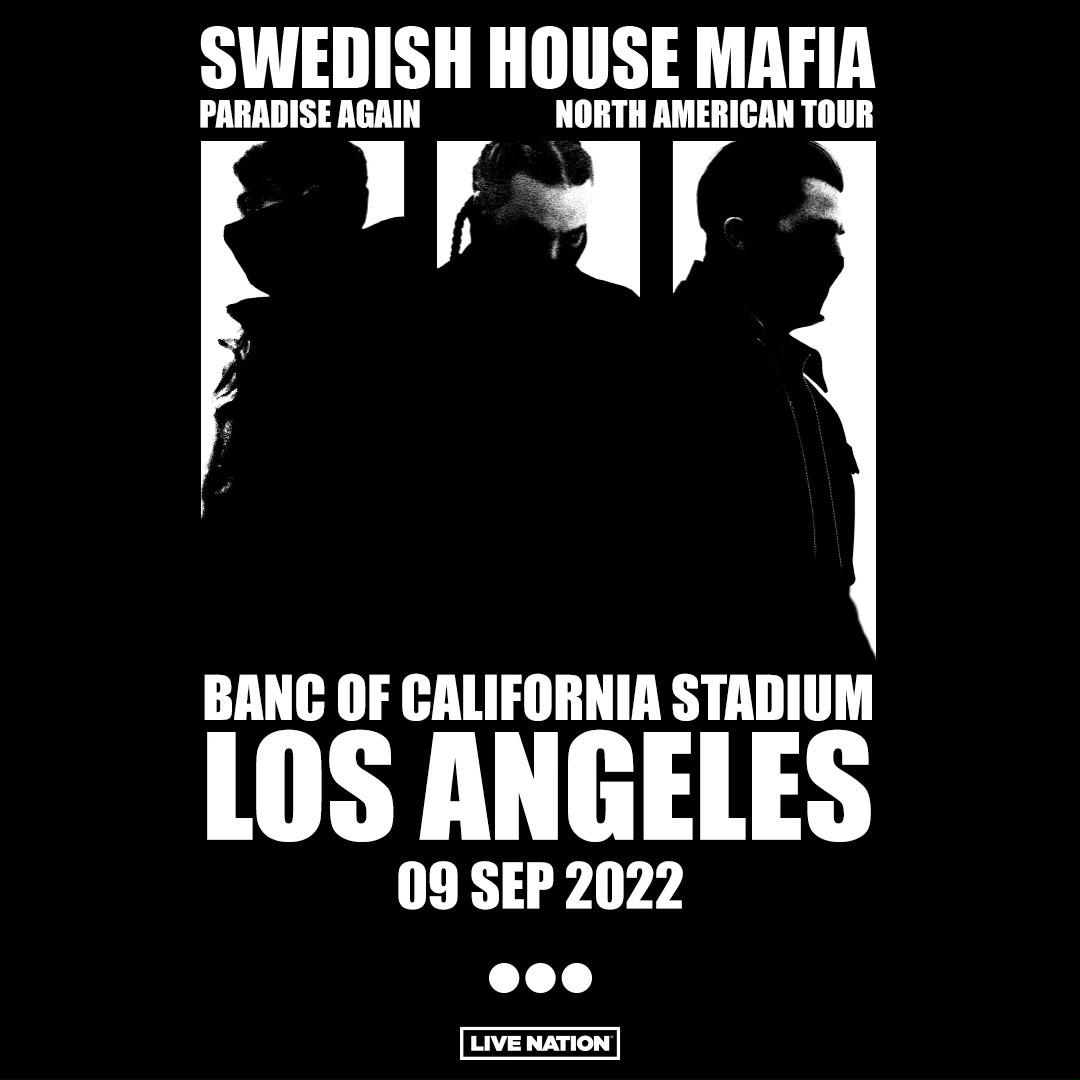