Since its debut over five years ago, CRSSD has blazed a unique path in the American festival scene. Fiercely independent, CRSSD has championed left of center house and techno in Southern California, bringing some of the world’s best DJs and producers to its unique oceanfront location, while showcasing the burgeoning power and diversity of live electronic music performance from its main stage.

This year’s Oceanview live stage is led by two of the most influential and popular acts in live contemporary music. Gesaffelstein leads a heavy French presence at CRSSD, the producer has helped reshape the sound of modern pop, collaborating with the likes of The Weeknd, Kanye West, A$AP Rocky, Pharell Williams, and Daft Punk. Ever dramatic, Gesaffelstein’s singular and expansive sound is hard to pin down, it’s broody, it’s punk and it’s unquestionably cool.

RÜFÜS DU SOL are one of the biggest stories to emerge in electronic music in the last five years, they have rapidly risen from playing intimate club gigs to selling out arenas. Their last CRSSD performance was a watershed moment for the band, drawing one of Ocean View’s biggest crowds. 2018’s Solace, was their most ambitious album yet and saw the live three-piece earn two Grammy nominations this year.

The Palms Stage is CRSSD’s home of house music. Led by local favorite Chris Lake, Grammy-nominated and Purified Records founder Nora en Pure. French touch is also well represented here with a special back to back between 2manydjs and Brodinski, Étienne de Crécy, French Express founder Perseus and Club Cheval’s Myd. Disco and upbeat house will be showcased by Purple Disco Machine, while Patrick Topping will mine deeper house vibes. London’s Prospa explores more off kilter sounds, while PAX are sure to bring the energy. 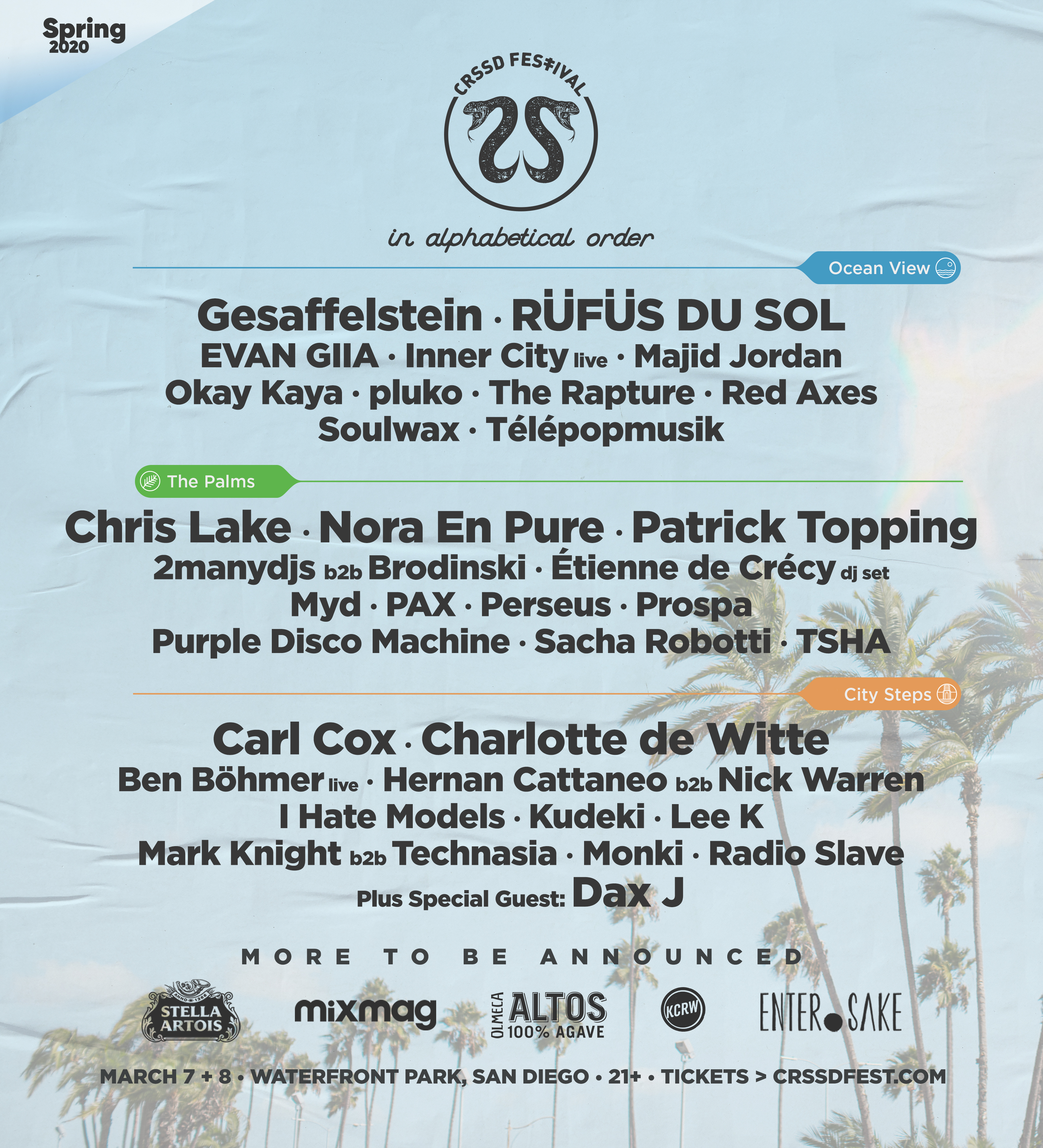