Top Dawg Entertainment (TDE) and Kendrick Lamar announced this week that the sold out THE DAMN. TOUR is expanding to even more cities across North America. Continuing throughout August and early September, the tour produced by Live Nation will have YG and D.R.A.M. opening for Kendrick starting Friday, August 11 in Anaheim, CA at the Honda Center. In support of Kendrick’s platinum selling number one album, DAMN., the first leg of the in-demand tour will feature previously revealed Travis Scott and D.R.A.M. in locations across the United States and Canada.

American Express® Card Members can purchase tickets before the general public beginning Thursday, May 18 at 10am. Tickets for these additional tour stops go on sale to the general public Saturday, May 20 at 10am. For more presale details and ticket information, click below. 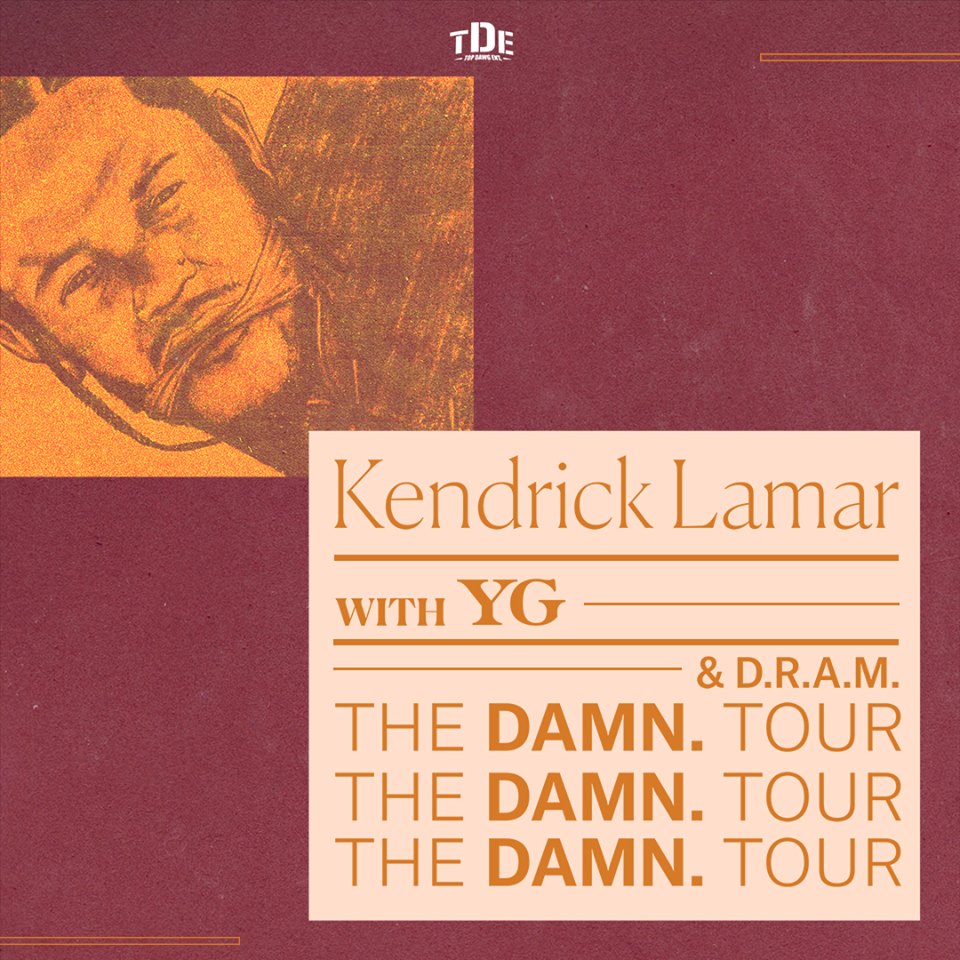 Check out the original and new dates below: