All Aboard, Dreamers! Join Paul van Dyk on his journey for Guiding Light Saturday, June 20 at the Hollywood Palladium.

The story of Grammy-nominated DJ, producer and scene-starter Paul van Dyk doesn’t begin in the 1991 techno incubator of Tresor, the 1995 Twilo-era Manhattan or the 1997 superclubs in Ibiza or London… It begins in 1985 and in his mom’s kitchen. It was there in Communist East Berlin that Paul van Dyk first caught the sounds of synthesized music broadcast over the West’s radio waves. It was among the most auspicious of meetings and its effect is difficult to overstate, having shaped the course of electronic music’s history for more than twenty years.

From the earliest ignition points of ‘For An Angel’, ‘Perfect Day’ and his ‘Age Of Love’ & ‘Love Stimulation’ remixes to 2015’s singles ‘Guardian’ & ‘Louder’, PvD’s gone from trance music’s standard-bearer to its most abiding & respected influence. He’s been deemed a ‘musical pioneer’ throughout his career with designations ranging from ‘originator’ to ‘icon’ and descriptions including ‘humanitarian’, ‘pacifist’ and ‘altruist’.

You have every reason to see the legendary Paul van Dyk this Summer 2020 as he headlines the iconic Hollywood Palladium on Saturday, June 20th in support of his new album ‘Guiding Light.’ Tickets on sale this Wednesday, 2/12 at 12 pm PT. 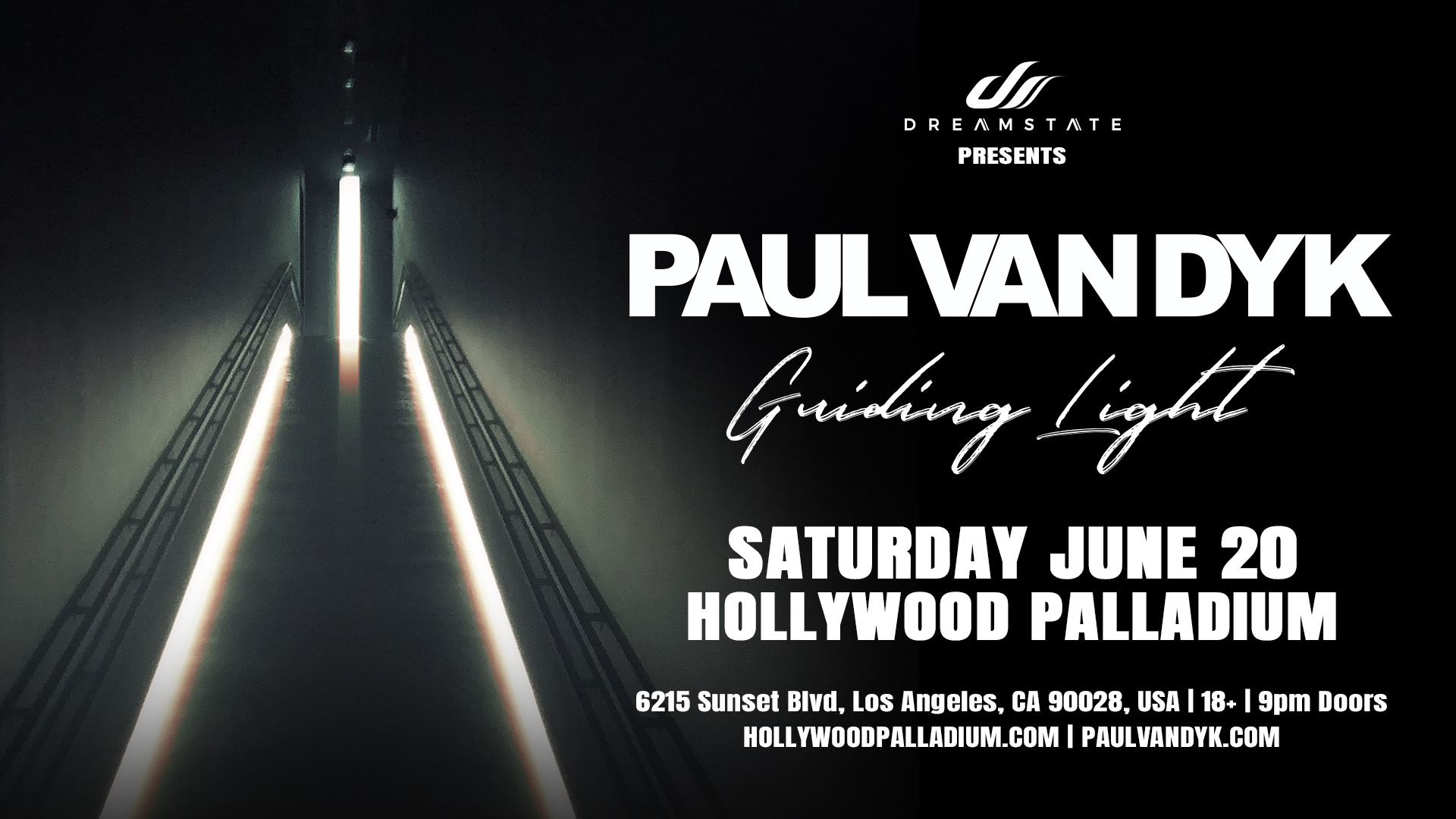