Earlier this month, Rolling Loud via their co-founders Tariq Cherif and Matt Zingler revealed that their annual music festival will be going beyond Miami and doing shows in California (Bay Area and Southern California), China, Japan and the United Kingdom. “Each show will feature a different assortment of hip-hop’s biggest superstars as well as underground heavyweights,” said Zingler. “Miami will remain as our home and premier event as we establish the Rolling Loud brand around the world.”

Today, Rolling Loud Bay Are, which prides itself in being the “number 1 Hip-Hop festival in the world,” has revealed the much-awaited lineup for the Northern California chapter of their fest. The Bay Area stop of the Rolling Loud Festival will take place October 21-22 at the Shoreline Festival Grounds in Mountain View, CA. As expected, they have a pretty solid lineup as well — Travis Scott, Lil Wayne, ScHoolboy Q, Lil Uzi Vert, Kodak Black, Young Thug, Playboi Carti, PnB Rock, A Boogie and Currensy are only some of the main performers at the event.

GA tickets start at $149 +fees, VIP at $349 +fees. Payment plans will be available. Single day tickets will not be sold. 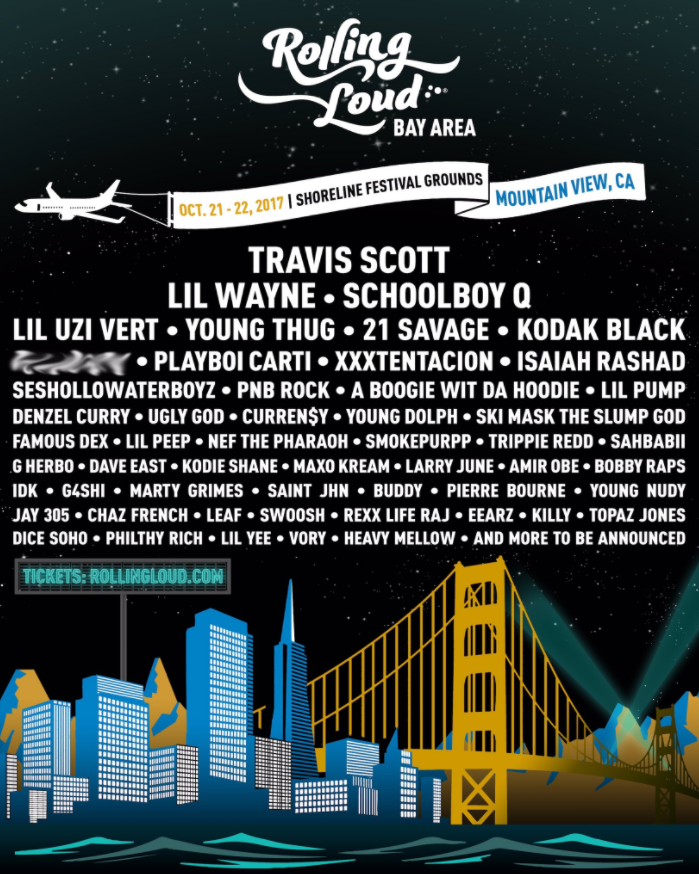